PSG sporting director Leonardo has confirmed that Pablo Sarabia will return to the Parc des Princes next season, pouring cold water over all transfer rumors. 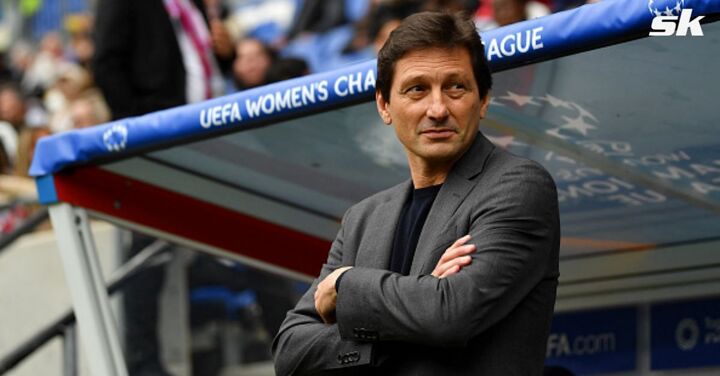 The Spaniard is currently away on loan with Portuguese side Sporting CP, whom he joined last summer for the 2021-22 season.

He's found his best form since, netting 14 goals and making another seven assists in 28 league appearances.

Yet, Sarabia won't continue in Lisbon as the club doesn't have the financial might to trigger the option to buy him permanently.

Several La Liga clubs had shown interest in signing the winger but it looks like he will return to Paris and continue there next season.

According to Portuguese news media Record, PSG's sporting director Leonardo has notified the player about the same.

Sarabia struggled for gametime with PSG after joining from Sevilla in 2019 but can expect a better situation this time around.

Kylian Mbappe and Angel Di Maria are set to leave Paris this summer after their contracts expire and there are doubts over Mauro Icardi's future too, thereby which he can realistically get regular first-team opportunities.

The Parisians reclaimed the Ligue 1 title from Lille this season but it wasn't their most impressive campaign, despite currently holding a 12-point advantage at the top of the table.

There were many occasions during the campaign where the side's performances garnered a lot of flak, and they've drawn each of their last three games too.

Despite a spate of new signings last summer, including that of Lionel Messi from Barcelona, the side weren't able to reach their full potential.

Throw in their Champions League and French Cup disappointments, and PSG's season looks even more of a disappointment, so much so that clouds of uncertainty linger over manager Mauricio Pochettino's future.

They only have two more games left in their 2021-22 campaign - away to Montpellier on Saturday followed by a home game to Metz on May 22.

Pochettino and co. will only be hoping to win both and finish their season on a strong note.