Lionel Messi joined PSG after parting ways with Barcelona last summer, a move that sent shockwaves across the football world. Parisian midfielder Leandro Paredes has now revealed that the attacker was on course to sign a new contract at the Camp Nou before things took a shock U-turn. Messi was all set to extend his stay at the club, but the Blaugrana couldn't offer him a contract extension without falling foul of La Liga's financial fairplay rules. PSG were quick to snap him up on a free transfer.

“We had seen him in Ibiza the day before, and the next day he was leaving to sign with his club; that was it. We insisted: ‘come with us’, but he told us: ‘ I already have everything arranged; tomorrow I will travel to sign. Then I don’t know what happened on that trip to Barcelona, because the same night he was going to sign the contract he told us he was coming here."

“When he told me that he had already arranged everything and that he was going to Paris to sign the contract, I told him: ‘I will not believe you until you sign, and I see you with the Paris Saint-Germain shirt."

Messi eventually signed a two-year contract with PSG after his 21-year-association with Barcelona ended. The Argentine will ply his trade in Paris till the summer of 2023, although there's an option to extend the deal by another year.

Meanwhile, it is true that Messi's Barcelona departure came as a huge shock to many. The Argentine was indeed close to staying put at the Camp Nou, with rumours claiming he had reached an agreement with the club. However, the Blaugrana poor financial situation meant they had to bid adieu to their talisman.

How has Lionel Messi fared since leaving Barcelona for PSG? 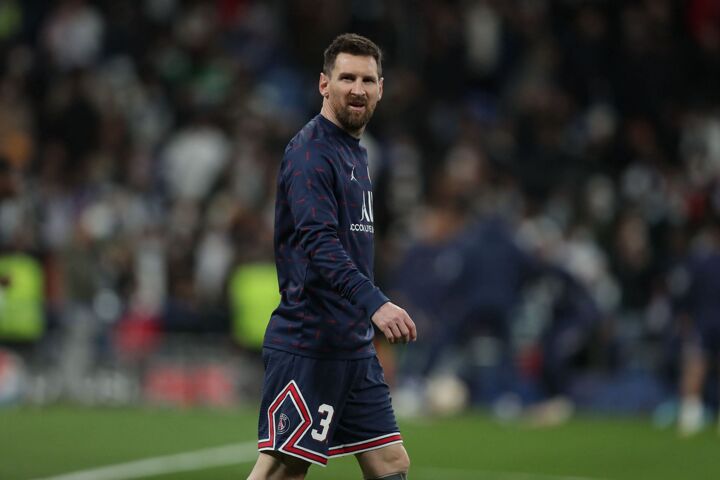 Contrary to expectations, Lionel Messi has endured a slow start to life at PSG, with the attacker taking a long time to adjust to his new surroundings. The seven-time Ballon d'Or winner has had one of the worst seasons of his league career, scoring just four goals in Ligue 1 so far.

Overall, the 34-year-old has contributed a paltry nine goals and 13 assists in 32 appearances for the Parisians across competitions. It remains to be seen if he'll bounce back in the next campaign.