With his Real Madrid contract expiring, Sergio Ramos is reportedly a target for two other European giants. 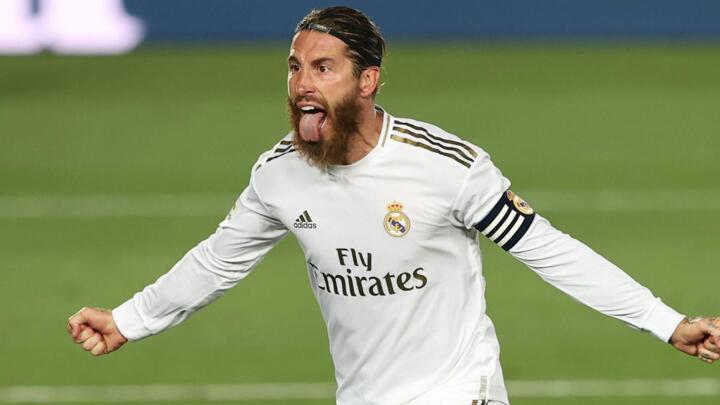 Sergio Ramos could reportedly leave Real Madrid for Juventus or Paris Saint-Germain, while Paul Pogba is being linked to Barcelona.

Madrid captain Ramos, 34, has been at the LaLiga giants since 2005, but his contract is expiring at the end of the season.

And his situation is catching the eye of two European giants.

Juventus and PSG have tabled contract offers for Madrid star Ramos, according to El Chiringuito.

Ramos is out of contract in June next year, leading to fresh speculation over his future.

The Spain international has won five LaLiga titles and four Champions Leagues among numerous other trophies with Madrid.

- Inter reportedly offered Bayern Munich and intriguing exchange during the transfer window. Sky Germany says Christian Eriksen was offered to Bayern by Inter, who wanted Jerome Boateng, but the Bundesliga champions turned down the deal.

- Sergio Romero wants out of Manchester United. The Sun reports the goalkeeper has begged the Premier League giants to let him leave amid apparent interest from MLS.

- Harry Wilson could be set for another loan spell away from Liverpool. After spending last season at Bournemouth, Wilson is being offered to Swansea City, according to The Sun.

- Danny Welbeck may stay in the Premier League. The Daily Mail reports the forward, who was released by Watford earlier this month, is attracting interest from Brighton and Hove Albion.

- West Ham's move for Brentford forward Said Benrahma has stalled, according to The Telegraph, and Aston Villa may make a move for the 25-year-old.