According to the Daily Mail, West Ham United are interested in signing Arsenal striker Eddie Nketiah if he leaves the club this summer. The 22-year-old striker's contract with the Gunners expires this summer and hasn't been renewed as yet. 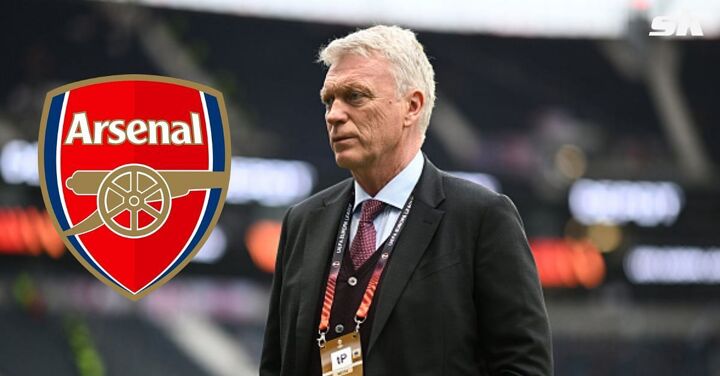 Nketiah wants more playing time and his representatives have had two meetings and are set to have one more with the Arsenal board regarding the same. He has largely played second fiddle to Alexandre Lacazette this season before the Frenchman's injury gave him some playing time.

Nketiah has taken the opportunity with both hands, scoring all four of his Premier League goals this season in his last four appearances. He has started just five league matches this season and 10 across competitions. Hence, he is now looking for regular playing time.

West Ham United are in a 'pole position' to sign the 22-year-old forward if he does leave the Emirates this summer. David Moyes is also interested in Aston Villa striker Ollie Watkins and Benfica striker Darwin Nunez. However, the latter will most likely join a club that can offer him Champions League football.

Arsenal manager Mikel Arteta wants Nketiah to stay with Lacazette's contract also expiring this summer. Hence, it will be interesting to see if the Spaniard and the club's board are able to convince the striker to sign a new contract.

The Gunners are currently fourth in the Premier League table and are in pole position to return to the Champions League next season. They are four points above fifth-placed Tottenham Hotspur with just three games remaining. However, they face Spurs away on May 12.

If Arteta's men hold on to fourth place, they will return to the Champions League for the first time since the 2015-16 season. This could give the Gunners a big financial boost and also attract some big-name players.

As per the report by the Daily Mail, the North London outfit are also interested in Nunez, who is looking for Champions League football. They are also interested in Manchester City's Gabriel Jesus, as per Football London. They could also strengthen other areas of their squad, which has been quite thin this season.