Lille have a rich history of finding talent, and they've proven it once again after the breakthrough season of Yusuf Yazici, who is turning heads after some excellent displays for the Ligue 1 side. 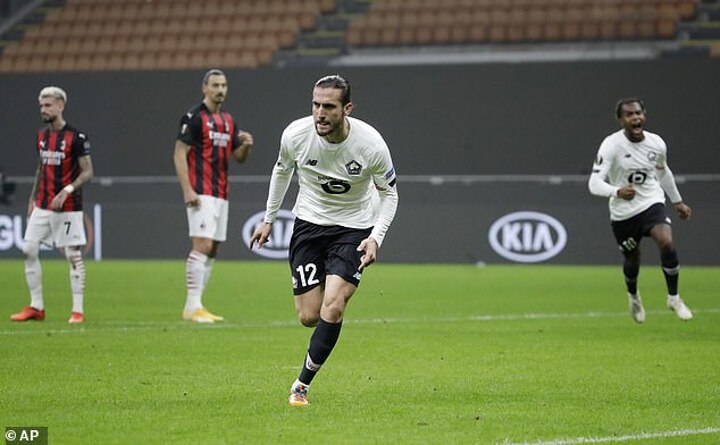 We've already seen a handful of stars make the transition to the Premier League after being spotted or produced by Lille, including Eden Hazard, Nicolas Pepe, Idrissa Gueye, Sofiane Boufal and Divock Origi.

Yazici looks to be next in line, and should he continue in his current vein of form then it won't be long until England's elite come calling for Lille's next big prospect. 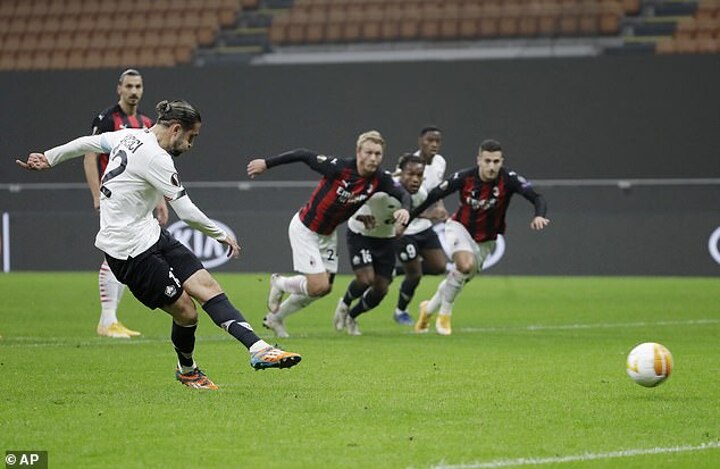 It's a shame there are no fans around to see him strut his stuff after some scintillating performances - especially in the Europa League, where he's netted two hat-tricks already in the group stage. One of those came against in-form AC Milan last week as they shocked the Italians 3-0 at the San Siro.

He will have his latest chances to impress when he turns out for Turkey against Croatia in a friendly on Wednesday night, and then in the Nations League against Russia and Hungary in the next week.

But who is the 23-year-old and what would make him such an exciting proposition for European clubs? Sportsmail takes a closer look.

Who is Yusuf Yazici?

Born in Turkey and quickly developing a passion for the game, Yazici excelled for his school side and was taken on board by Turkish Super Lig outfit Trabzonspor at the age of 11.

An attacking midfielder, his maturity and quality became obvious early on and he didn't have long to wait before signing his first professional contract with the club in December 2015 as he put pen to paper aged just 18. It turned out to be quite a week for Yazici as he would make his debut for his boyhood side the next day in the Turkish Cup, picked to start against Gaziantepspor.

His manager Hami Mandirali clearly liked what he saw as he gave him his first league appearance in February off the bench. He had to contend with a bit-part role for the remainder of the 2015-16 campaign, but offered a glimpse of his ability with two goals towards the end of the season. 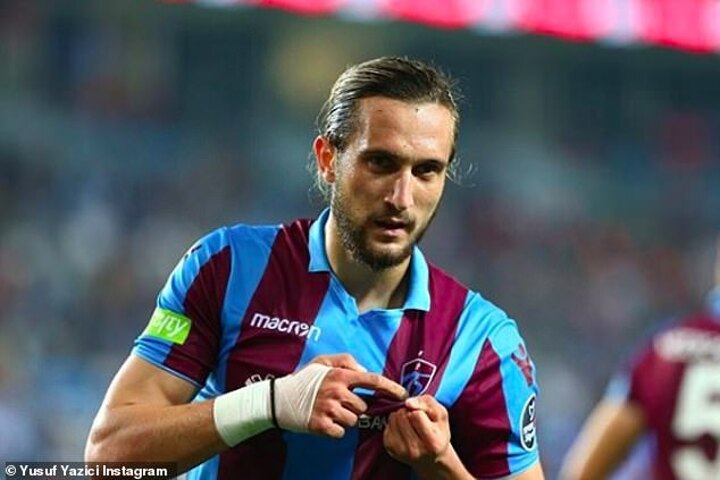 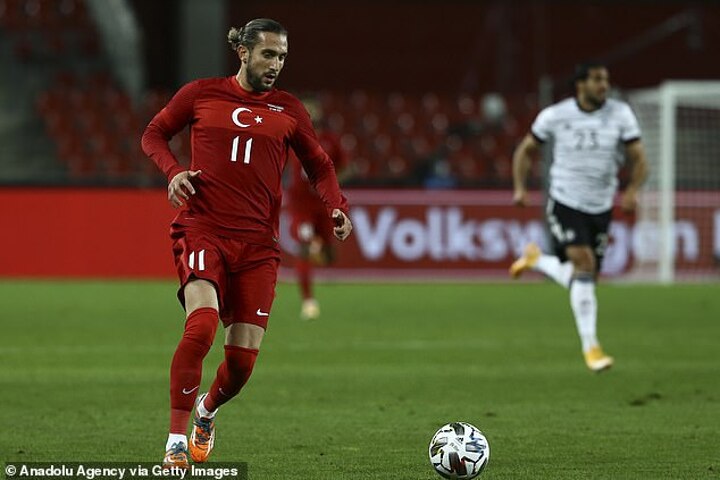 From then on he began to establish himself in the side - playing 22 times the following year, scoring six goals before his breakthrough year of 2017-18. He was an ever-present as he featured in 35 games in all competitions, scoring 10 goals.

Still in his early twenties at the time, Trabzonspor were faced with a challenge to keep hold of their starlet, but eventually caved in after Lille emerged as the favourites to seal his signature.

Liverpool were rumoured to be interested but the French outfit were willing to offer him regular football and offered Trabzonspor £16million - the highest transfer fee they had ever received - and it was a done deal. 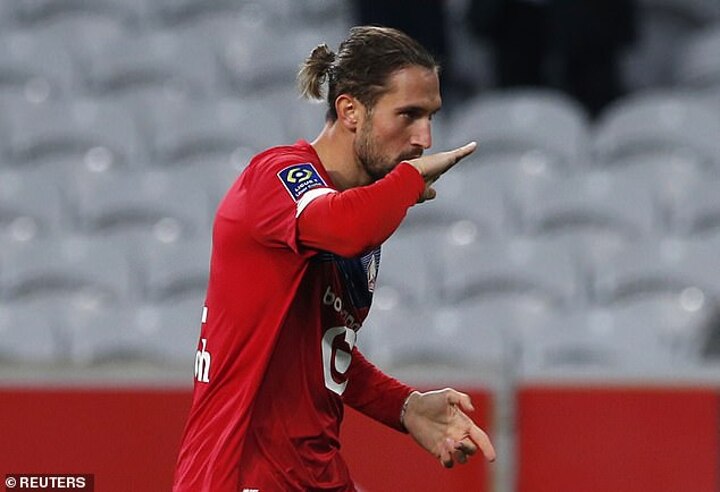 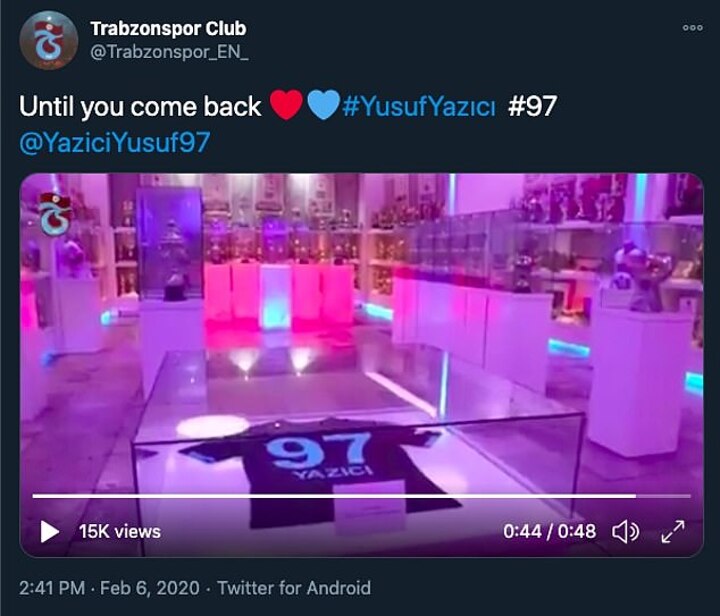 The Turkish side were so keen to keep him away from their rivals that they inserted a clause in the deal forcing Lille to pay £20m if they sold him to another team in the Super Lig. They even retired his No 97 jersey, insisting he could have it back if he ever returned to the club.

He has since played 34 times for the club and has already racked up 24 caps for the Turkey national side - scoring once.

What's his style of play?

Yazici is a versatile creative midfield player who can play at left wing or right wing - but really comes alive in the centre behind the striker. His footwork is easy on the eye and he enjoys driving forwards with the ball -  with impressive vision to pick out his team-mates and isn't afraid to have a go from range either.

He's definitely your man at set-pieces too - and was the regular corner and free-kick taker for Trabzonspor and has also taken on the responsibilities at Lille, providing a host of chances thanks to his dangerous, bending deliveries. 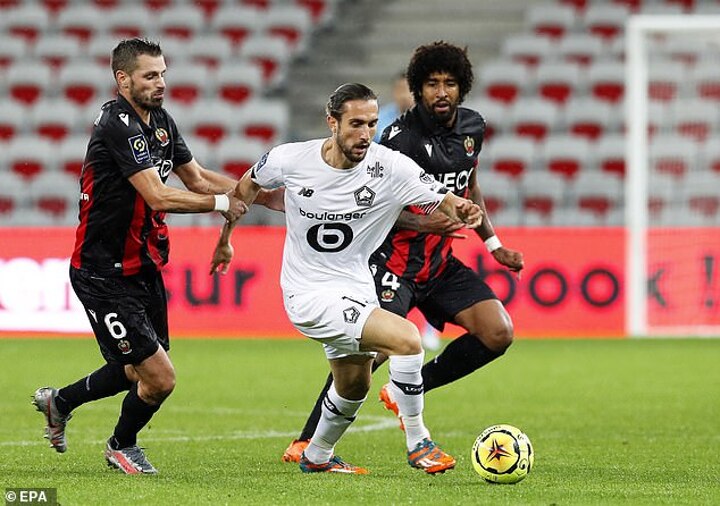 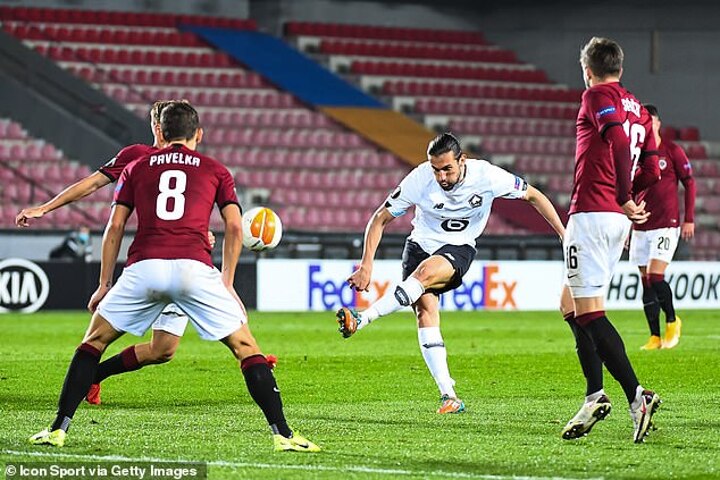 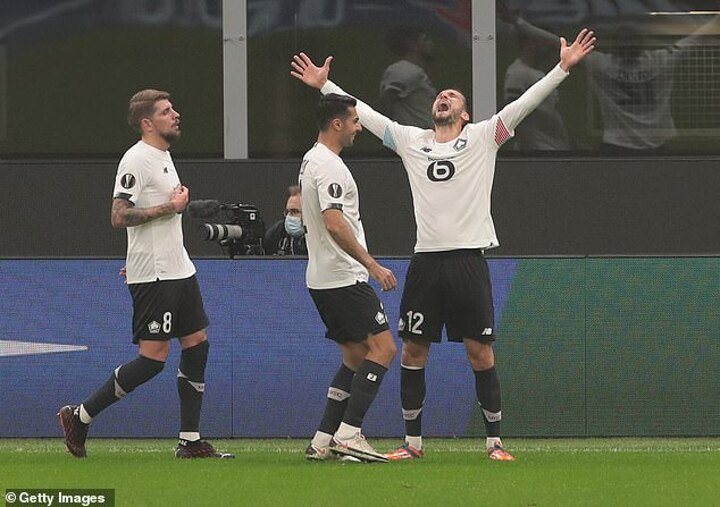 He uses space efficiently on the pitch and has that X-ray vision that we've come to expect from the likes of Kevin De Bruyne at Manchester City to create chances even when surrounded by opposition defenders.

The power he gets on his shots makes him a natural goal threat - as we've seen already this season thanks to his pair of hat-tricks in Europe. The variety in his goals highlights the threat he offers - his treble against Sparta Prague saw him start with a 30-yard piledriver before finishing with a header and a curling effort.

Against Milan, he got the ball rolling by slotting home a penalty before a long range effort - which Gianluigi Donnarumma should have dealt with better - and then wrapped up a smart passing move. Everything seems to go through him as the central creative force, whether it's with clever flicks or intelligent movement off the ball to get the team going.

Who has he been compared to?

When you've got the same agent and are both of Turkish heritage, it's only natural that the comparisons will come with Arsenal midfielder Mesut Ozil.

While the former Germany international is not at best at present, it's easy to forget he was once one of the most promising youngsters in world football prior to his big move from Werder Bremen to Real Madrid in 2010, where he then became the most creative force in world football.

It's clear to understand the links between the two when you look at the way they like to play the game - dictating proceedings in midfield with a strong left foot. But the Arsenal man has himself been encouraging the comparisons and once described him as 'one of the greatest' Turkish talents in football. 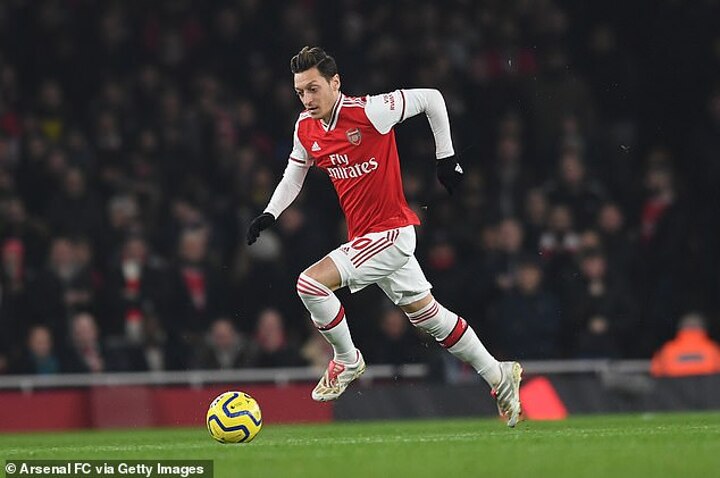 Speaking in 2018, he praised him as 'an amazing No 10' and tipped him for greatness.

'I really like Trabzonspor duo Yusuf Yazici and Abdulkadir Omur, they are incredible talents,' he told Turkish outlet Hurriyet.

'Yusuf Yazici is an amazing No 10. We have a lot of similarities and I myself in him. His left foot, his position, his close passing and calmness on the ball.

'We will see Yusuf at a big European club in the near future.'

A bold prediction from Ozil and one that end up coming true in the next year or two.

Believe it or not, the Gunners have been among the interested parties in Yazici for some time and reportedly made a £14.5m bid for him when he was with Trabzonspor.

Ozil's chapter at Arsenal looks to have firmly shut after being cast out of the team by manger Mikel Arteta, so could Yazici be his successor? Given his early accomplishments, it's easy to imagine Yazici fitting in seamlessly to life at the Emirates in their attacking style of play.

One of Yazici's representatives, Ahmet Cebeci, once claimed that there had been significant interest from Premier League clubs and that former Gunners boss Arsene Wenger even attended a game to see him play. 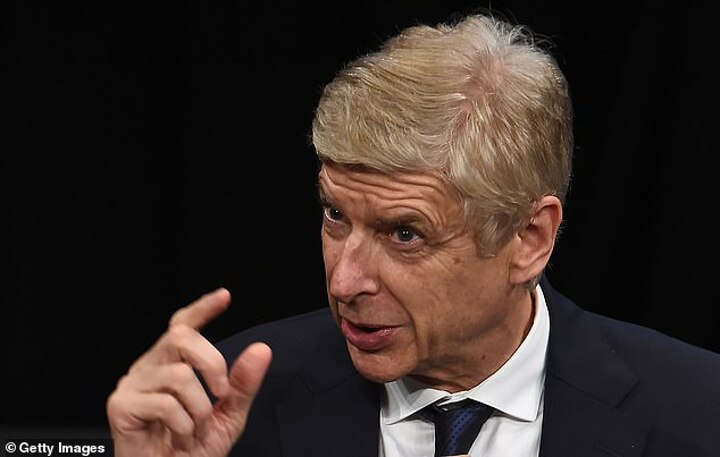 '[Agent] Erkut Sogut has been in talks with clubs and there is interest from the Premier League, Arsenal boss Arsene Wenger watched Yusuf in person.'

He's also said to have had scouts watch him from Manchester United, PSV and Lyon before he was snapped up by Lille, while Liverpool emerged as a possible suitor as they sought out more depth in their midfield in the summer of 2017.

Those rumours have subsided since he joined Lille, but expect speculation to ramp up again as we head towards the January window.

After firing in his first hat-trick against Sparta Prague last month, his Lille boss Christophe Galtier praised his varied skillset and claimed he was 'obsessed with the goal' and crediting him for reacting after the pandemic first arrived.

'He brings something different to our play with his left foot, his shot, and his vision. I decided to start him out wide and that was the wrong option and something that needed correcting rapidly.

'When he is between the lines, he has his vision and the quality of his left foot. He's obsessed with the goal. It was important for him and the team. I'm very happy for him. Recently, he has not been happy, and I can tell you that he is happy in the dressing room.'

'Last year, we invested a lot in him, we didn't have that profile and he was stopped by a nasty injury. Then there was the Covid, then the team started the season well without him, but he gave me the best answer by showing that he could be counted on. Yusuf Yazici now knows what remains for him to do.

As for the player himself - the ambition is clear. In March he spoke about his 'journey' and how he is striving to achieve his 'dreams'. He pointed out how he's began learning French to help aid his cause in Ligue 1, but also mentioned he was learning English too. Is that a sign he's ready for the Premier League?

'I have short, medium and long-term goals. I have a professional team accompanying me on this journey. I always dream and I work to achieve my dreams. Dreaming makes one feel alive. And it keeps me motivated.' 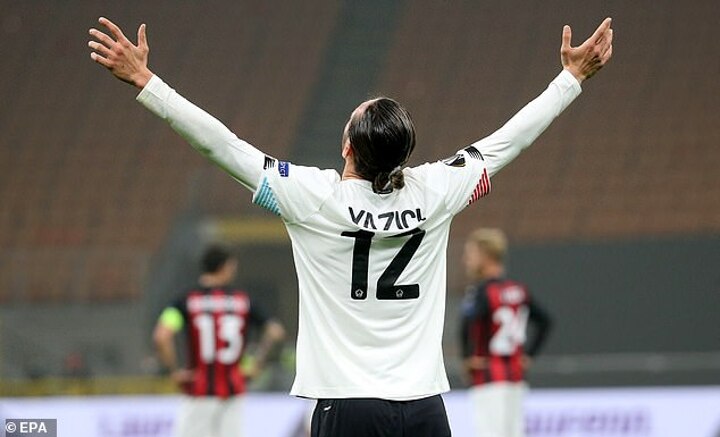 'For a football player, what you do off-field is as important as what you do on the field. For getting to know a country and its culture, you need to learn its language first. I'm taking French lessons in addition to my English lessons.

'I'm a person who can easily adapt to wherever I go. The only thing I have struggled with was the cold weather! Lille's very cold! But I got used to it too.'

Adapting to cold weather will be a useful tool for Yazici if a future in England truly does beckon.