MARIO BALOTELLI has been up to his mad celebration tricks once again.

The Italy international decided to congratulate one of his new team-mates by kicking him in the HEAD as the pair celebrated a goal. 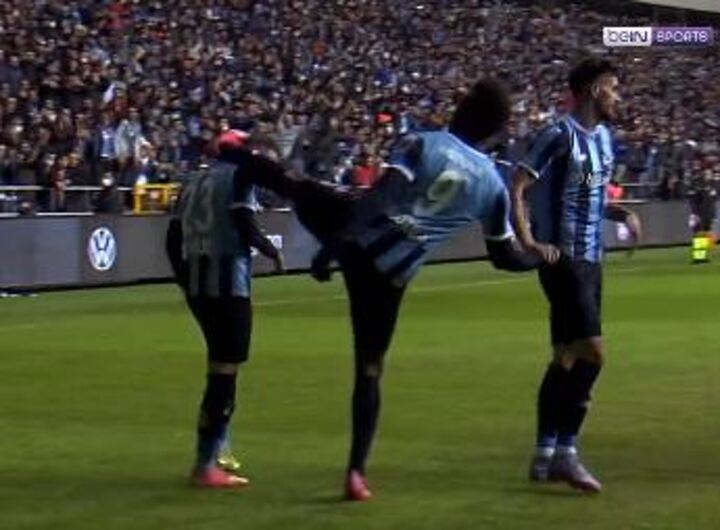 Balotelli moved to Turkish side Adana Demirspor in the summer.

And he couldn't contain his excitement when Yunus Akgun netted the opener against Super Lig giants Galatasaray.

The 6ft 2in striker took a swipe at his shorter colleague after celebrating in the corner.

Akgun was caught unaware and ducked just as Balotelli raised his boot.

But he failed to react quickly enough as his maverick team-mate connected with the back of his head.

Balotelli casually strolled away as Demirspor No.77 Matias Vargas ran in for a hug.

Demirspor eventually ran out 2-0 winners with a second from Akgun, propelling themselves to fifth in the Turkish top flight.

Balotelli has form when it comes to barmy celebrations.

The ex-Manchester City star famously revealed a shirt with 'Why Always Me' printed on the front after scoring against local rivals Man United.

He once also memorably tore off his shirt to pose bare chested after Italy dumped Germany out of Euro 2012.