Arsenal's hopes of signing Dayot Upamecano this summer are over after the defender signed a new contract with RB Leipzig until 2023. 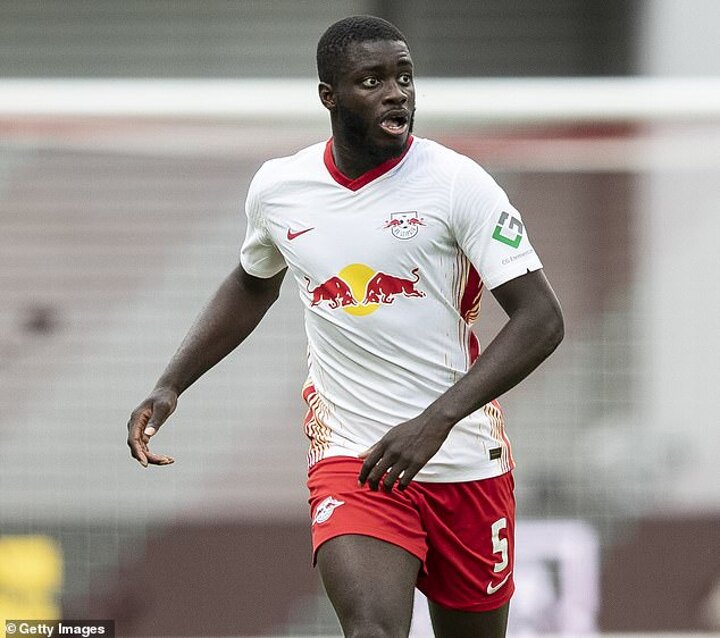 Upamecano, 21, has been heavily linked with Arsenal in recent years and there had been suggestions that the Gunners could attempt to sign him in an attempt to address their long-standing defensive issues.

However, Leipzig announced that the centre-back has committed his future to them.

Leipzig posted a video on their Twitter account which showed Upamecano checking his phone and answering a call from the club.

An Arsenal fan responded to the video by saying: 'Is that Arsenal phoning for Upamecano?', to which Leipzig replied: '*rejects call*'.

Upamecano told the club's official website:  'I feel right at home here in Leipzig - the overall package is perfect. We had good conversations with Oliver Mintzlaff, Markus Krösche and Julian Nagelsmann, which showed to me that extending my contract was the right decision for me to make.

'Our young and hungry team is part of an ambitious club. I want to take the next step with Leipzig and reach our aims, because I'm convinced by the way we play our football. 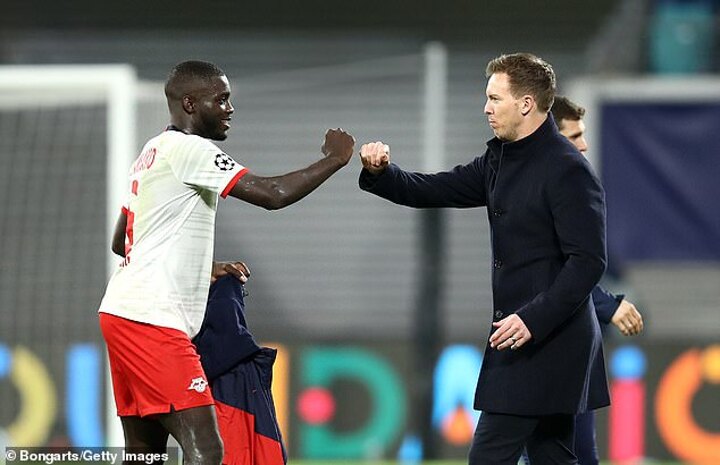 'I have been in Leipzig for over three years and I have continued to improve alongside the team's development. I want to carry on developing personally, and I think Julian Nagelsmann is a coach that can bring me to the next level.'

It has been reported that Upamecano's new deal has a release clause of £55million.

The Frenchman's previous deal was set to expire in 2021 and, in addition to Arsenal, he had been linked with the likes of Bayern Munich, Manchester United and AC Milan.

Upamecano joined Leipzig from Red Bull Salzburg in 2017. He has since gone on to play over 100 times for Leipzig and has featured in the Champions League.