Paris Saint-Germain (PSG) are ready to part ways with world-record signing Neymar Jr. and have offered the player to his former club, Barcelona. The Brazilian is represented by agent Pini Zahavi, who is also the agent of Robert Lewandowski. 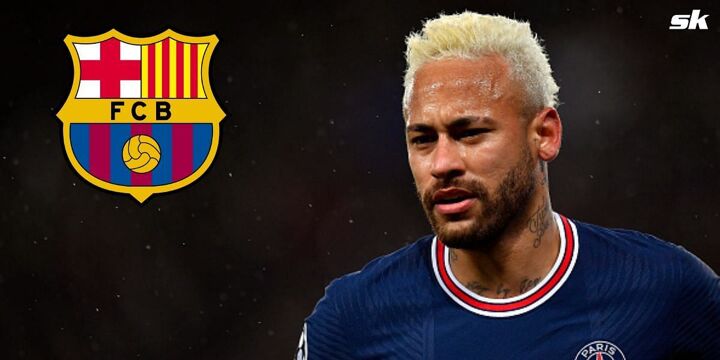 So, it could be said that Zahavi is trying his best to get at least one of his clients to Camp Nou. El Chiringuito, via Sport, reported that PSG are willing to sell the 30-year old star to Barcelona and want £43m for him. Journalist Jose Alvarez believes that the price tag is negotiable and Neymar is not opposed to the idea of a return.

However, both Sport and French outlet RMC Sport have disclosed Bluagrana's stance on the matter, reporting that they are not interested in coughing up the cash to sign their former superstar. The PSG forward is currently on vacation and is only getting updates on his uncertain future through these reports.

His current contract at the Parc des Princes does not expire for another three years. Although Zahavi has tabled Neymar as an option for Barcelona, their priority remains the signing of Lewandowski. RMC Sport quoted an El Chiringuito journalist as saying:

"For the moment, the club is not considering the Neymar option."

"We can't talk about these issues in the media, some will come and others will leave, but these are private negotiations."

Since joining the Parisians in 2017 for €222 million, the Brazil international has scored 100 goals and provided 60 assists in 144 appearances. Although he's helped them to four Ligue 1 titles and other domestic cup successes, the Champions League continues to elude them.

Vasco da Gama midfielder Andrey Santos dropped onto the radar of the Blaugrana and the Parisians after breaking onto the scene in the Brazilian league. Le10Sport reports that the two clubs could battle it out for the 18-year old's signature, who is valued at €8m. Everton and Genoa have also been mentioned as interested parties.

The teen prospect has made 13 appearances for the Vasco da Gama senior side so far. He has the ability to increase the squad depth for both European giants, but will most likely only be seen as one for the future.