Alphonso Davies has been a regular for Bayern Munich this season, but the left-back is facing a spell out with a heart issue. 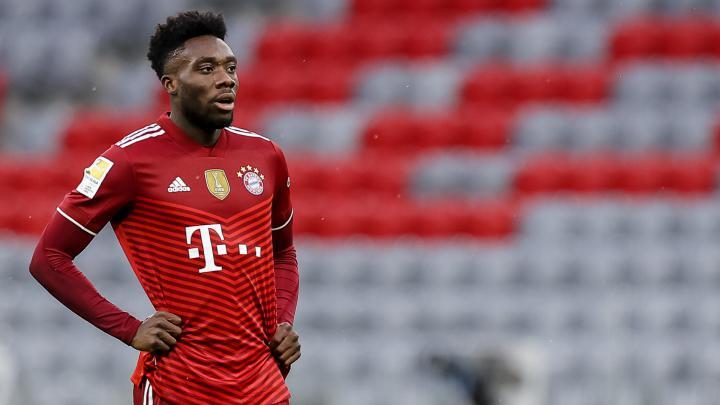 Bayern Munich defender Alphonso Davies is unable to take part in training due to a mild inflammation of the heart.

The 21-year-old has not featured for Bayern since December 17 after testing positive for covid-19 earlier this month.

Davies had been due to return to action for the German champions this week, but routine checks discovered another medical issue.

Bayern boss Julian Nagelsmann confirmed at a news conference previewing Saturday's trip to Cologne that the Canada international will be out of action indefinitely.

"When we did our follow-up examination we do with every player that has had Covid-19, we detected signs of mild myocarditis, an inflammation of the heart muscle," he said.

"He'll sit out training until further notice. He won't be available, also in the coming weeks.

"The ultrasound shows this myocarditis isn't so dramatic, but it's a sign of myocarditis. Still, it has to heal and that will definitely take some time."

Davies has started 22 of Bayern's 27 matches this season – only Manuel Neuer (25), Thomas Muller and Robert Lewandowski (both 26) have started more regularly.

He has made 16 appearances in the Bundesliga this term and leads the way in the division for dribbles attempted (97) and completed (61).

Davies' lay-off is also bad news for Canada as they have two crucial World Cup qualifiers at the end of this month.

While the left-back will sit out Bayern's clash with Cologne, Nagelsmann will welcome back six others from last week's shock 2-1 home loss to Borussia Monchengladbach.

No risks for Nagelsmann

But Nagelsmann will not take any risks when it comes to the fitness of Manuel Neuer, Dayot Upamecano, Omar Richards, Leroy Sane, Corentin Tolisso and Tanguy Nianzou

"None of them are 100 per cent fit," he said. "Some of them had coronavirus symptoms. They're back in the squad, but none except Manu are ready to start or play for long.

Asked about Tolisso's availability, Nagelsmann said: "He had no symptoms and has come back the fittest. We have to see, but he'll be involved."

Leon Goretzka, Kingsley Coman and Lucas Hernandez will miss out this weekend, while Eric Maxim Choupo-Moting and Bouna Sarr are on Africa Cup of Nations duties.

Bayern have won each of their last eight Bundesliga games against Cologne and are unbeaten against them in their last 15 league games (W14 D1).

Steffen Baumgart's sixth-placed side have won their last three league games, however, which is as many as they managed in the previous 14 combined.