Bayern Munich are still to appoint a new head coach, but caretaker Hansi Flick is only concerned with getting a result in the Allianz Arena on Saturday. 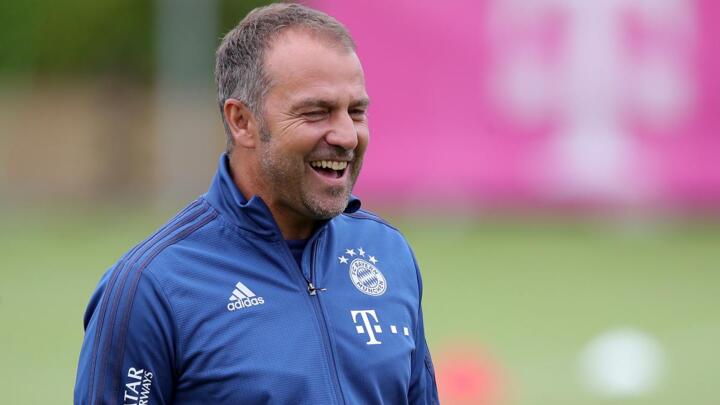 Hansi Flick has reiterated his stance regarding the future at Bayern Munich, determined only to concern himself with "the finish line" against Borussia Dortmund.

"Dortmund is the finish line," Flick told a news conference. "We want to get there with a win. That's what drives me and the staff. I feel that the team is ready.

"Everything else does not concern me. It's about Bayern - I have accepted that. The club will make their decision."

Flick used to pressure after Euro 2008

The pressure of Der Klassiker will not get to Flick, though, as he added: "I have seen many important games - for example, with the national team [assistant Flick stepped in for suspended coach Joachim Löw at Euro 2008].

"I am enjoying the two games now. I am relaxed, although the nights do not bring a very deep sleep. You worry."

Kovac's position at Bayern appeared to be weakened by a dispute with Thomas Müller, who he suggested would only play a fringe role going forward.

Müller is back in the fold but it did not take Flick long to run into problems with naming a team from Bayern's packed squad.

Thiago Alcantara and Philippe Coutinho were both left out of the side against Olympiacos, settling for places on the bench.

"It is quite normal that you are angry if you do not play," Flick said. "But all who are in our 18-man squad can play. Everyone knows that the situation is not easy. It's a normal mix in professional football."