Bayern Munich fans expressed solidarity with those protesting in Iran over the death of Mahsa Amini during their game with Bayer Leverkusen on Friday night, while also showing support for Leverkusen's Sardar Azmoun. 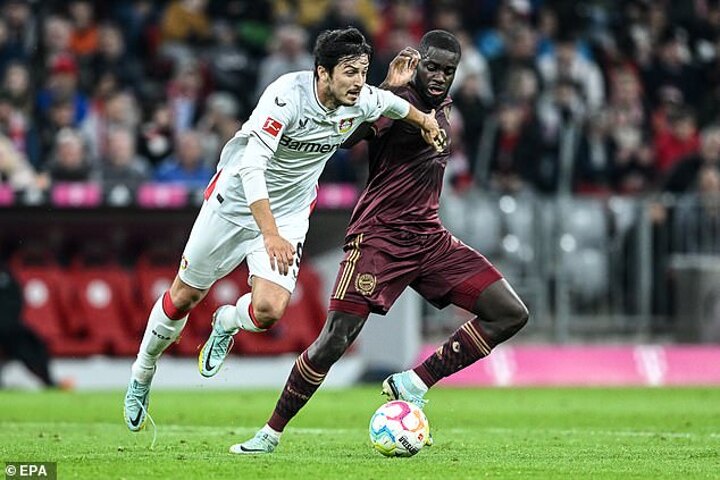 Thousands of Iranians have taken to the streets over the last two weeks in protests over the death of Amini, a 22-year-old woman who had been detained by the morality police in the capital Tehran for allegedly wearing her mandatory Islamic headscarf too loosely.

The protesters have vented anger over the treatment of women and wider repression in the Islamic Republic. The nationwide demonstrations rapidly escalated into calls for the overthrow of the clerical establishment that has ruled Iran since its 1979 Islamic revolution.

The protests have drawn support from all over the world with Amnesty International saying on Friday that security forces in Iran had killed at least 52 people since they begun.

Iran's national football team have also spoken up on the matter, including 27-year-old Azmoun, who plays for Leverkusen.

Iran played two games during the international break - against Uruguay and Senegal, both in Austria and behind closed doors in attempts to dissuade protest by edict of the Iranian FA, while media access was restricted.

Before kick-off against Senegal, their final match before the World Cup, they covered their national team's kit and emblem during the national anthems.

The team stood arm in arm prior to the match, and only took off their black jackets to play the match in Austria, while several players also blacked out their Instagram profile pictures. 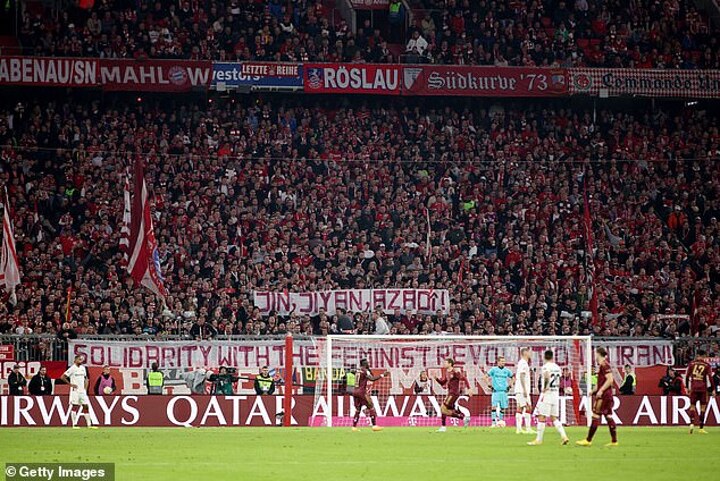 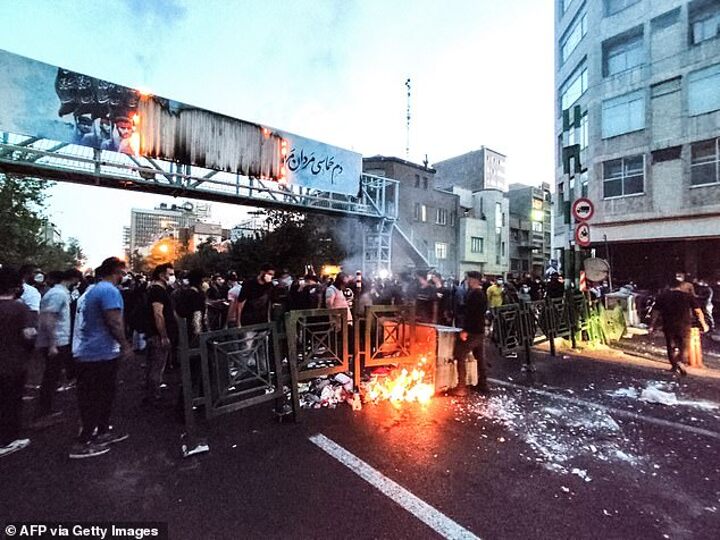 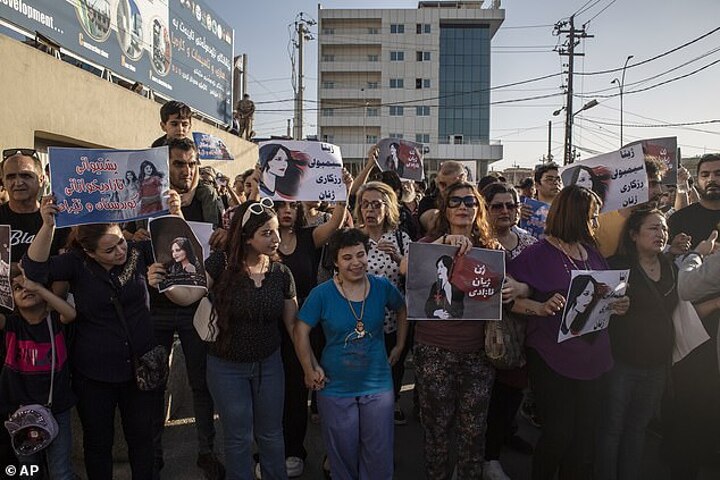 However groups of protestors flocked to the stadium in an attempt to get their message heard on national broadcasts as the clamour for justice continues.

Allegedly members of the national team squad were also living under strict orders to stay silent during the break.

However, Azmoun, who has scored 41 times in 65 caps for the national team, broke the silence in an Instagram post, speaking out against the Iranian government and providing his support to women's rights.

The 27-year-old could face expulsion from the national team as a result of speaking out, meaning he would miss out on the World Cup in Qatar. 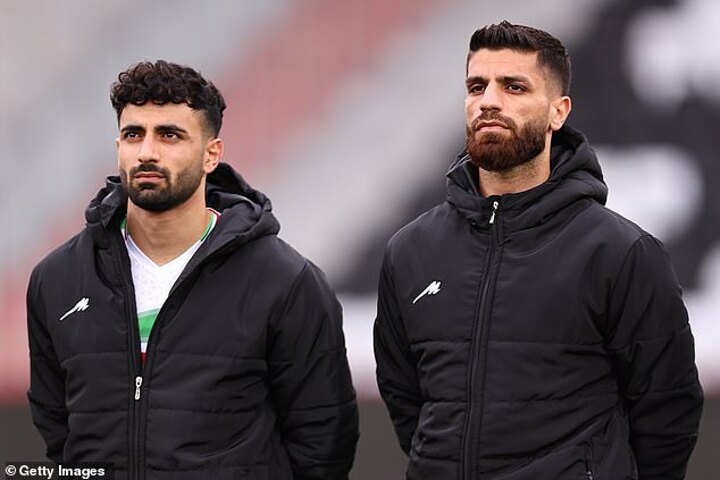 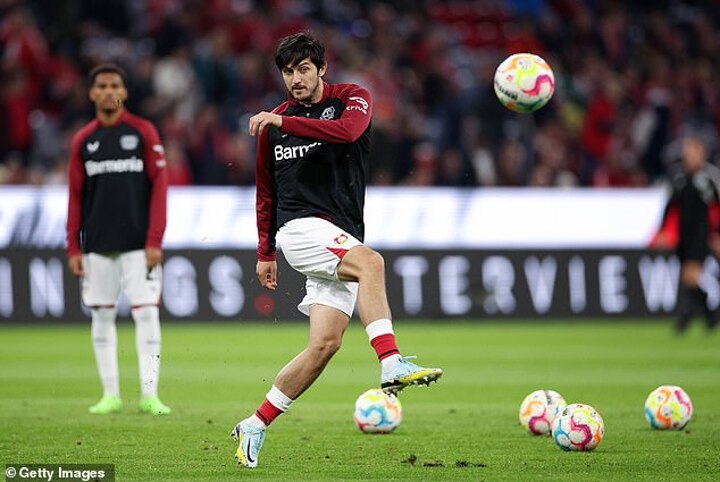 His post on Sunday read: 'At worst I'll be dismissed from the national team. No problem.

'I'd sacrifice that for one hair on the heads of Iranian women. This story will not be deleted. They can do whatever they want.

'Shame on you for killing so easily; long live Iranian women.' 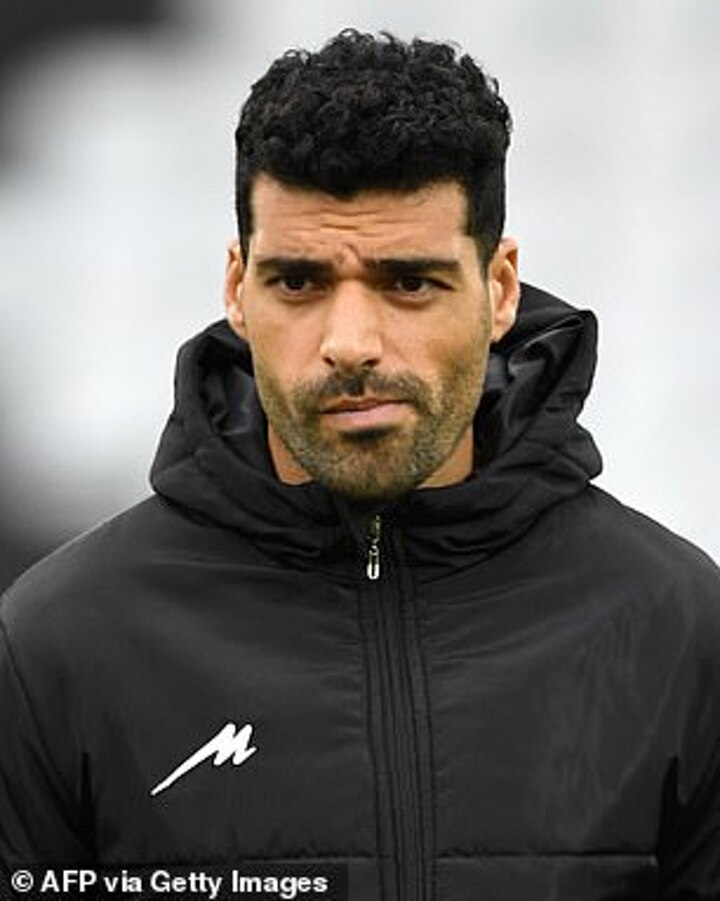 His post was later taken down in favour of a less strongly worded version, but the forward has since joined his team-mates in blacking out his social media profile pictures as a show of solidarity.

During Friday's game, as he came on in the 61st minute, Bayern fans unveiled the supportive banners. One said: 'Women, life, freedom' in Farsi, which is a common chant that has been heard during the protests.

Another protest read: 'Solidarity with the feminist revolution in Iran.'

Leverkusen boss Gerardo Seoane had previously stated on Thursday the club had been providing Azmoun with all the support he needs and praised his forward.

He told his pre-match press conference: 'This issue has made huge waves. He is a great role model in his commitment and his behaviour.

'It is now also up to us to put an arm around him and help in this difficult situation.'

Azmoun is one of a number of Iranian footballers to speak out.

After Amini's death, Alireza Jahanbakhsh, captain of the national team, posted an image of a young woman with her arms raised toward a flock of doves.

Ehsan Hajsafi, who was also in the starting XI against Uruguay, published something similar. Both appear to have been forced to delete the posts, which mysteriously vanished.

Furthermore, Hossein Mahini, a former Iranian international, was allegedly detained due to his support for the protests.