There will be no return to England next season for the GOAL NXGN 2022 starlet, who has committed himself to the Black and Yellow 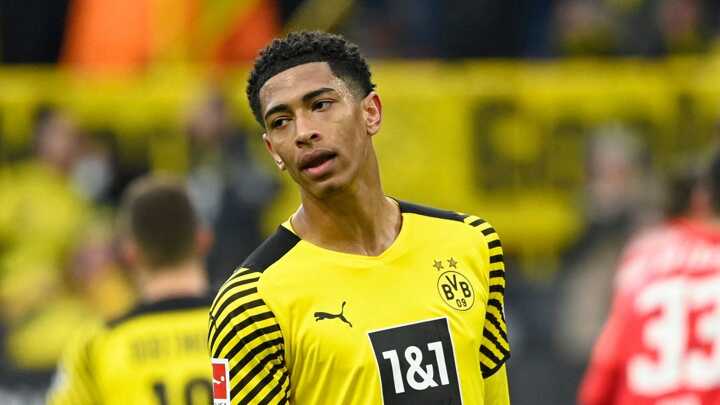 Jude Bellingham has reaffirmed his commitment to Borrussia Dortmund for the near future, ruling out the possibility of following in the footsteps of fellow high-profile team-mates by making a move to the Premier League.

But now he has poured cold water over suggestions he might look to walk out of the door and says he will stick with the club.

What has Bellingham said on his future?

"The only future I think about is the next game for Dortmund," Bellingham told Ruhr Nachrichten. "I'm really looking forward to next season. I can't wait for it to finally start.

"I'll be here next season and I'll be ready."

The GOAL NXGN 2022 star also paid tribute to the club's staff for tempering expectations, adding: "I'm really grateful to Dortmund for the way they encouraged my talent. I think a lot of the credit goes to the coaching staff and staff who keep the hype around me down.”

What has Bellingham said on Dortmund's chances?

In remaining with Dortmund, the England star hopes that he can help the club finally break the monopoly on the Bundesliga that Bayern Munich have held for a decade.

"Breaking a ten-year streak would be incredible for Borussia Dortmund and for me personally, and that's why we're attacking again next season," he added.

"It would be one of the greatest achievements in Europe to beat the team that has been dominant for so long. I think that would be really big and that has to be our goal every year.”