Bayern Munich defender Matthijs de Ligt has showered praise on his former teammate Cristiano Ronaldo, hailing the Portuguese as “the best player inside the box” and a “great teammate.” 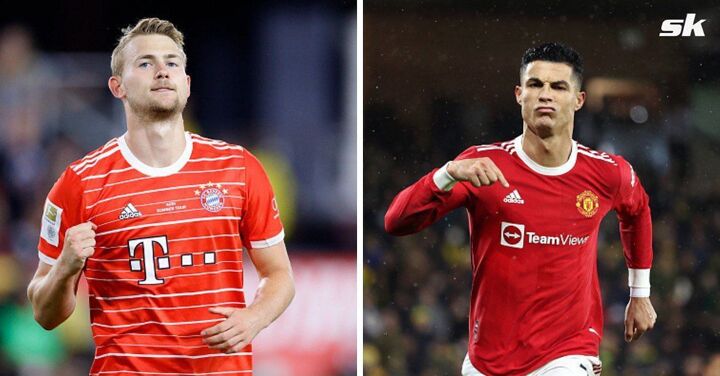 De Ligt, who joined Bayern from Juventus for €66 million this summer, shared the dressing room with Ronaldo for two seasons in Turin.

Drawing from first-hand experience, the 24-year-old centre-back lauded the Manchester United star for being an inspiration for younger players. De Ligt also hailed Ronaldo for showing the world how to remain competitive even in the twilight of his illustrious career.

Speaking to Kicker (via iMiaSanMia), the new Bavarian signing said:

“He’s a great character, speaks a lot with his teammates and the young players and is always willing to help. He’s soon to be 38 and has the shape of a 24-year-old and still scores his goals. You can only admire him.”

De Ligt thinks that Ronaldo did well at Juventus and dubbed him the best player in the world inside the opposition box.

“He did a great job in Juventus, scored goals and was a great teammate. If you ask me who’s the best player in the world inside the box, I would say Ronaldo. You should always keep your eyes on him, otherwise he would score.”

Before re-joining Manchester United last summer, Ronaldo played a total of 134 games across three seasons for Juventus, recording 101 goals and 22 assists. He helped the Bianconeri win two Serie A titles and an Italian Cup, amongst other honors.

Bayern Munich director of football Oliver Kahn admitted that the club held discussions over signing Ronaldo this summer, but could not find a way to justify his addition.

Kahn insisted that although he had great admiration for the 37-year-old, he did not think the former Real Madrid star would fit into Bayern's current philosophy.

“We discussed about Cristiano Ronaldo internally - I consider him one of greatest footballers ever. Then we came to conclusion that, despite appreciation for Cristiano, he would not fit into our philosophy in the current situation.”

Ronaldo, who is believed (via Romano) to be pushing for a Manchester United exit this summer, still has nearly a year left on his contract (June 2023) with the Red Devils.