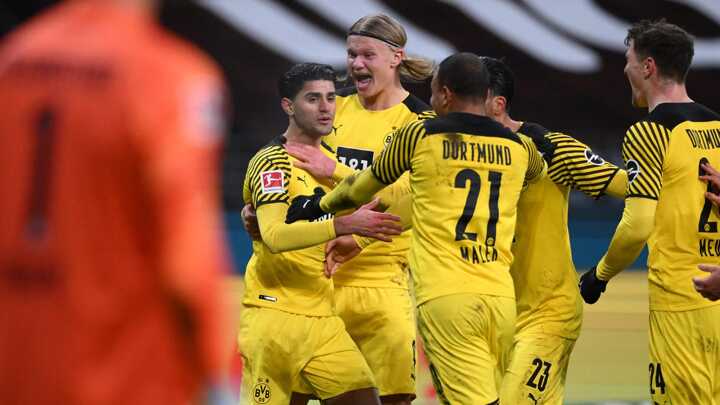 The visitors to Signal Iduna Park currently occupy the final Champions League spot, seven points behind second-placed Dortmund, and having beaten their more illustrious opponents when they met earlier in the season in Freiburg, Christian Streich's men will be hopeful of getting something out of Friday's clash.

The hosts have won 14 of the last 16 matches league matches they have played in front of their own fans and another success for Dortmund can be backed at 1/2 (1.50) with bet365.

Freiburg may have won their last two games against Dortmund but that was in their own stadium, with the side from the south west of the country not winning at Signal Iduna Park since 2001.

Dortmund have scored five goals in their last two matches yet Erling Haland has failed to get himself on the scoresheet.

No player in the Freiburg team has scored more than four league goals this term with the goals being distributed around the squad.

Lucas Holer is offered at 10/1 (11.00) to score first, while Kevin Schade is available at the same price.

Goals look guaranteed on Friday night with this fixture providing plenty of entertainment in recent years.

Over 2.5 goals has paid out in 10 of the last 13 meetings between these sides and both teams come into the clash in strong scoring form.

Dortmund have scored in 18 consecutive matches in all competitions, netting at least twice in six of their last seven encounters.

Freiburg, meanwhile, have also shown consistency in the final third, netting in 15 of their last 18 games, and have scored twice in each of their last two games against Dortmund.

Neither side has been solid defensively either which should make for an open and exciting encounter with plenty of goals at both ends.