Manchester City have established themselves as the nail-on favourites to win the Premier League this season and could be set to conquer Europe too. 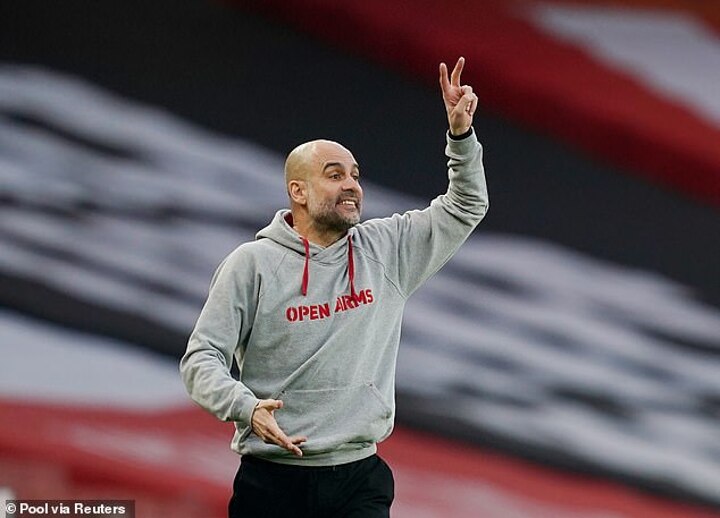 City delivered a chilling warning to their competitors by thrashing Liverpool 4-1 in February – moving five points clear at the top of the table, with a game in hand on all of their rivals.

Following their triumph over the Reds, that gap has grown to what now looks an unassailable 10 points.

City have gone on to assert their authority over the rest by becoming the first team in top-flight history to win their opening 10 matches of a calendar year.

During that time City beat Chelsea, Liverpool and Everton before finishing off Tottenham at home and winning at Arsenal. They even scored a total of 28 goals and conceded just three without their key playmaker Kevin De Bruyne and their ruthless striker Sergio Aguero.

Pep Guardiola's men are on an impressive 18-match winning streak, and it will take some stopping them at this rate.

But every cup competition carries an element of fear as one simple mistake can see you knocked out - evidenced by the fact a Champions League trophy has eluded City under Guardiola's reign. 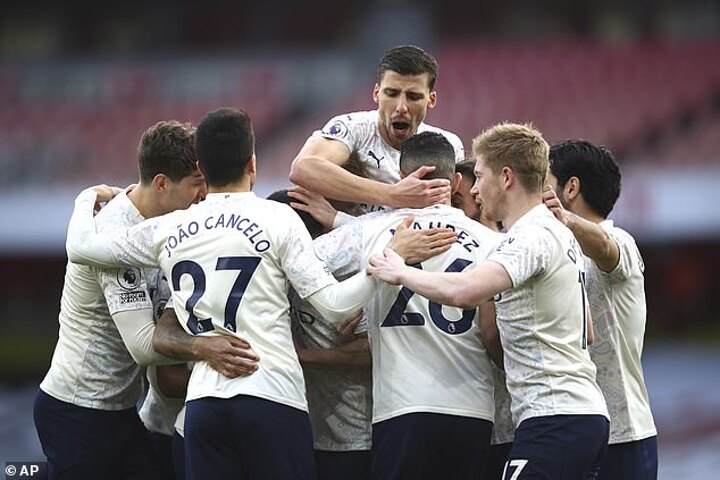 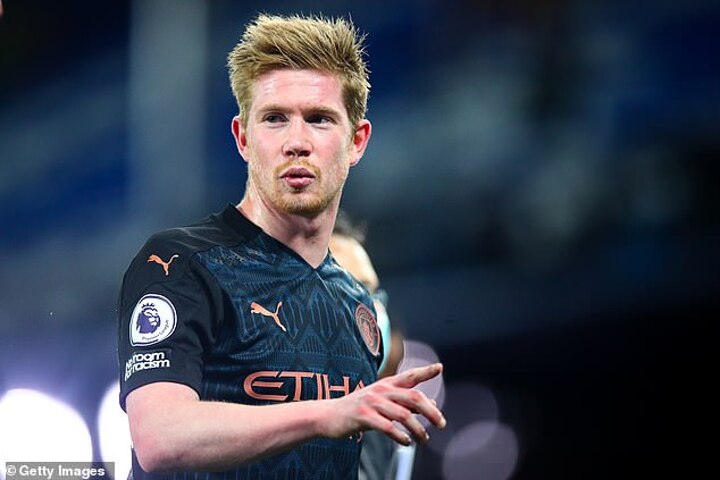 Nevertheless, City have become the only English club to remain in every competition they entered this season and could be on track to pick up their first Champions League title under their Spanish manager.

No other team has the same depth of experience beyond their starting XI at City – allowing Guardiola to rotate his squad and keep his players fresh amid the hectic 2020-2021 schedule.

While current champions Liverpool are in domestic freefall, they are however on course for the last-eight after a first leg victory over RB Leipzig last week. But other European giants, including Barcelona and Real Madrid, are struggling for form this season.

It is clear that Barcelona have been a shadow of their former selves this season, and it looks unlikely that their misfortune is going to end any time soon.

Barcelona hit rock bottom after their 8-2 humbling at the hands of Bayern Munich and Ronald Koeman's arrival has had little impact.

They came under fire recently after being held to a draw at home by lowly Cadiz, conceding an 89th-minute equaliser. Despite Lionel Messi's penalty, they were unable to capitalise on leaders Atletico Madrid unexpected loss at home to Levante on Saturday.

As it stands, Ronald Koeman's side are third in the table, eight points adrift of Atletico, with second-placed Real Madrid the only realistic challengers now. 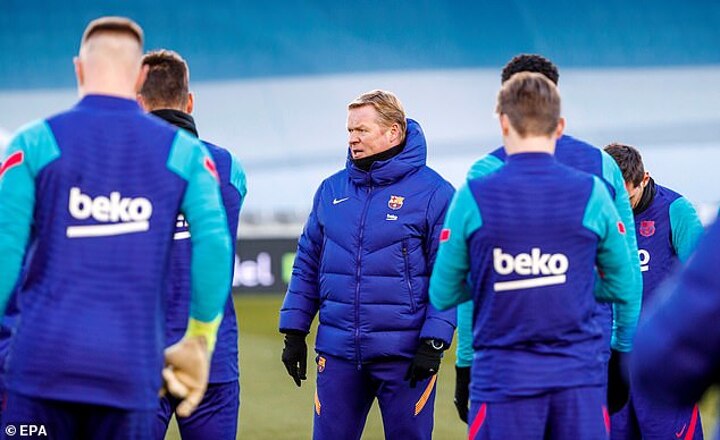 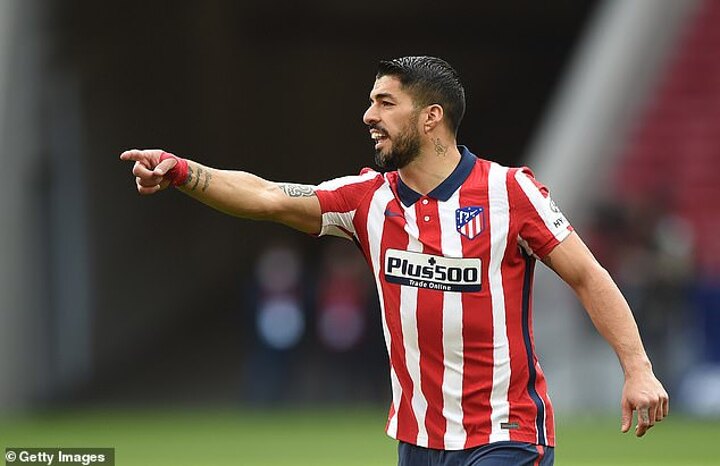 Having failed to win any silverware last season, a repeat is now a realistic possibility for Barca as they are set for failure in both LaLiga and the Champions League.

Barcelona have an uphill battle on their hands as Kylian Mbappe's brilliance last week saw them lose the first leg of their Champions League last-16 tie against PSG 4-1. They head into the second leg on March 10 with some serious weight on their shoulders.

However, it seems unlikely that they will be able to turn things around before then, as one of their primary issues for the 2020-2021 season has come from the financial ramifications of the pandemic.

Barcelona's financial problems following the pandemic have accelerated their downfall. They found themselves in an alarming amount of debt that they were forced to offload players to stump up the funds to recruit new players and clear their books. However, the club have failed to reinforce their squad after several departures.

The Catalan giants have struggled to replace Luis Suarez, who left Barcelona and has since fired Atletico Madrid to the top of LaLiga.

Barcelona also sold Arturo Vidal to Inter Milan, Nelson Semedo to Wolverhampton and Ivan Rakitic back to his former club Sevilla. Not to mention the fact that they swapped their 24-year-old starlet Arthur Melo in exchange for ageing midfielder Miralem Pjanic. 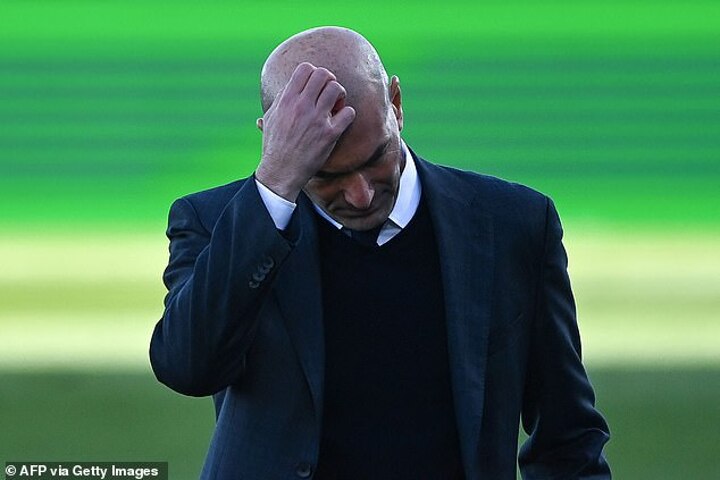 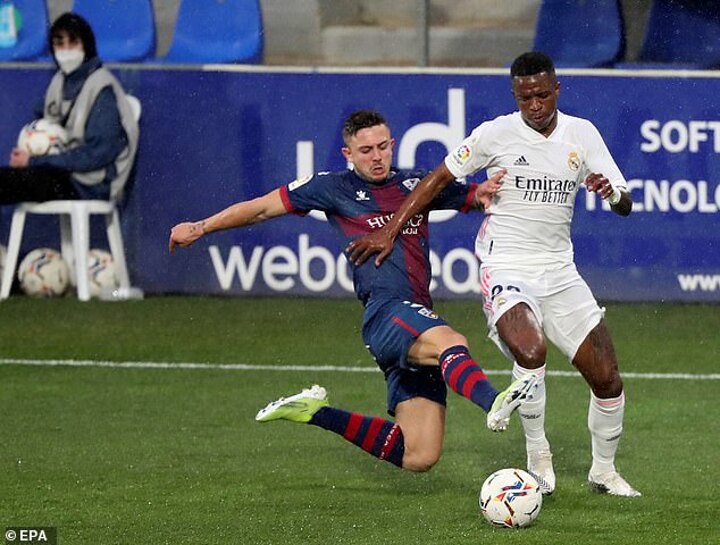 Champions League challengers Real Madrid have struggled this season due to the alarming number of injuries they have sustained.

Madrid have had a total of 36 injuries during the 2020-2021 campaign so far– with Marcelo and Marvin Park being the latest additions to the ever-growing list.

Madrid's track record for injuries has proven to be a reason for concern. The club had 50 first-team injuries last season, and given the hectic nature of the schedule this year, it is expected that the number of players side-lined will hit new heights.

The issue among Zinedine Zidane's squad is highlighted by the fact that only Vinicius Jr and Casemiro have managed to avoid missing a game due to injury this season.

Not only are Madrid struggling physically, but they are also struggling mentally. Zidane's squad have lacked concentration this season. Players have repeatedly made individual errors that have proved to be costly.

A prime example came during their Supercopa de Espana semi-final against Athletic Bilbao. Lucas Vazquez's two mistakes saw Bilbao not only win the game 2-1 but knock the Spanish giants out of the competition. 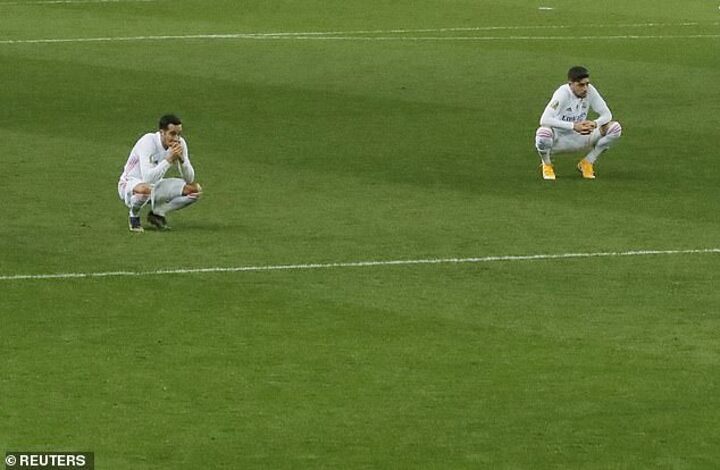 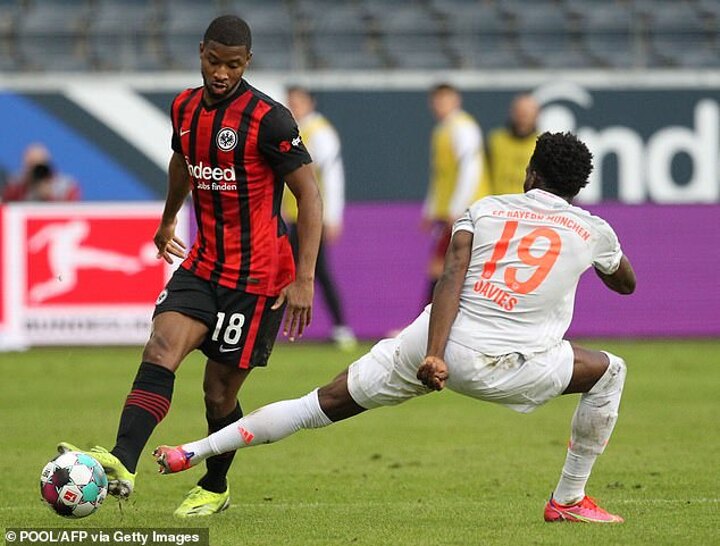 In Germany, Bayern Munich have experienced a rocky start to the 2020-2021 season, with January seeing them pick up back up back-to-back defeats for the first time since December 2019.

Bayern also saw their hopes of a second successive treble ended after they suffered a shock DFB-Pokal exit at the hands of 2. Bundesliga side Holstein Kiel.

The Bundesliga giants conceded a 95th-minute equaliser to finish the game 2-2. However, it was the second-tier side who prevailed 6-5 on penalties.

While Hansi Flick's side remain top of the Bundesliga table and maintain their place as favourites to win their Champions League Last 16 tie with Lazio, it is evident the German giants are struggling more this season than last. 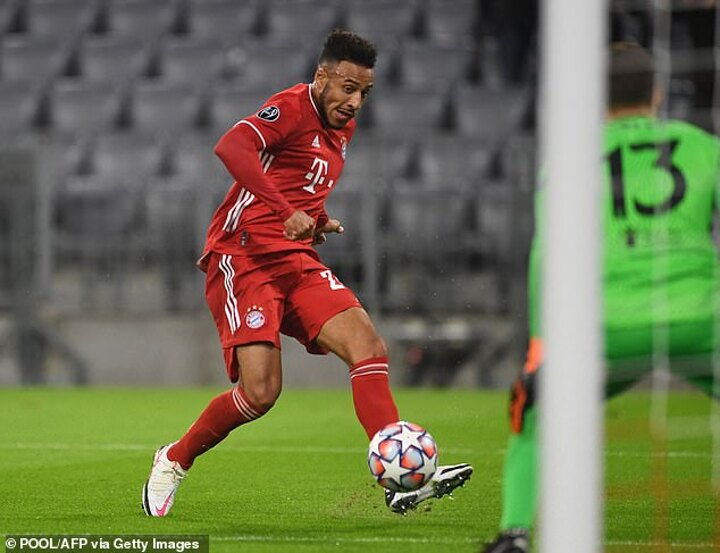 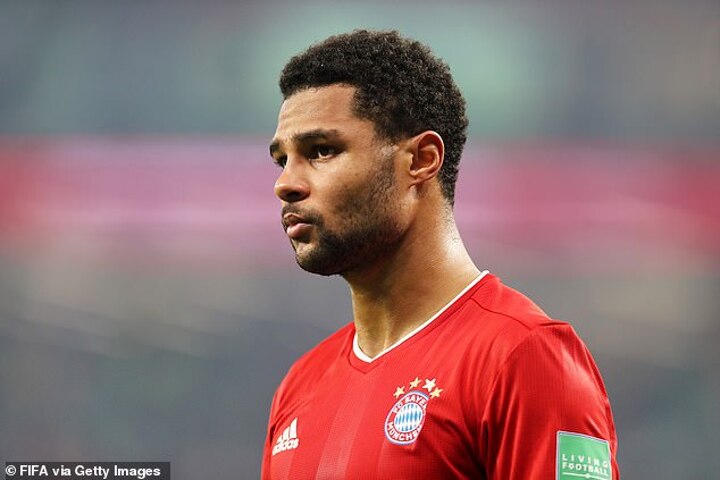 Bayern have been defensively weak this season, and such cracks could be exposed on the European stage.

The reigning European champions suffered a 2-1 defeat by Eintracht Frankfurt on Saturday, just days after being held to a 3-3 draw by struggling Arminia Bielefeld.

The German giants have also seen their seven-point advantage over RB Leipzig drop to just two points as their grip on the title has begun to loosen.

As it stands, Bayern have conceded 31 goals in 22 league games – making it their worst defensive record in 29 years.

Bayern are also struggling to maintain fitness during the hectic schedule as midfielder Corentin Tolisso is expected to be out for at least a month after undergoing surgery on his hip. While, winger Serge Gnabry is struggling to return to action after suffering from a thigh issue. 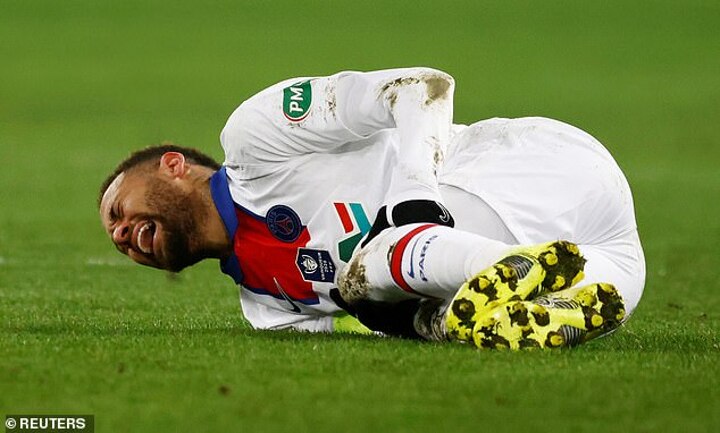 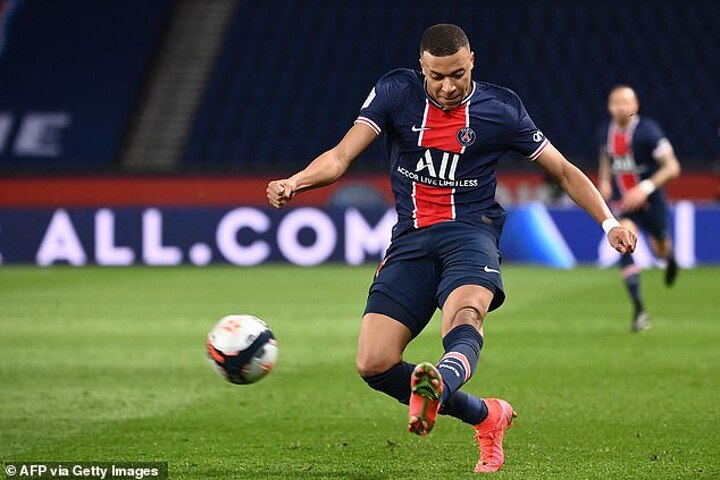 Paris Saint-Germain have been labelled as a serious contender for the Champions League title, and were in blistering form as they vanquished Barcelona at the Nou Camp last week.

Kylian Mbappe looks in prime form as he ended his drought of nine appearances without a goal in the Champions League knockout stages with a sublime hat-trick.

Only injuries could seemingly derail them, but even without Neymar and Angel Di Maria they were superb in Spain.

But it's been hit and miss for Mauricio Pochettino since he arrived in December, with PSG third in Ligue 1 and four points adrift of surprise leaders Lille.

There is no doubt they have the firepower to challenge City and Europe's heavyweights, and were deserved finalists last season.

But they, and like so many of the other big-hitters across the continent, are finding consistency so hard to come by in this strangest of seasons. In that regard, Guardiola's side are bucking the trend with their own relentlessness.

There's never been a better time for City to finally end their wait for Champions League glory, and it may well be now or never for Guardiola to prove he can do it without Lionel Messi.