Manchester United and Chelsea have been put on red alert after Bayern Munich broke off contract negotiations with winger Kingsley Coman. 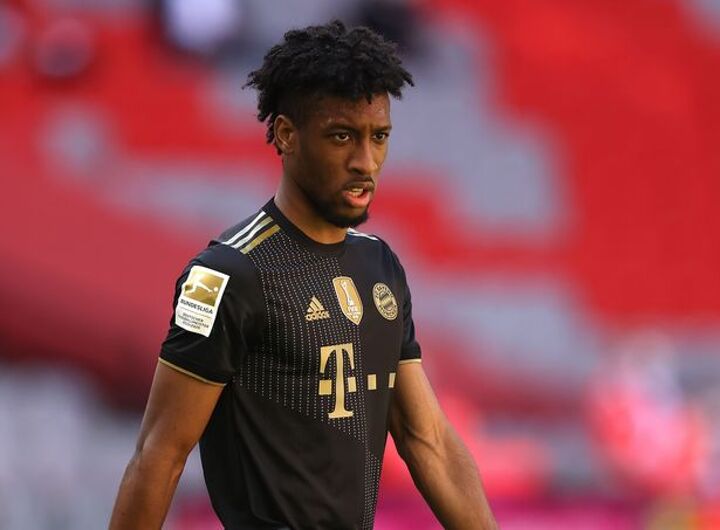 The 24-year-old remains a key player at the Allianz Arena, with Bayern keen to tie him down to fresh terms.

But talks over a new deal have now stalled due to Coman's astronomical wage demands.

Coman has employed super agent Pini Zahavi to handle discussions with the club over extending his stay, which is currently due to end in 2023.

Yet according to Sport1 (via  Bayern Strikes  ), the German club have put talks on the back burner for the time being after Zahavi demanded an annual salary raise of €8million (£6.9m) for his client.

Much of this is said to be down to the salary of Leroy Sane, who is on a reported €18m wage following his move from Man City.

Coman has recorded better stats on the field than his German teammate, with his representatives now using that as a basis for their own negotiations.

Bayern have offered Coman improved terms but only slightly higher than his current pay packet, and now both parties have reached an impasse with United and Chelsea aware of the standoff.

Zahavi was most recently involved in the discussions around David Alaba's future, who Bayern eventually opted to let go after refusing to meet his demands.

But losing Alaba to Real Madrid on a free transfer came as a bitter blow to the club and they are keen not to have a repeat on their hands in the near future.

As things stand it seems unlikely that a middle ground can be reached anytime soon with Coman, who has already won a host of honours at the club and in his short career.

The former Juventus star has bagged six Bundesliga titles since moving to Germany, as well as scoring the winner in the 2020 Champions League final.

A fresh challenge may be what he is looking for, and that could well come sooner, rather than later.

While there is no immediate pressure on Bayern to sell, this summer represents their best chance of attracting a big fee for Coman.

Leaving it until next summer would put them in a compromising position, and they are aware of the influence of Zahavi, who has been branded a "piranha" in German news outlet  Bild .

Crucially, Zahavi still retains close links with Chelsea owner Roman Abramovich, who would jump at the chance to sign a world beater of Coman's quality.

United have shown strong interest previously, and they could well be tempted to launch a bid if their attempts to sign Jadon Sancho fail to bear fruit.

Some reports even suggest Zahavi has already been in contact with English clubs to persuade them to lodge a bid for Coman, with chief figures at Bayern already 'unhappy' with the player's demands.