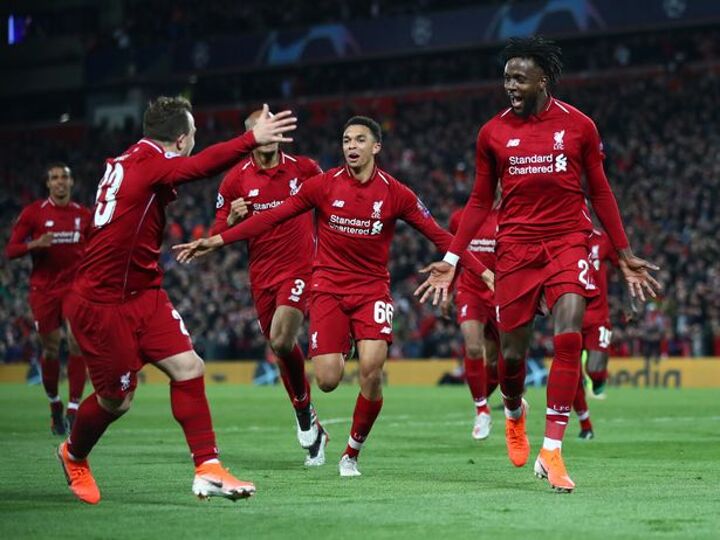 Despite winning back-to-back La Liga titles, it was a conclusion that had been inevitable for a while.

And the Reds no doubt played a significant role in his decline.

Over the past couple of seasons, the contrasting fortunes of both Liverpool and Barcelona have been intrinsically linked, be that directly or indirectly.

Valverde became Barcelona manager during the summer of 2017, replacing the outgoing Luis Enrique.

His immediate transfer target was Philippe Coutinho , who agitated for a move to Spain, only for Liverpool to hold onto him for another few months.

Coutinho did eventually join Valverde at Camp Nou during the January transfer window of 2018, for a fee of £142million.

It is no secret who got the better end of that deal: while Liverpool reinvested in Virgil van Dijk and went on to reach back-to-back Champions League finals, Coutinho is now out on loan at Bayern Munich having been an undoubted failure.

And then, of course, came the famous Champions League semi-final of last season.

After conceding a three-goal lead against AS Roma in infamous circumstances, Barcelona vowed never to make the same mistake again.

Yet Divock Origi and Gini Wijnaldum scored two each to inflict the same damage on the Catalans at Anfield and the Reds went on to progress to the final in Madrid.

Since that second leg on Merseyside, Barcelona have simply never recovered. Not only did they crash out of a competition Valverde had been brought in to win, the repercussions of that kept on coming.

They lost the Copa del Rey final to Valencia and even though Barcelona are top of their league table on goal difference, confidence in the Spanish coach was never fully restored.

Origi scored a brace on three separate occasions in 2019: against Barcelona, Arsenal and Everton . Valverde, Unai Emery and Marco Silva have all since been sacked .

Valverde's final game as Barcelona manager was a 3-2 home defeat against Atletico Madrid in the Spanish Super Cup, but that was only the final straw.

It was the Reds who had inflicted - or at least initiated - many of the other blows.