Freiburg produced a devastating first-half performance to rout Borussia Monchengladbach 6-0 away on Sunday for their biggest-ever win in the Bundesliga. 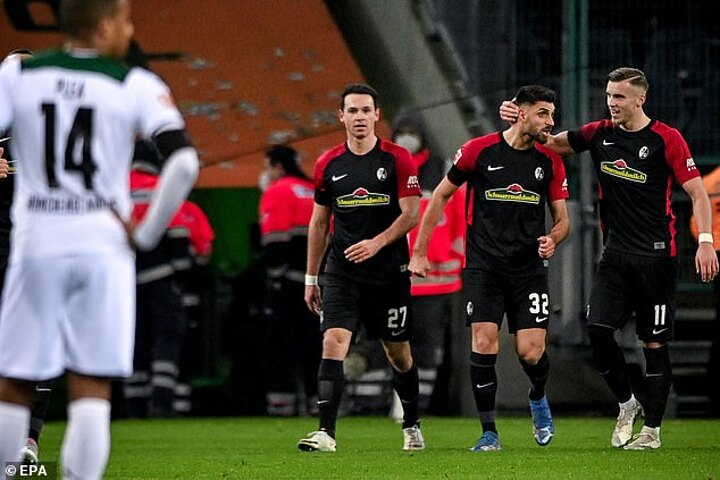 Six scorers routed the hosts as everything worked in the first 45 minutes for Freiburg, ending a three-game losing run in style to move back up to fourth.

Freiburg hadn't beaten Gladbach away in 17 Bundesliga attempts since a solitary 2-1 victory in 1995, and faced a tough task with Gladbach hoping to atone for its 4-1 loss at Cologne in the Rhine derby last weekend. 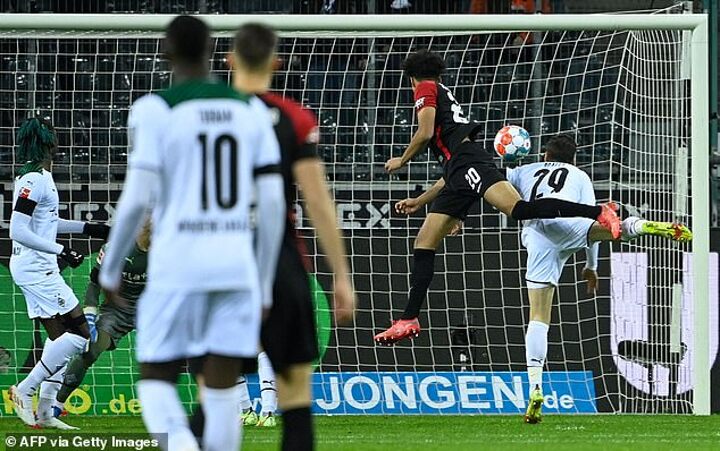 But Freiburg weren't interested in statistics when Maximilian Eggestein opened the scoring in the second minute, before Kevin Schade added another two minutes later and Philipp Lienhart made it 3-0 in the 12th.

Nicolas Hofler got the fourth goal in the 19th, six minutes before setting up Lucas Holer for the fifth.

It was the first time since Gladbach trounced Eintracht Braunschweig 10-0 in 1984 that any team racked up five goals in the opening 25 minutes. No team had ever done it away from home before.

Gladbach coach Adi Hutter reacted with two substitutions around the half-hour mark, but it did little to save his team's sensational surrender. 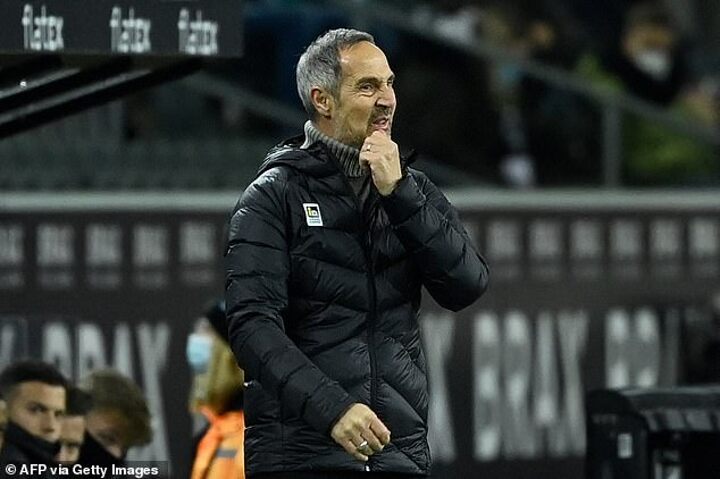 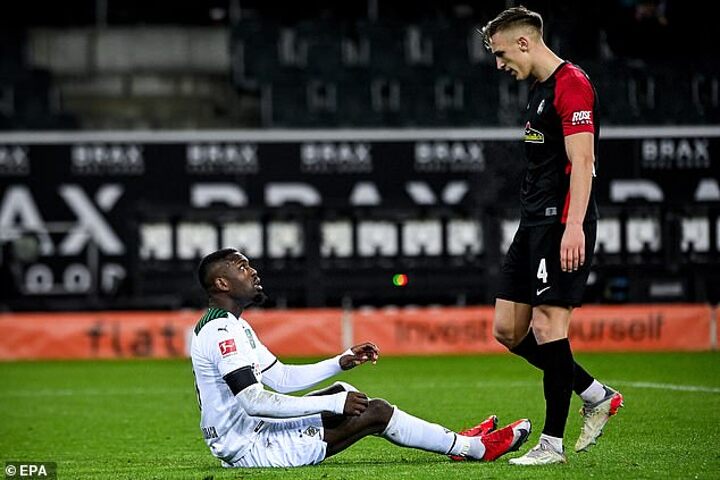 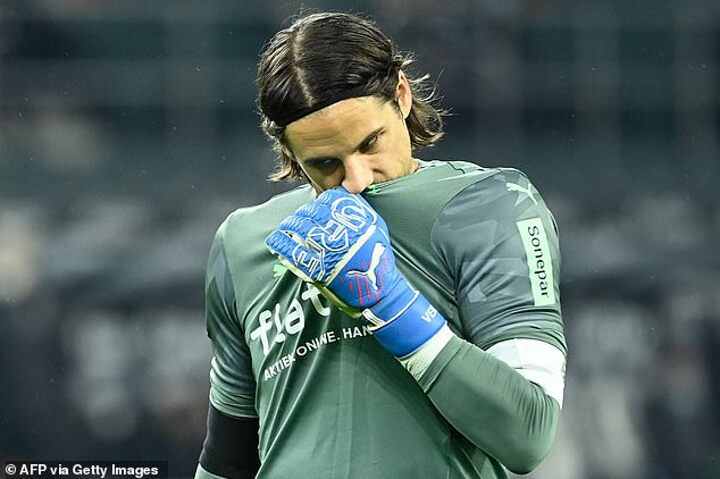 Freiburg goalkeeper Mark Flekken snuffed out any danger from Marcus Thuram and Dennis Zakaria before Vincenzo Grifo set up Nico Schlotterbeck for the sixth goal in the 37th miute.

Hutter looked stunned on the sideline, while Gladbach's sporting director Max Eberl sat with his head bowed, staring at the ground.

Freiburg coach Christian Streich consoled Breel Embolo at half-time, before Embolo made way for Lars Stindl for the last 20 minutes but there was no way back for Gladbach.