USA star Gio Reyna scored stunning 78th-minute goal to clinch all three points for Borussia Dortmund in his first game back since the World Cup. 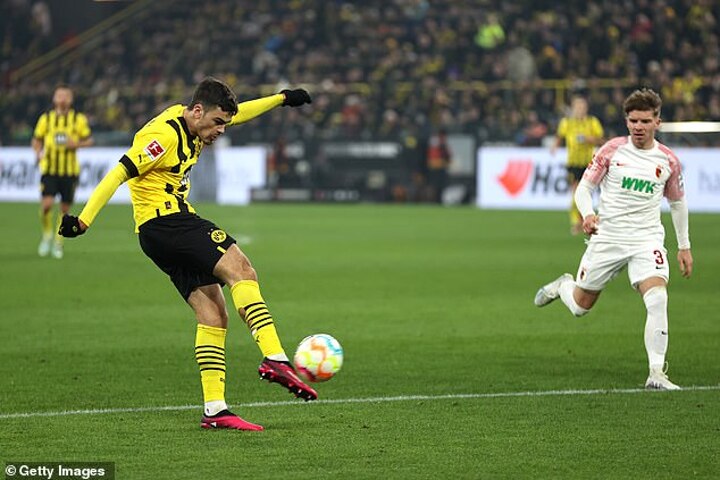 Dortmund beat Augsburg in a thrilling 4-3 goal fest Sunday with Reyna scoring the winner after Jude Bellingham, Nico Schloterbeck and Jamie Bynoe-Gittens had all been on target for Edin Terzic's side.

12 minutes from full time Reyna received the ball on the corner of the box, took one touch and launched a rocket of a shot into the back of the net, leaving Augsburg goalkeeper Rafal Gikiewicz on the floor. 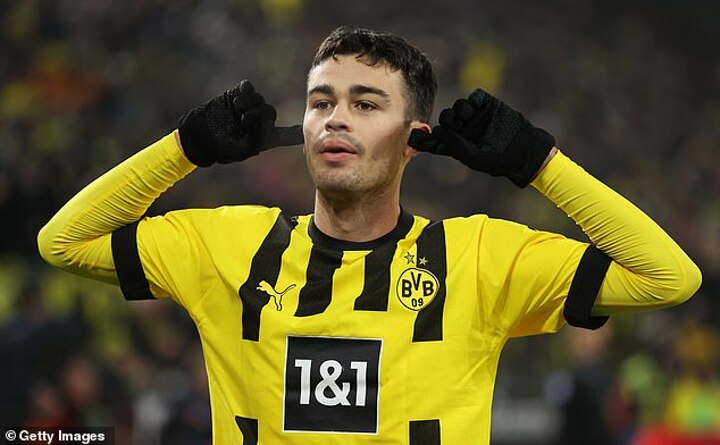 The American raced towards the corner to celebrate with the home fans, putting his finger to his mouth in a shushing gesture before sticking his fingers in his ears.

The midfielder was substituted on in the 70th minute, replacing Karim Adeyemi and marking his first game back for Dortmund since his eventful World Cup.

Reyna's ability on the field has been completely overshadowed in the past month by reports of poor behavior in the USA camp and a bombshell 'blackmail' scandal between Gregg Berhalter and his family. 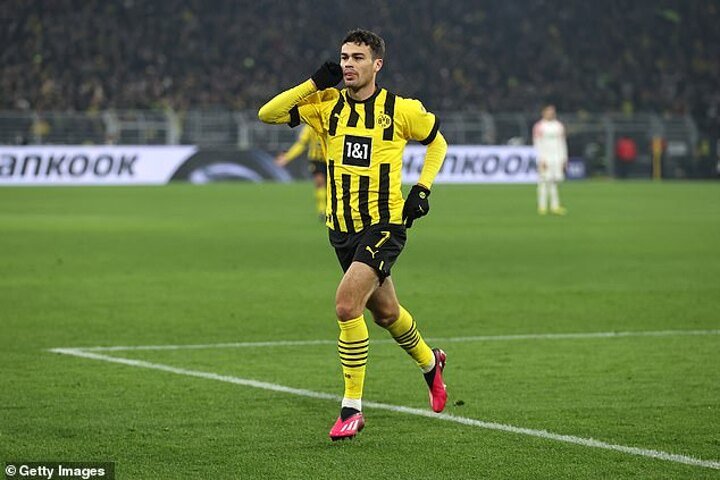 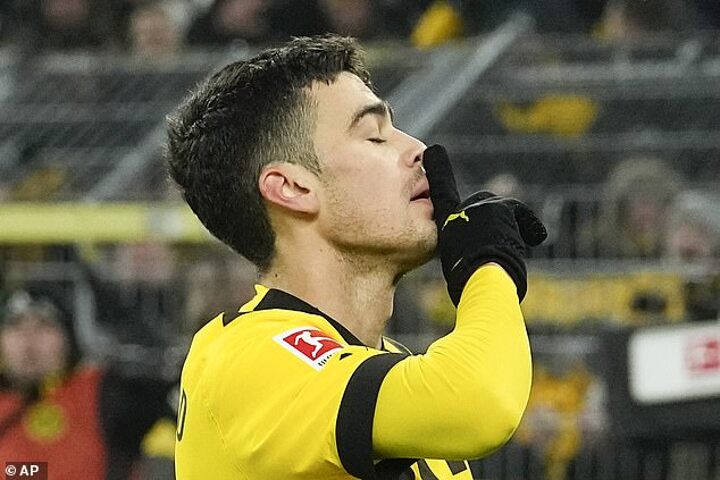 Reyna played a very limited role for his country in Qatar, despite his impressive domestic performances, leaving many American soccer fans confused and furious over his omission.

In December, Berhalter revealed at a summit in New York City that an unidentified player was almost sent home from Qatar.

While Berhalter did not name the player in his comments, MLSSoccer.com first reported that it was Reyna that he was referencing.

Furthermore, the USMNT took a vote on whether or not Reyna should stay with the team in Qatar - with the winger winning a vote by a 13-12 tally.

Reyna later admitted he was emotional and lacked motivation, but added that he was told before the World Cup that his role would be limited and that all team disputes would be kept 'in house'. 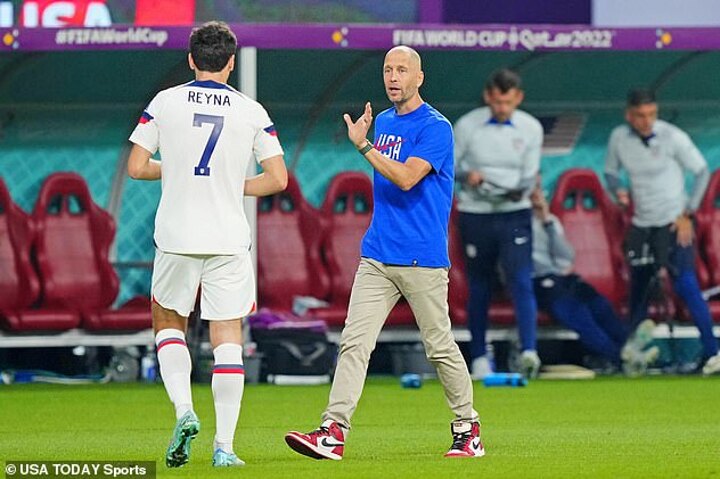 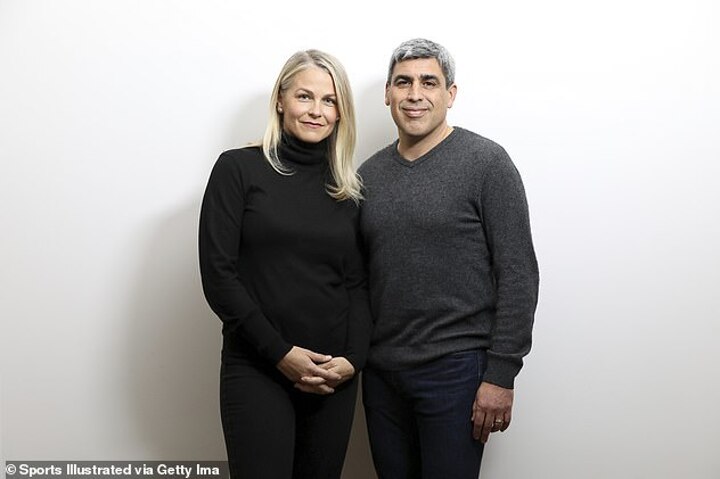 In response to Berhalter's disparagement of Gio Reyna during the World Cup, Danielle Reyna - Gio's mother and former US midfielder Claudio Reyna's wife - notified US Soccer last month of an incident in 1991 in which Berhalter kicked his future wife, Rosalind - Danielle Reyna´s college roommate.

US Soccer is investigating the allegations with Berhalter's future in limbo and Reyna remained with Dortmund for the USMNT's January camp, led by interim coach Anthony Hudson.

However, Reyna appears to have put that all behind him as he made a fast start back in the German top-flight for Dortmund.

Yet, his celebration had some fans on social thinking he was sending a message, blocking out the criticism.