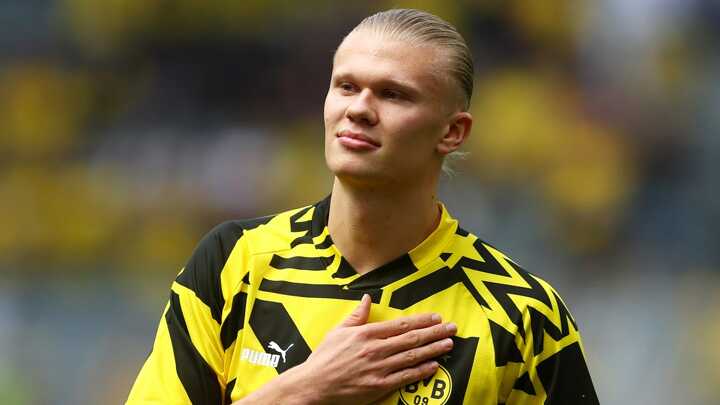 Borussia Dortmund fans gave a big send-off to Erling Haaland on Saturday as the striker bid farewell to the club.

Dortmund hosted Hertha Berlin in their final game of the season, with the Norway international playing for the Bundesliga side for the final time after it was confirmed this week that he will join Manchester City in the summer.

Ahead of Saturday's clash at the Signal Iduna Park, the Dortmund fans serenaded the 21-year-old striker.

Haaland made his way over to the famous 'yellow wall' of supporters behind the goal to wave goodbye.

Dortmund officials also gave Haaland a big send-off by presenting him with flowers and a picture saying "Thanks, Erling".

How has Haaland performed this season?

Haaland has been in excellent form for Dortmund this season.

In his 29 matches in all competitions, he has scored 28 goals for the German outfit.

The 21-year-old had been linked with Real Madrid and Barcelona, but has opted to make the switch to the Premier League instead.

He will follow in his father's footsteps by representing City, who will hand over £51 million ($63m) to land the attacker this summer.