It must rank as one of the biggest bottle jobs in football history. 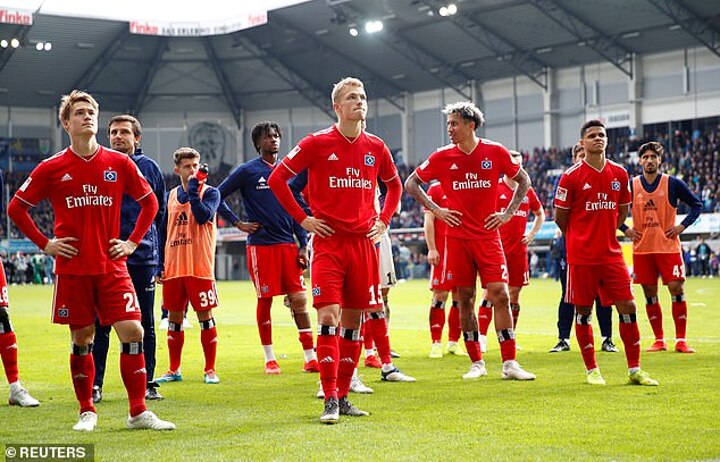 Back on March 10, Hamburg travelled to their local rivals St Pauli and thrashed them 4-0 to remain firmly on course for an immediate return to Bundesliga.

Little did they know it at that point, as they sat just one point behind second division leaders Cologne, but it would be the last time they tasted success in the league. 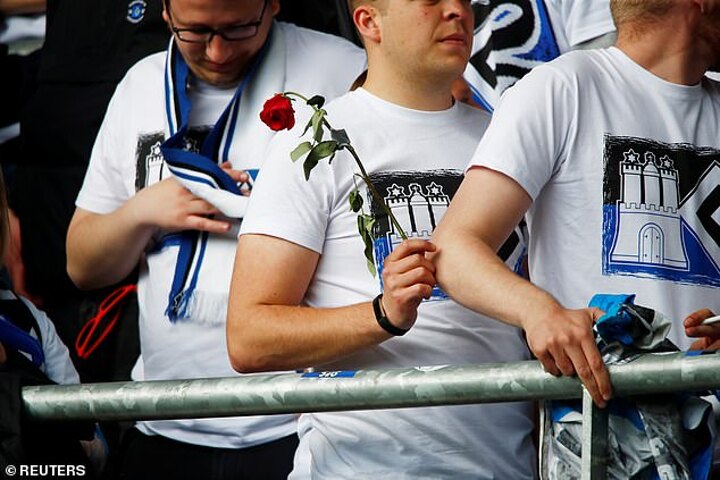 Returning to the top-flight at the first attempt was everything to Hamburg.

Regarded as one of the traditional powerhouses of German football, a former European Cup winner and one of the country's oldest clubs, their badge of honour was that they were ever-presents in the Bundesliga since its foundation in 1963.

Until last May, this unbroken sequence of almost 55 years was marked by a clock in one corner of their impressive Volksparkstadion home.

There had been some near-misses in recent seasons, and even relegation play-offs, but that clock suddenly stopped amid rioting and recriminations when Hamburg played Borussia Monchengladbach on May 12 last year. 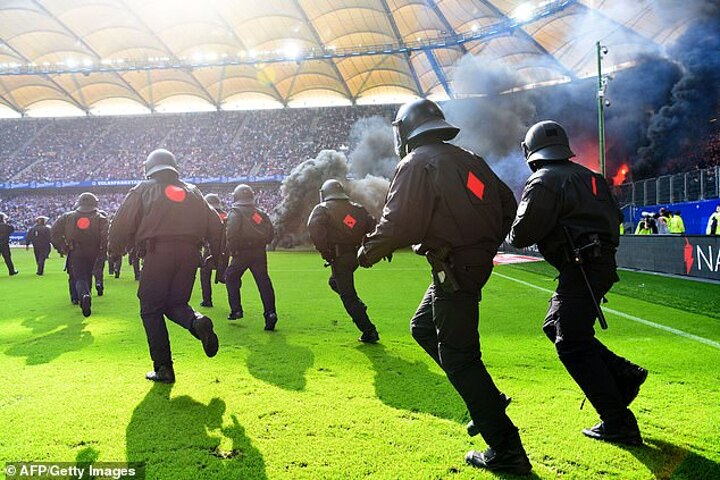 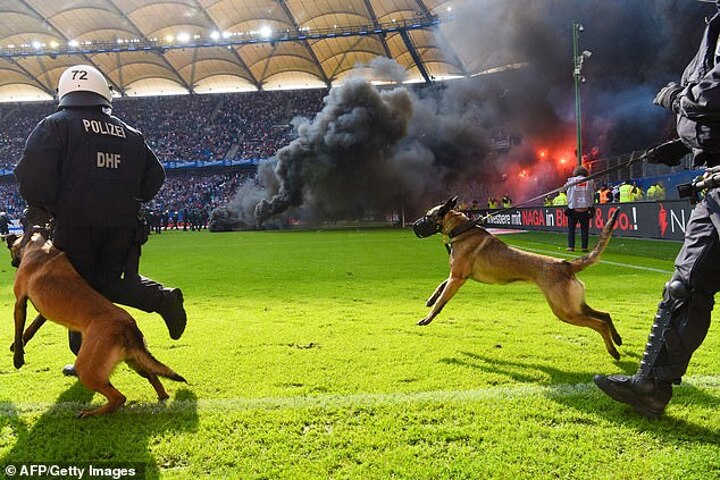 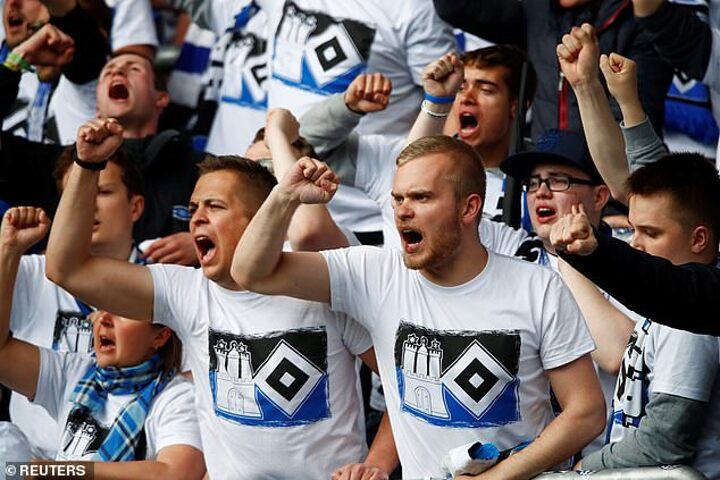 So given their history, it was of vital importance for Hamburg to bounce back at the first time of asking. Until March, things were going fine. Then it all went wrong.

A 4-1 defeat at Paderborn last Sunday rendered this weekend's final fixture at home to Duisburg a dead rubber.

Trailing third-placed Union Berlin by three points, they would need a 21-goal swing to move above them and reach the promotion play-offs.

There are whispers of further fan protests and possibly more riots as sheer exasperation at their shocking disintegration boils over. There will be more police on duty than usual as a precaution.

But that's if anyone shows up. The game sold out months ago in anticipation of a promotion party, but between 6,000 and 7,000 fans are expected to put their tickets up for resale.

One wrote on an eBay advert: 'My friends do not want to go and I don't want to go alone - the tickets cost 73 euros before I put them in the oven.'

Another wrote on their listing: 'If anyone still wants to see the misery or wants to whistle or rant for 90 minutes, or if anyone still believes in a miracle, they can get a ticket from me.'

It seems they won't even get the chance to bid farewell to departing players including Lewis Holtby, Pierre-Michel Lasogga and Orel Mangala. 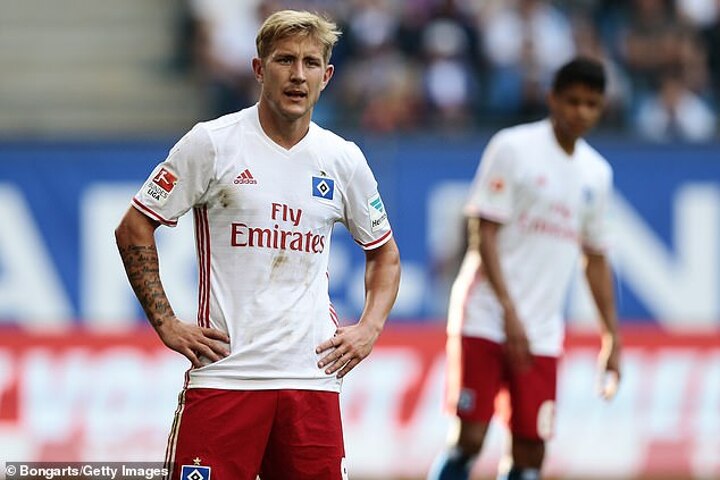 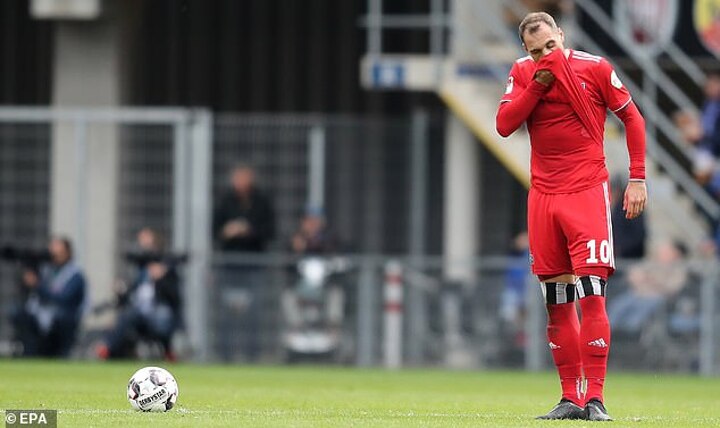 Amid concerns of discord from the crowd, they are to be presented with flowers and presents from the club behind closed doors.

Their young coach Hannes Wolf, 38, is highly unlikely to be in the dug-out come August. Whoever replaces him will be tasked with rebuilding the team on a drastically reduced budget.

The club's 48-year-old sporting director Ralf Becker could also lose his job as club president Bernd Hoffmann leads the inquest over the summer.

'We have to turn every stone because it's a system failure,' Hoffmann said this week. 'The entire sports system started to collapse in winter and did not recover.

'It's a cycle of horror. We have to break this cycle.'

He will reflect on a collection of individual problems that amounted to a full-blown crisis.

The captain, Aaron Hunt, has been plagued by injuries while former Tottenham midfielder Holtby has failed to deliver and Lasogga pretty much downed tools. 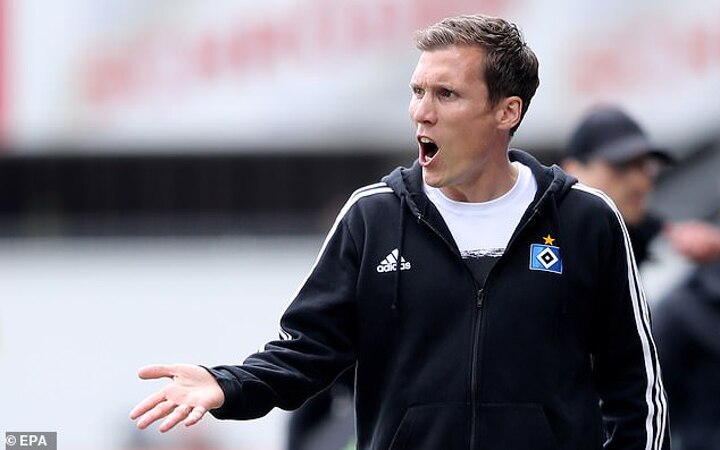 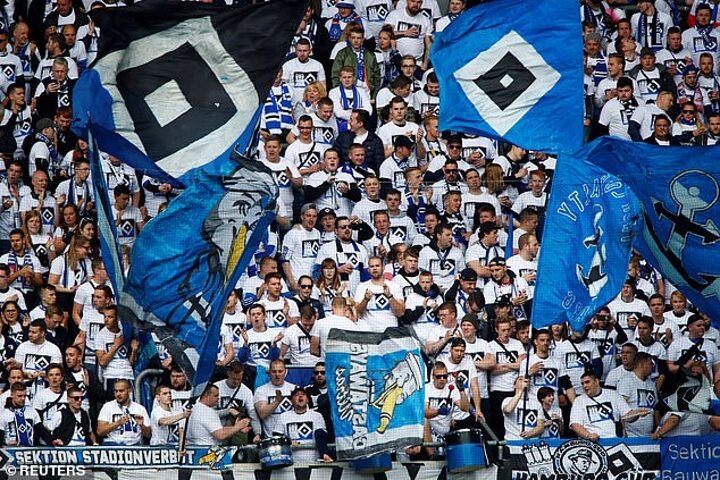 Their horror run of form - which has seen losses to Darmstadt, Magdeburg, Union Berlin, Ingolstadt and Paderborn - has seen Hamburg widely mocked on social media.

And to make matters worse, their north German rivals Werder Bremen have assumed their status as the Bundesliga's longest-serving side.

The worry now is the consequences of failing to make it back to the big time at the first attempt.

Hamburg have lost momentum and television revenues will now dwindle. It has been reported the budget will reduce from €30m to €20m for next season.

The fear is that Hamburg become the next Kaiserslautern, who tumbled out the Bundesliga in 2012 and have since been relegated to the third tier, where they languish in ninth.

Another former top-flight stalwart, 1860 Munich, skipped the third division altogether having failed to get a licence and have been playing in the Bavarian regional leagues.

Once the recriminations have died down, Hamburg must ensure they don't suffer a similar fate by making it back to the Bundesliga next season at the second time of asking.