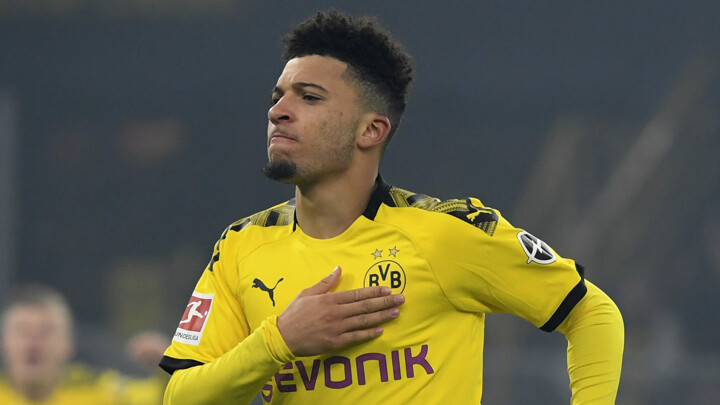 Jurgen Klopp’s side have been associated with summer moves for the Borussia Dortmund winger and the Paris Saint-Germain attacker, while the form of the Norway star with BVB since moving to the club in January from RB Salzburg has been such that he has been linked with some of the biggest clubs in the game.

But Heskey says that the pick of the trio is the 20-year-old England international, who is also reportedly being chased by the likes of Manchester United, Chelsea, Real Madrid and Barcelona.

“I’d choose Sancho for Liverpool, out of the three,” Heskey told GentingBet as reported by Metro. “Mbappe is a phenomenal player who is another player who keeps on rising and is only going to get better and better.

“He’s focused more to keep the consistency going at that age is just phenomenal.

“It’s difficult, because for Liverpool you’d choose a player who was more on the wing than central. But again, Haaland’s goals are a key factor.

“I’m going to patriotic and say that Sancho would be great, being an England player and an entertaining player as well.

“I would say someone like that would be great to get on the wing and terrorise defences.” 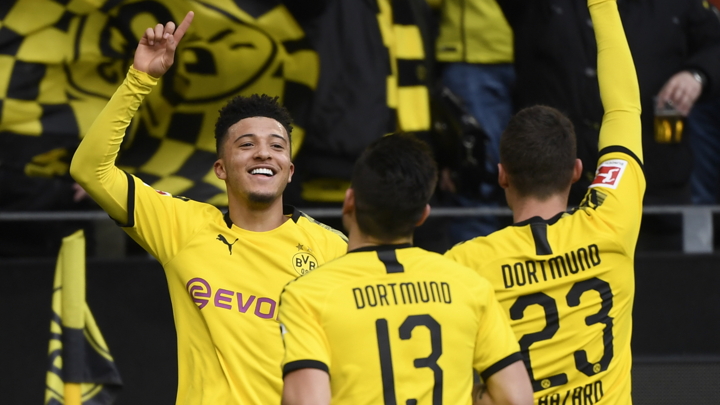 Sancho has impressed in the Bundesliga this season, scoring 14 goals and setting up a further 16 in just 24 outings for the title hopefuls.

Although he was left on the bench by head coach Lucien Favre for last weekend’s comprehensive 4-0 victory over rivals Schalke, it is expected that he will be restored to the starting XI for the weekend’s clash against Wolfsburg, which takes place on Saturday.

Dortmund currently lie four points behind league leaders Bayern Munich in the Bundesliga table, having scored 72 goals in 26 matches, during which they have amassed 54 points.

There are 12 matches of the season remaining, including a potentially pivotal clash between the top two on Tuesday evening.

Liverpool, meanwhile, lie just a couple of wins away from a first title of the Premier League era, with their run to glory halted by the coronavirus pandemic, which saw play suspended. It is hoped that the league will be able to restart in June.