Former Bayern Munich manager Ottmar Hitzfeld has had his say about Barcelona target Robert Lewandowski and the recent saga unfolding in the Bavarian club. The German champions look to be in bitter disagreement with the Polish goal machine who has requested to leave the club. 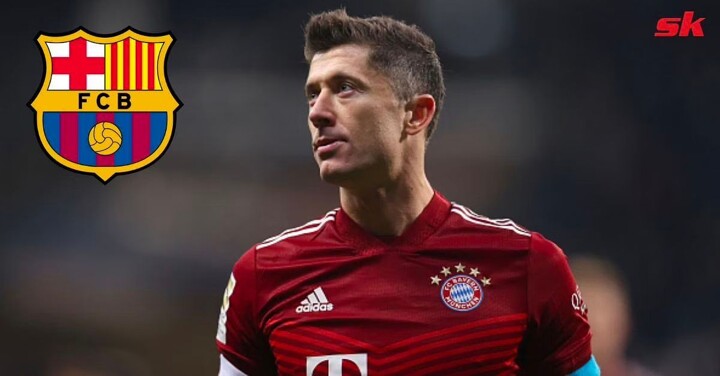 “At the end of the day, all players want to be successful. But the entire Bayern environment is naturally upset because of Lewandowski's actions."

While Hitzfeld seems to think the Polish striker should be allowed to leave, especially following the arrival of Sadio Mane, the club hierarchy feel otherwise. The bitter disagreement between club president Oliver Khan and the Polish goal machine looks set to lead to a showdown.

Fans will hope that the club can settle the affair amicably, and the striker, who has become a Bayern legend in his own right, can leave for Barcelona. The transfer window remains open and hopefully both parties can come to a mutually acceptable solution before it closes in a few months.

Nevertheless, with Lewandoski’s contract at Bayern Munich set to expire in 12 months, the German giants might have to entertain offers. Barcelona will hope a deal can be reached soon as Xavi Hernandez sets up his Blaugrana restoration.

Lewandowski may be snatching up the headlines, but he isn't the only player who could be making the switch from the Allianz Arena to Camp Nou. If reports from Bild (via Tribal Football) are to be believed, the Blaugrana also have their eyes on teenager Kenan Yildiz.

The 17-year-old played regularly for the Bayern Munich under-19 team, but was unable to secure a contract extension in the German outfit. Now on a free transfer, it is believed that the star's representatives are in talks with Barcelona.

The Blaugrana will however have to watch out for Juventus, who are also said to be interested in bringing the youngster to Turin. Kenan Yildiz will be hoping he can return to a top club and continue the upward trajectory of his career.