All the top stories and transfer rumours from Monday's newspapers... 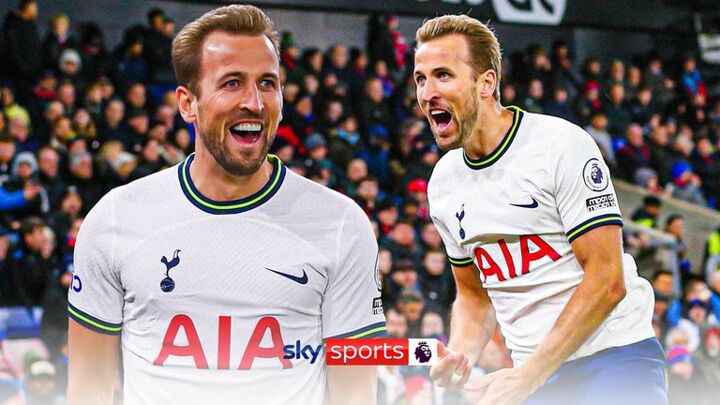 Fabio Paratici's future at Tottenham is under increasing scrutiny after allegations he offered to pay over the odds to sign Cristian Romero from Atalanta to solve a problem for his former club Juventus.

Frank Lampard is waiting to hear he has been sacked as Everton prepare to begin the process of another new manager search.

Former Chelsea and Derby boss Lampard spoke with owner Farhad Moshiri and chairman Bill Kenwright over the weekend, along with director of football Kevin Thelwell, and has accepted things will change after Saturday's 2-0 defeat at West Ham.

Brazilian winger Tete is targeting a move to the Premier League this month with Leicester among the clubs showing a strong interest in the Lyon player.

Leandro Trossard's agent has revealed Tottenham were interested in signing the Belgian before he completed a £27million move to north London rivals Arsenal.

Everton have held talks over the future of manager Frank Lampard as the 44-year-old waits to find out his fate. Sources on Sunday believed Everton were preparing to sack Lampard, but there was no confirmation from the club over their plans.

Tottenham Hotspur are nervously waiting to find out whether or not the club's managing director of football Fabio Paratici will be banned from operating on transfers.

Brendan Rodgers is targeting two new signings this week as he prepares for a potentially pivotal month in Leicester's season.

A British shot put champion has heavily criticised leaked plans to allow transgender women to compete in the female category in international track and field, saying it could lead to a "free-for-all" which would "screw" biological women like her.

Hakim Ziyech could be the first victim of Chelsea's January transfer spree by joining Roma. The winger has been targeted by the Italians as he finds himself squeezed out at Stamford Bridge.

Everton are considering a £15m move for Sheffield United star Iliman Ndiaye. Senegal international Ndiaye has 10 goals and seven assists for the Blades this season in the Championship and has caught the eye of Premier League strugglers Everton.

Southampton are planning to raid Chelsea again for top young full-back Silko Thomas. The Blues youngster, 18, has caught the eye at youth level but is out of contract at the end of the season.

Chelsea and Liverpool players have condemned the merry-go-round of decision-making that led to Chelsea's match against Liverpool being postponed six minutes into the game due to a frozen pitch that manager Emma Hayes described as being like an "ice rink".

World Athletics is set to keep the door open for transgender women to compete at the highest level under controversial new proposals that will be voted on in March.

Novak Djokovic has added his voice to calls for changes to be made to the Australian Open schedule amid growing concern over player welfare and fairness at this year's tournament at Melbourne Park.

Antonio Conte and Tottenham Hotspur have put contract talks on ice, threatening his future as head coach. Conte, whose deal expires at the end of the season, would prefer to focus on turning around the team's form after three defeats in four Premier League matches rather than discussing his long-term position.

Seb Coe has not ruled out a bid to become the first British president of the International Olympic Committee. With only two years of Thomas Bach's term remaining, an election is expected in 2025.

Jamie George's involvement in the Calcutta Cup clash with Scotland in two weeks' time has been thrown into doubt as the England hooker faces a 12-day stand-down period after being taken off the field at half-time in this game with concussion.

Roma winger Nicolo Zaniolo is understood to be keen to join Spurs.

The 23-year-old wants out from the Italian club in this window and, with his contract expiring next year, Roma are ready to cash in. Roma are understood to want £35m for the Italy international who also has interest from West Ham.

Bournemouth midfielder Philip Billing is considering a shock January exit from the Vitality Stadium amid interest from Valencia.

Rangers midfielder Charlie McCann has completed his £350,000 move to English League One side Forest Green Rovers.