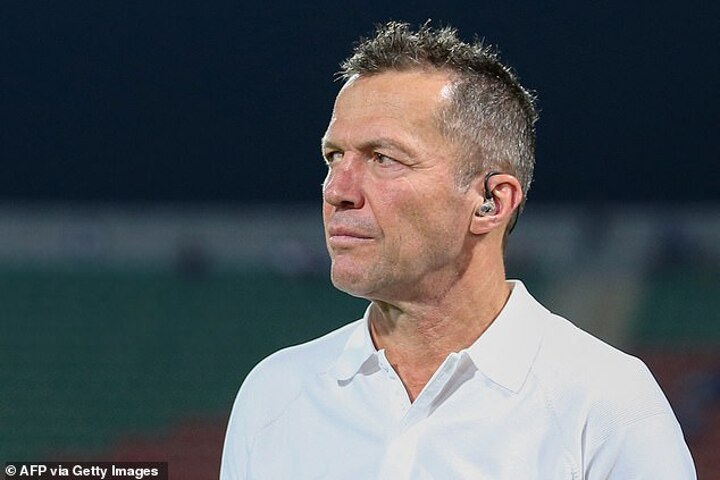 The German legend likened the result to Bayern Munich's last-minute defeat to Manchester United in the 1999 Champions League final - in which Matthaus was taken off late on.

As the overwhelming favourites for the tie began to falter, the former Bayern manager rang the changes, taking off Ilkay Gundogan, Kai Havertz, Jamal Musiala, Thomas Muller and Serge Gnabry - a move that Matthaus does not agree with. 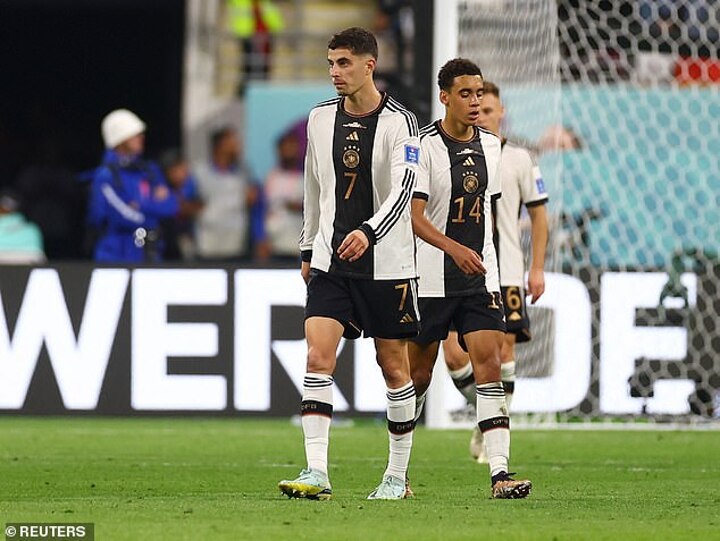 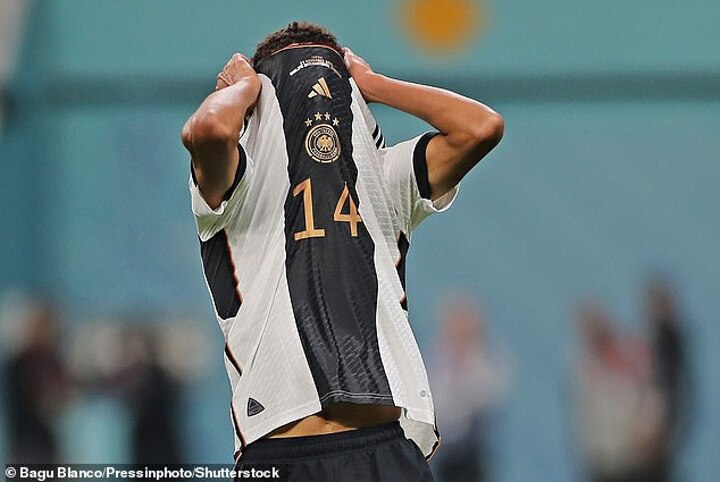 'I thought of the 1999 final, when (Ottmar) Hitzfeld substituted me shortly before the end, and Manchester United won 2-1.

'You take a personality off the field that your opponent respects, and you're letting them know you feel safe, too sure! An invitation to attack. It was like that now.

'By substituting Müller and Gündogan, two experienced players at the same time, the order lost. The rhythm was lost.' 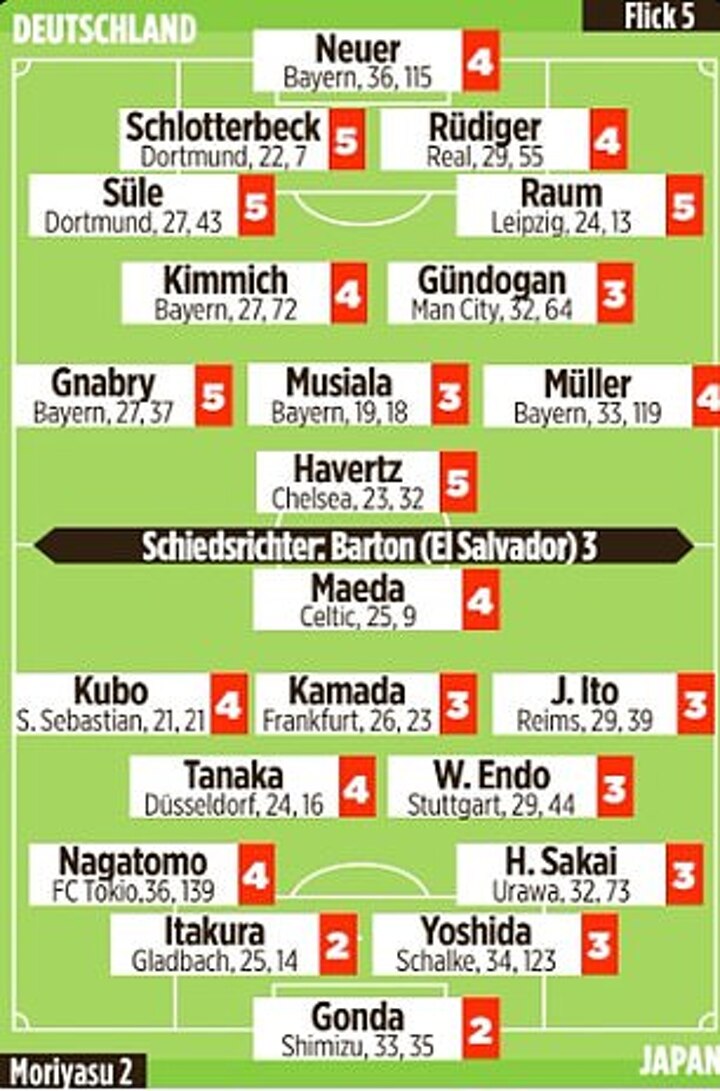 Having taken the lead through an Ilkay Gundogan penalty in the first half, Germany had looked set to take all three points against Japan on Wednesday.

However a second half comeback, inspired by Ritsu Doan and Takuma Asano saw the underdogs fight back to take the victory and stun both Germany and the football world.

But the team were not functioning incredibly well before the substitutions were made, either, and the entire team came in for a scathing review from Bild.

In total, five players from the team were awarded a rating of 5 - the second-lowest possible score according to the German outlet's rating system.

At 1-0 the former Bayern coach began to make changes, with Gundogan and Muller making way for Leon Goretzka and Jonas Hoffman respectively. 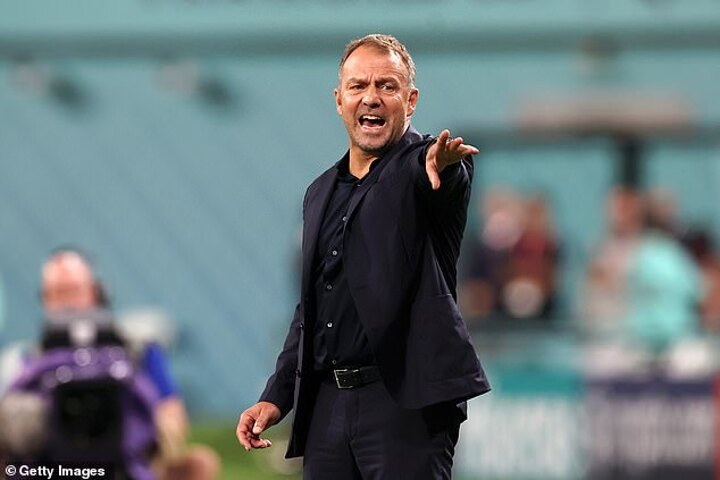 But after Japan's equaliser through Freiburg's Doan, another double substitution saw the woeful Havertz replaced with Niclas Fuulkrug and Musiala hooked for hero of 2014 Mario Gotze. 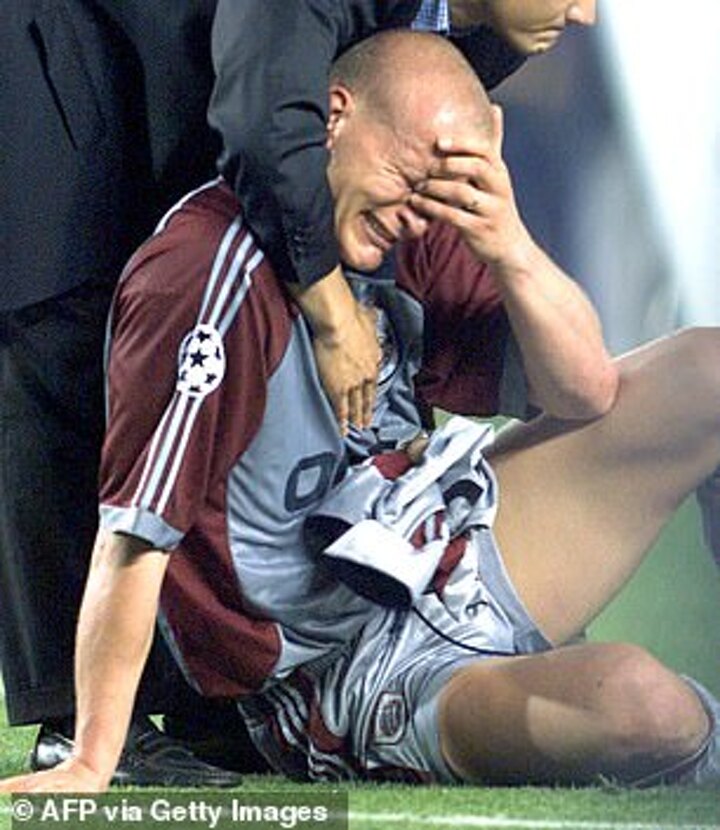 Then after Japan's dramatic second goal - which proved to be the winner - Gnabry was taken off for youngster Youssoufa Moukoko in a last, desperate throw of the dice from Flick, which ultimately failed to come good.

But it was not just the substitutions that were savaged by Matthaus, who also saw plenty worth criticising in Flick's starting XI before the game.

'I always stand by Hansi Flick, but I didn't understand a few things about the game. The national coach has to put up with questions,' he said.

'For example the formation of the full-backs. Why doesn't (Thilo) Kehrer play, who has always played lately? The goals conceded came from outside. Süle is not a full-back. At 2-1, the space is far too far forward, but defenders are there to defend.