If Manchester City beat Chelsea on Saturday, they will win the 2020-21 Premier League. And maybe, to save time, we could give them the 2021-22 edition, too. It’s theirs already. Everyone says so. 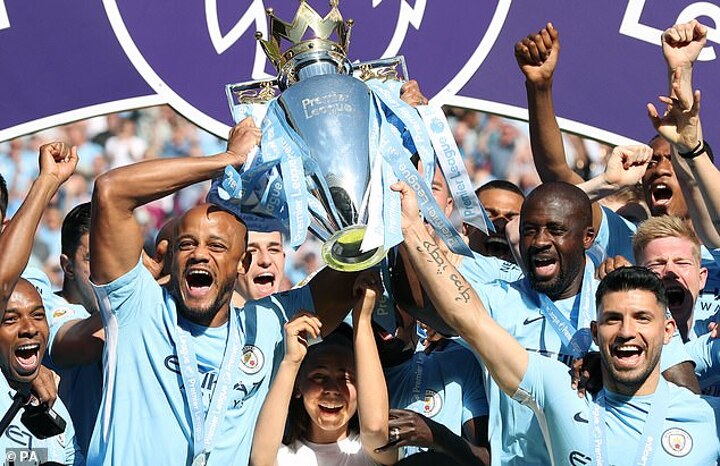 It’s the hardy annual of English football. Watch a good team claim the title and then announce they will rule for the next decade. Except that the recent history of this league suggests nothing of the sort.

When City retained the trophy in 2019, they were the first to do so since Manchester United in 2009. We have to rewind to the 1960s to find a decade in English football with fewer title retentions than this one.

And yet conventional wisdom dictated that every champion was set fair to dominate, from the Chelsea sides of Jose Mourinho and Antonio Conte, to Pep Guardiola’s City and Jurgen Klopp’s Liverpool.

We forget how precariously this season was balanced, how many league leaders there were in the first half of the campaign, the incredible misfortune that befell one club in particular.

So City are untouchable, yes? Take Ruben Dias out. Then Aymeric Laporte. And John Stones. Promote Kyle Walker or Fernandinho as makeshift central defenders. Then remove them, too. They still rise above this? Because Liverpool couldn’t. And what of Chelsea? 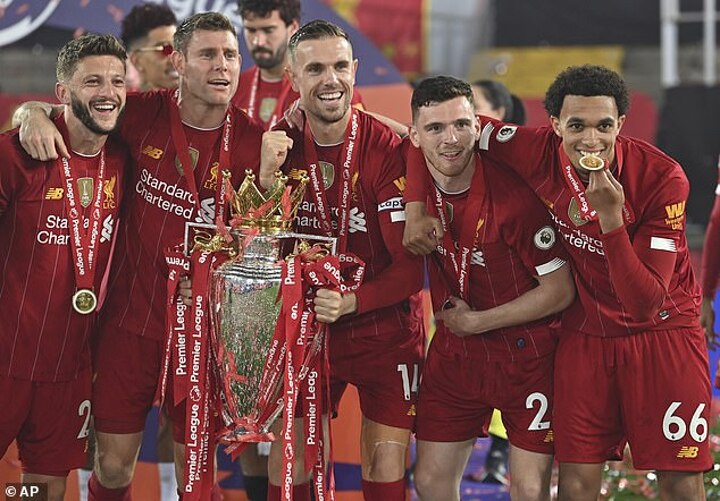 Guardiola may avenge the FA Cup semi-final this Saturday, but so far he has had one crack at beating them under Thomas Tuchel and failed.

Klopp, Carlo Ancelotti, Mourinho, Ole Gunnar Solskjaer, Diego Simeone and Zinedine Zidane have also tried his Chelsea team this season and, to here, nothing. It might be that Chelsea are quite useful. Kai Havertz looks better every game. It turns out Petr Cech knows a goalkeeper given Edouard Mendy’s recent displays.

The idea that, not just this campaign but the next too, is already over seems fanciful.

Between November 21 and December 15, City drew three and lost one of eight games. They failed to beat Tottenham, Porto, Manchester United and West Bromwich.

It is this run, and those final points dropped against relegation certainties, that Guardiola credits with transforming the season. 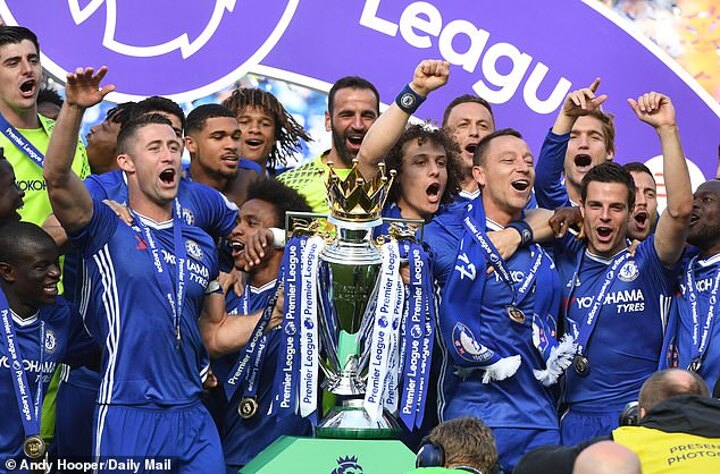 Yet it shows City are as vulnerable to a loss of confidence or form as any team. What has followed since has been sensational.

But next year, too? For sure? Come on. Nobody even knows where Erling Haaland and Harry Kane end up, or if they move at all. Nobody knows about Paul Pogba, Edinson Cavani or what Chelsea’s summer signings will look like with a year of experience in the English game.

Nobody knows about Jadon Sancho, except that he won’t be going to City.

Nobody knows how Klopp plans to rejuvenate Liverpool. And, of course, there are permutations that could only enhance City’s status. 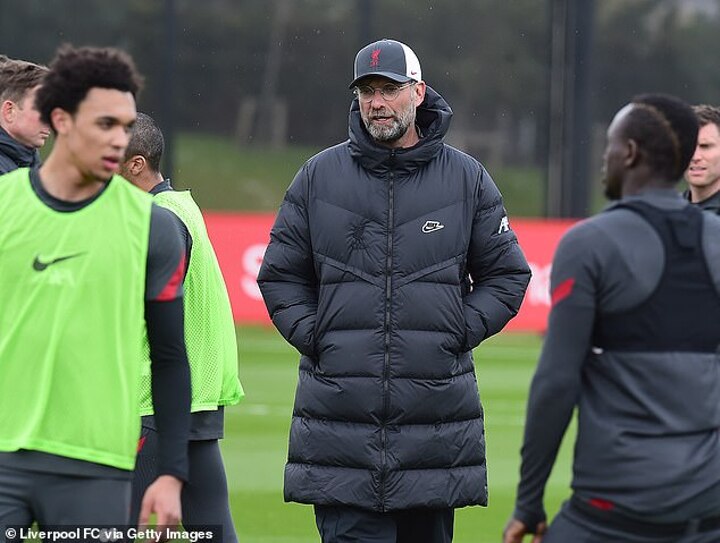 Clubs like Leicester who, increasingly, have the capacity to surprise.

It is City’s title this year, and maybe very soon, but from there it’s in the balance. Don’t let anyone tell you otherwise.

This isn’t Germany, as much as some would like it to be.

How the Glazers lousy reign has been good for the game

This was not a widely-held view in the environs of Old Trafford on Sunday, but it could be argued that the Glazers have been rather good for English football.

Not at first, obviously.

Between the 2005 takeover and the 2013 departure of Sir Alex Ferguson, the club won five league titles and the Champions League, and the status quo prevailed. 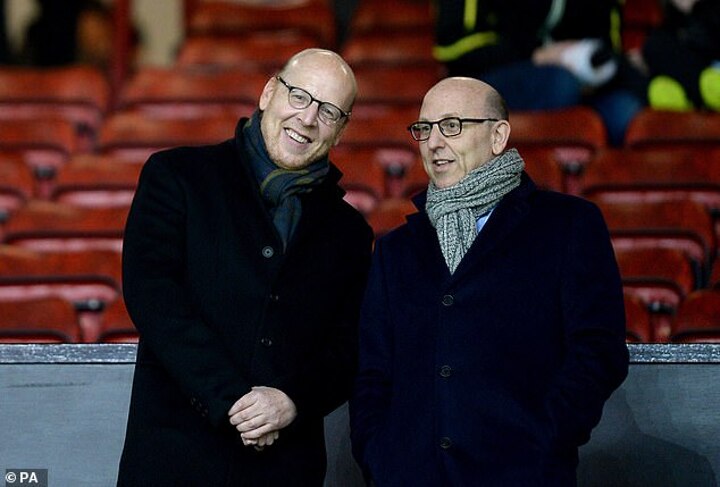 Yet since then, the utter mess that has been made of the Ferguson succession by the owners and their executives has allowed Manchester City to rise, the resurgence of Chelsea under several managers, Liverpool’s first title of the modern era, and of course the greatest triumph of them all, by Leicester.

Manchester United won 61.9 per cent of Premier League titles under Ferguson; and precisely zero since he left.

This has helped make England’s top division the best and most open in Europe. The way football has evolved in the Glazers’ time, there was a genuine chance that Manchester United could have been as dominant in the English game as Bayern Munich and Juventus became in Germany and Italy.

Instead, the club has burned through £719m in the transfer market failing to make it so.

The Glazers may have sought a closed shop, but the irony is that their stewardship has created anything but.

This is the downside of strict regulation. The biggest clubs must retain the right to be lousy decision-makers, because that brings change. 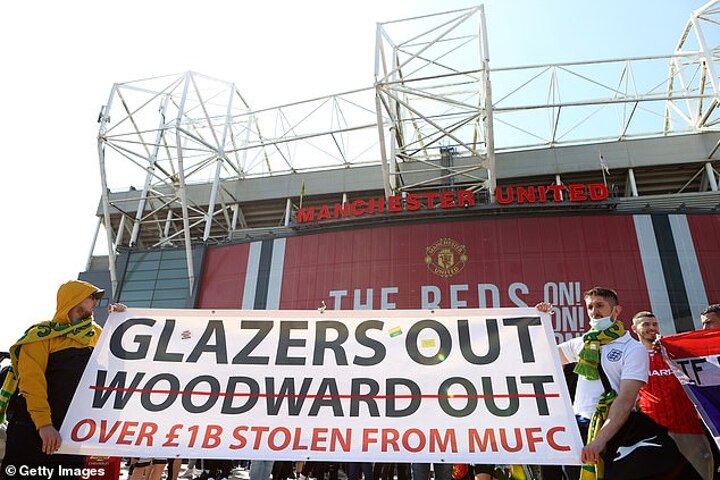 Manchester United’s shirt sales have fallen by 100,000 since 2019. In that time, their numbers have also been overtaken by Liverpool.

is not a huge drop, and Adidas deny their disappointment in United’s commercial performance was behind the departure of Ed Woodward, yet it demonstrates the fickleness of the foreign markets, where supporters can switch allegiances as fortunes fluctuate.

They’ll go with the winners, and United haven’t been that for too long.

It is beginning to hurt.

What are we fighting for?

While English football was taking to the streets in fury, in Italy #CeferinOut has been trending in protest at the UEFA chief who helped block the Super League.

Negative reaction in Spain has been muted, too.

It couldn’t happen here, we proudly tell ourselves, yet what if fan representatives on the board heard the spiel and were taken in?

What if they, too, became convinced these small, undeserving clubs were a burden and for mediocre Arsenal to claim their entitlement they had to join a league of their peers? One of the members of the Manchester United Supporters Trust set out his beliefs after Sunday’s demonstration.

‘I love this club more than anything in the world,’ he wrote, 'and to see it on a decline over the last 15 years is not the way we are supposed to function.’ 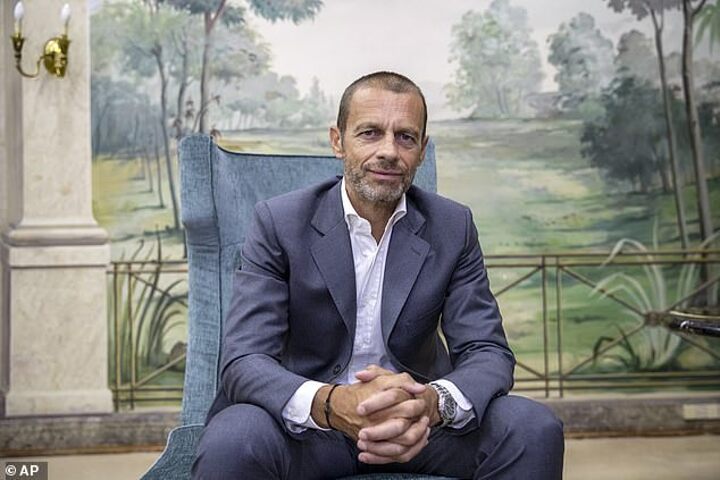 So is that what the protest was really about? No league title since 2013, no Champions League win since 2008. It wasn’t about greed, the closed shop, the dominance of a tiny elite? Would success for United’s dissenting voices simply be total, suffocating supremacy, minus the Glazers? Maybe we’re not on the same page after all.

For now, supporters from all levels of the pyramid have banded together. Those who have turned against their clubs have even won admiration. Yet in Italy and Spain their equivalents have bought the sales pitch.

It couldn’t happen here? That’s if we believe we all desire the same outcome. Just in case we’re wrong, it may be worth putting the locks on.

Derbies make success in London difficult. Fans in the north will say Liverpool and Manchester City always raise their game against Manchester United, no matter the disparities — yet imagine being Arsenal.

The match with Tottenham is special, obviously, but Chelsea want a piece, and so do West Ham. Then there is a queue.

In 1989-90, eight out of 20 Division One teams were from the capital: Tottenham, Arsenal, Chelsea, Wimbledon, QPR, Crystal Palace, Charlton and Millwall. It meant more than a third of every London club’s schedule was derbies and, unsurprisingly, none of them got within 16 points of champions Liverpool. 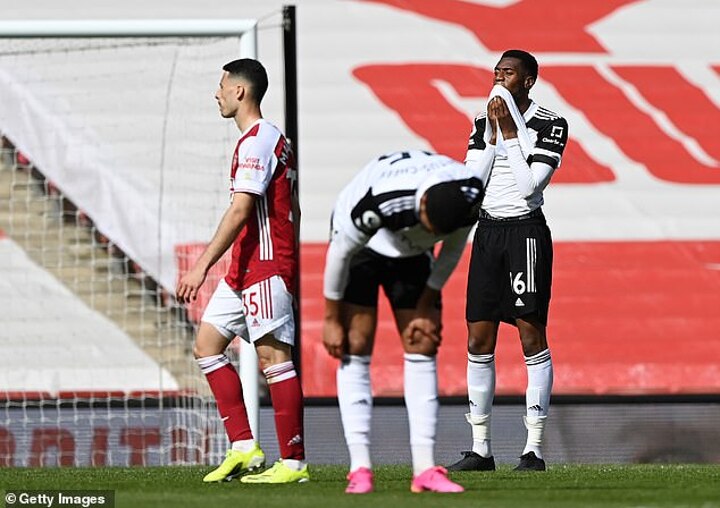 Yet for an underdog this could be beneficial. Plenty of old rivalries to inspire and motivate. So it perhaps says something about the bloodless composition of the modern squad, with so few homegrown players, that Fulham last won a derby in the top division on January 1, 2014, at home to West Ham.

Their current run extends to 24 matches, taking five points from a possible 72. It isn’t the only reason they are going down, but with six London teams in the Premier League again this year, it’s surely one of them.

Mount's a true great in the making

The first is at 20, when a small group leaves the rest behind.

The next is at 23 when, Wenger says, those with potential for true greatness emerge and separate again.

Mason Mount is 23 next birthday. He appears to have started early. 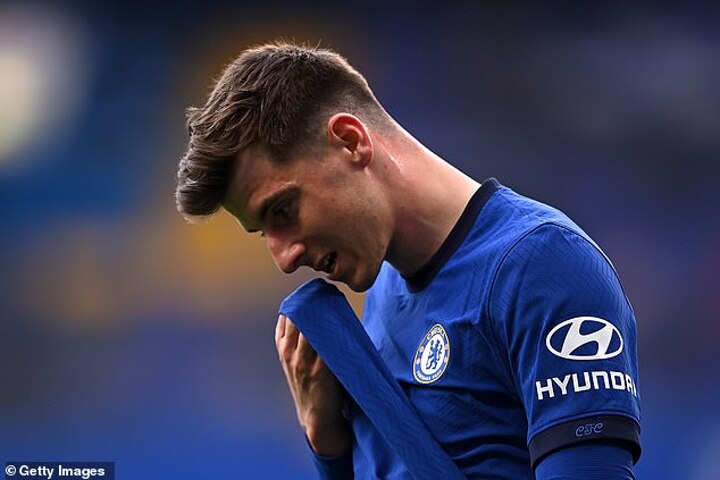 Records remain intact ... but the gulf does also

With the survival of Barrow and Harrogate this season, a remarkable record continues. Since automatic promotion to the fourth tier was introduced in 1986-87, all 49 clubs have survived their first season.

By contrast, of the 80 promoted to the Premier League since its formation, 34 have returned at the first attempt — soon to be 36 of 83, if the inevitable consumes Fulham and West Brom. It means 43.3 per cent of clubs will have been immediately relegated.

That the gulf between the first and second tier is so much greater than that between non-League and the EFL is a colossal failure which must be addressed.

It should not be that one and maybe two relegation places are earmarked before a ball is even kicked.

Were Thomas Tuchel to steer Chelsea to the Champions League final, it will again be advanced that the club made a brilliant decision sacking Frank Lampard, and the constant churn of managers keeps it healthy and successful.

Yet we never know what might have happened with more faith and perseverance.

That Antonio Conte chap who won the Premier League and was gone a year later seems to have done a decent job at Inter Milan. Maybe, given time, he might have had a clue. 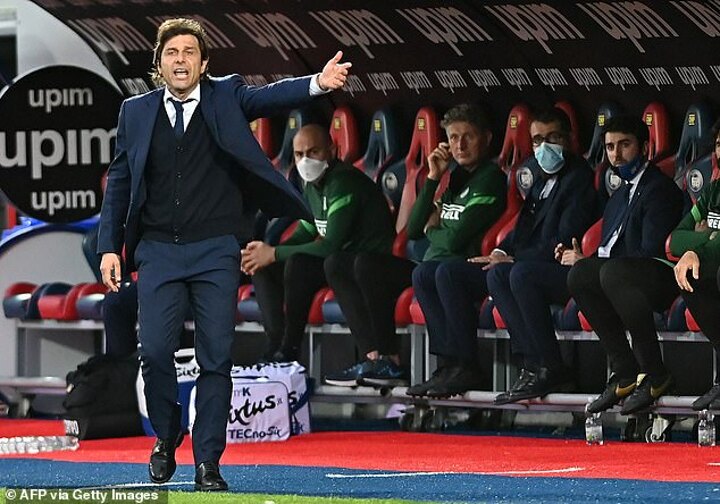 A Gareth Bale hat-trick, Dele Alli on the pitch, the dizzy heights of fifth in the table.

To borrow a phrase from a man who knew the meaning of genuine success: Lads, it’s Sheffield United. 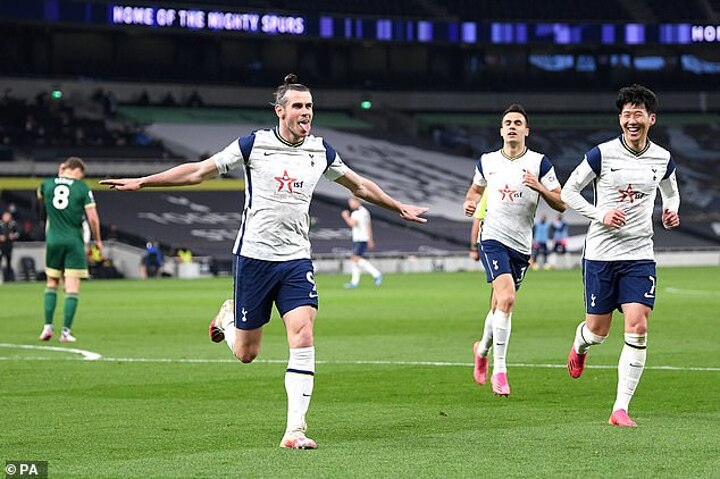 Among the Premier League plans to safeguard the future of football is a charter that all owners must sign up to, committing to the principles of the pyramid.

Credentials come out shining for Jones

Of course Alun Wyn Jones should captain the Lions. He’s the outstanding candidate, a leader by more than example and a player whose relationship with Warren Gatland is unmatched.

Owen Farrell’s communication with referees remains a concern; Maro Itoje is yet to be chosen to captain England. Neither has the credentials of Jones. 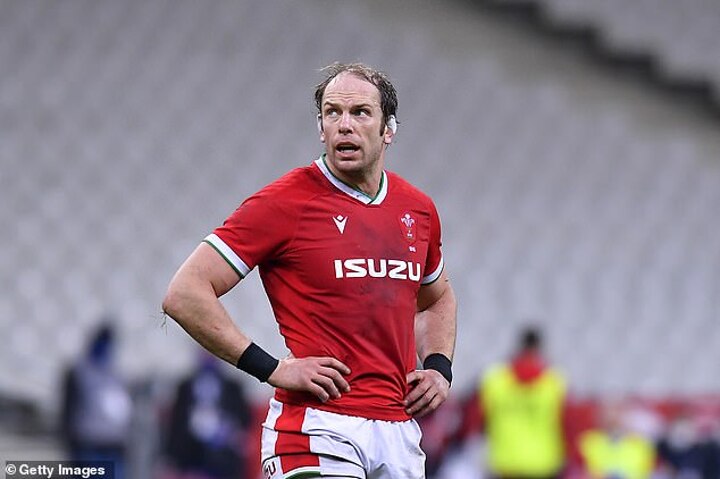 It might have been different had the Six Nations forced Gatland to look elsewhere for a lock.

But it didn’t. Jones was the best there, too