Manchester City defender Angelino has confirmed he rejected interest from Barcelona to return to RB Leipzig. 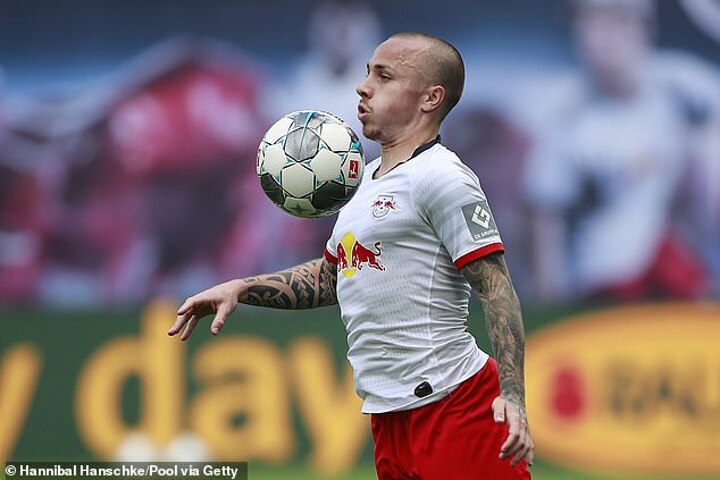 Left back Angelino re-joined Leipzig for a second spell last week, in another loan deal with the Bundesliga side having an option to buy him next summer for around £16million.

The Spaniard, 23, impressed in his first stint during the second half of last season, helping Leipzig finish third and reach a Champions League semi-final putting him on the radar of a number of clubs including the LaLiga giants.

But he said the chance to work with Leipzig's highly-rated manager Julian Nagelsmann once more was too good to turn down.

'It's great that one of the biggest clubs in the world wanted me,' Angelino told Sport Bild.

'But in my head it was always clear: I want to stay with RB and not at another club - no matter who it was about. Leipzig suits me, the club's high goals fascinate me. I'm just as hungry as the club.

'The coach is one of the main reasons for me. I was enthusiastic about his idea and the way he played from the start. We really have a great relationship with each other. He often told me that he wanted to keep me, that I was an important part of the team. As a player, it just makes you feel good when you are really needed. I felt that connection throughout the club from day one. But my team-mates also made it easy for me to get my best performance straight away.' 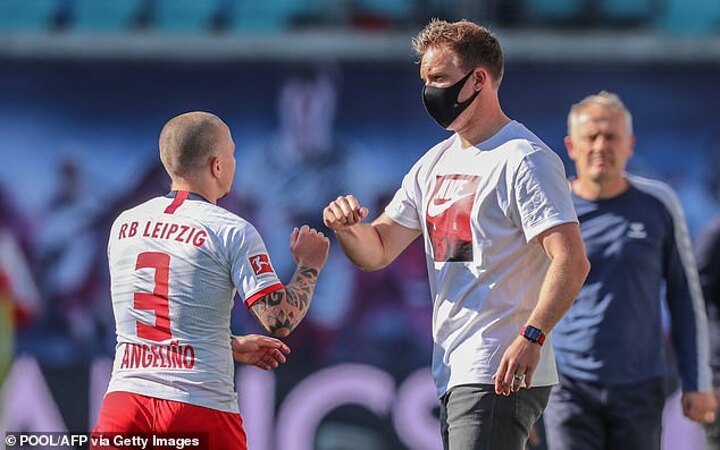 Angelino played 12 times for City last season under Pep Guardiola before making his first move to Leipzig and said the Etihad boss and his current manager have similar approaches.

'We play like Manchester City. Pep Guardiola and Julian Nagelsmann have the same style,' Angelino said.

'But I've made a lot of tactical improvements - especially my positional play. The entire coaching team has already helped me a lot. Nagelsmann wants his full-backs, including me, to score and set up more goals.

'In my strongest season in Holland [at PSV], I had twelve assists. Achieving or surpassing that would be good. But of course the Bundesliga is different.

'The aim is that I keep the shape I was in last season. Then I can do my part to ensure that we achieve great things with the team.' 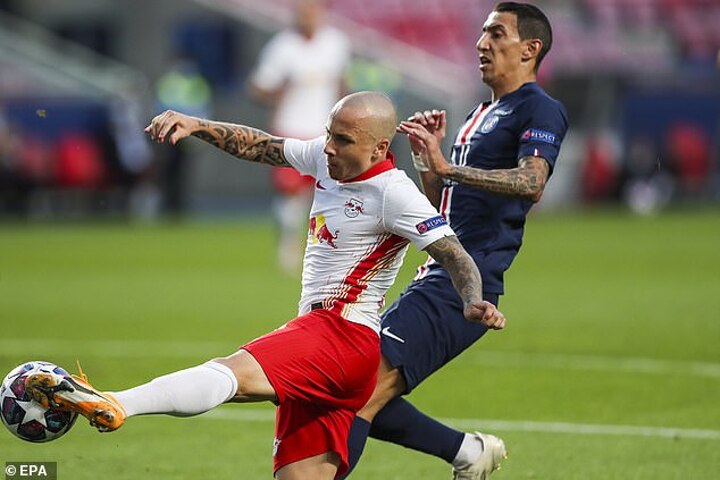