French newspaper L'Equipe are predicting Paris Saint-Germain star Neymar will struggle for votes in pursuit of his first Ballon d'Or award - with five players picked out ahead of him. 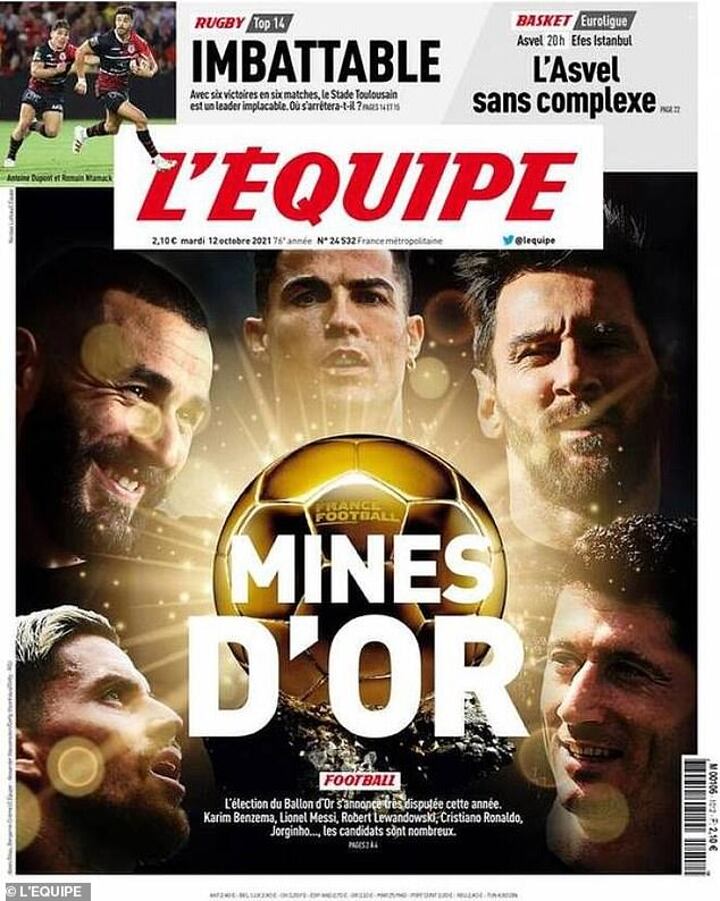 The prestigious Ballon d'Or awards were cancelled in 2020 due to the Covid-19 pandemic but will return to Paris this winter at the Theatre du Chatelet on November 29.

But the newspaper do not expect one of Paris's Brazilian star to be hoisting the individual prize, instead picking out Jorginho, Cristiano Ronaldo, Karim Benzema, Robert Lewandowski and Lionel Messi as the five potential winners. 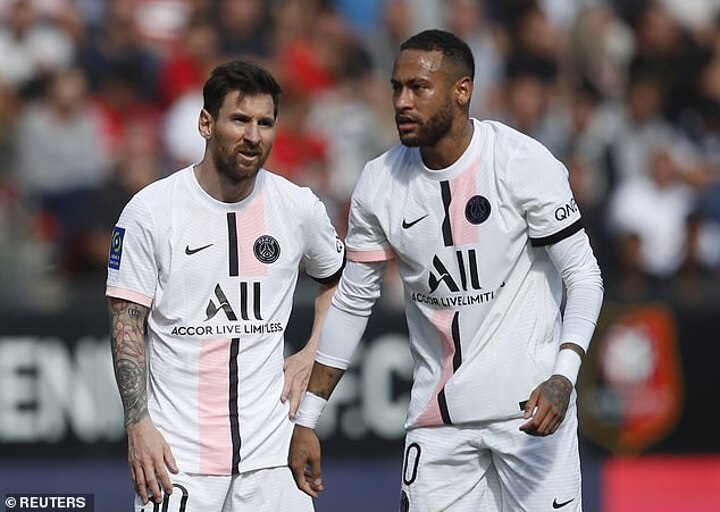 Manchester City's Ruben Dias and Kevin De Bruyne, as well as England pair Raheem Sterling and Harry Kane, all could push Neymar 'far enough in the standings,' according to the paper.

The quintet adorned L'Equipe's front cover on Tuesday morning and credible cases can be made for all with Messi a Copa America champion, Jorginho lifting the Champions League with Chelsea and the Euros with Italy, Benzema and Lewandowski jockeying to be the best No 9 in the world and Ronaldo left Juventus as the top scorer in Italy.

L'Equipe narrowed it down further by backing Messi, now of PSG, Benzema and Lewandowski as the most likely three.

Frenchman Benzema is believed to be peaking at the perfect time for voters having played a key role in clinching the UEFA Nations League title for France. He is also a leading light in what is a struggling Real Madrid side.

Bayern Munich star Lewandowski was widely seen as a clear frontrunner last season, only to have the awards ceremony axed amid the pandemic. 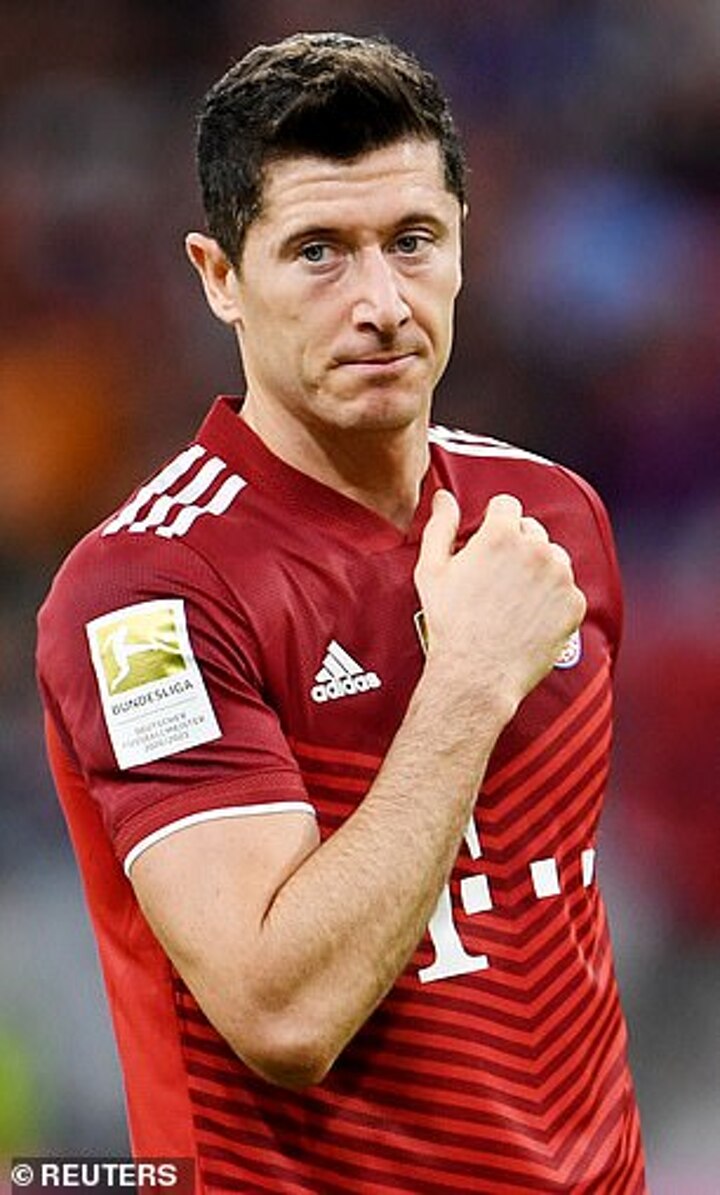 The Pole was in a league of his own throughout 2019-20 and finished with 55 goals across all competitions, leading to him winning the FIFA Best Men's award.

Lewandowski swallowed his disappointment to bag a further 41 goals in 2020-21 - beating Gerd Muller's single season league record - as he claimed the first European Golden Boot of his career.

Despite only counting the Bundesliga as a major title last season, he remains one of the clear frontrunners since Messi last won the award in 2019, his sixth overall Ballon d'Or.

Fourteen players from the Premier League earned nominations - but only Jorginho has been given a shot at winning by L'Equipe.

Messi is the bookmakers' favourite win the prestigious award for a record seventh time next month having scored 38 goals in 47 games last season, helping guide Barcelona to the Copa del Rey before winning the Copa America with Argentina. 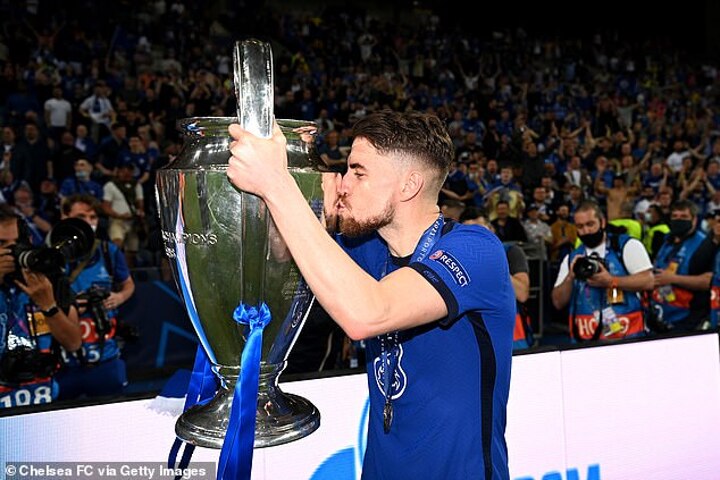 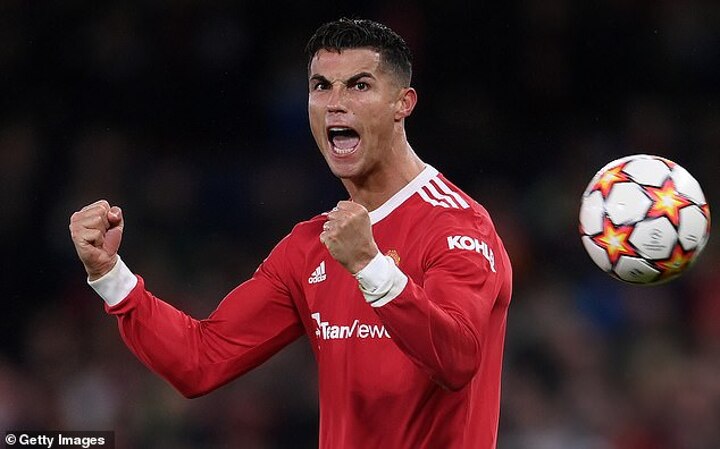 But Chelsea boss Thomas Tuchel believes Jorginho should be rewarded for his efforts last season with the game's biggest individual prize.

'Jorginho deserves to win the Ballon d’Or,' the Chelsea manager said during an appearance at the annual Sports Festival in the Italian city of Trento, according to Football Italia.

'He’s a very intelligent player and it’s a pleasure to be his coach.'

'I would find it really strange if he does not win the trophy.'

The Italian is the only midfielder the newspaper have in with a shot of winning with the other four all attackers - a position long favoured among the judges.

Messi may find himself as the favourite ahead of his team-mate Neymar but the Brazilian would be getting a vote if Messi had his way.

'Obviously I have two players in my team that I would vote for, Ney and Kylian (Mbappe),' Messi told L'Equipe via RMC Sport.

Neither Neymar nor Mbappe lifted a major trophy in 2020-21, with Mbappe ending his drought by lifting the UEFA Nations League alongside Benzema for France last weekend. 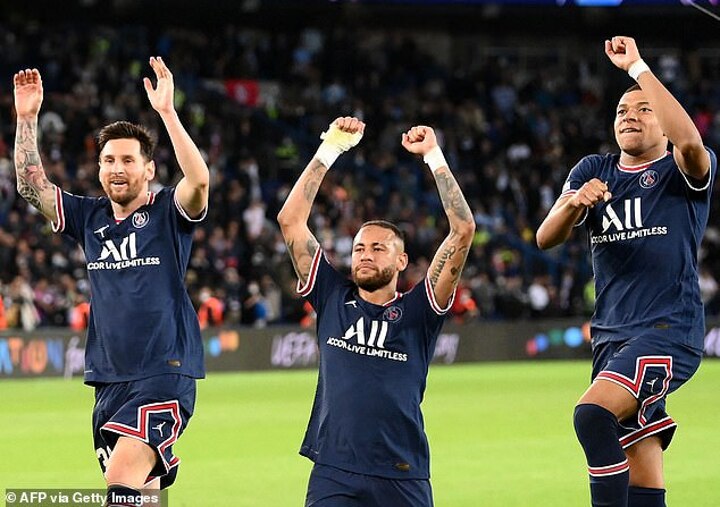 The case made for Ronaldo is that he finished with 34 goals from 47 matches in all competitions, edging out Romelu Lukaku as the top scorer in Italy at the age of 36.

L'Equipe point to the fact that he had 'little' help at Juventus and his individual numbers have remained impressive since joining Manchester United.

In the words of the newspaper he remains 'a phenomenon of performance and longevity'.

Voting will be made up of a panel of international journalists - one representative per country - and they will be asked to name a top five for the prize from the 30 nominees.

The noted criteria for the award is individual and collective performances during the awarded year; player class - highlighted as their talent and their fair play; player's career - although this is unclear if the parameters are set to just one season of judgement.