FC Bayern and Audi are heading toward the future together. The German record champions and Audi have been working together for 17 years, and have now extended their contract – which was originally due to run until 30 June 2025 – by a further four years until 2029. 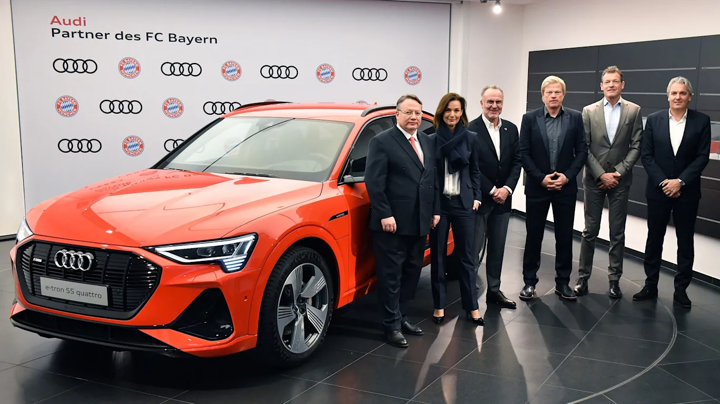 Audi thus remains the exclusive automobile partner of FC Bayern. The early contract extension also sees the content of the partnership being expanded. Electrification and innovative marketing will be the main strategic areas of focus in the future. To underline this, it has been agreed that all FC Bayern first-team players will receive a fully electronic Audi e-tron in 2020.

FC Bayern München AG CEO Karl-Heinz Rummenigge said: “I’m very happy about the early extension to our partnership with Audi. For FC Bayern, this agreement is an important strategic step into the future. FC Bayern and Audi have now been working together for more than one and a half decades in a way that is trustful, earnest and beneficial to both brands. Now it’s assured that this partnership will continue for almost 10 more years.”

Andreas Jung, FC Bayern München AG board member responsible for marketing, added: “Both Audi and FC Bayern place importance on forward thinking and innovation on the one hand, and stability and reliability on the other. Both partners have the ambition to be number one in Germany. We are very much looking forward to many joint activities, many joint events and many more years together with Audi.”

FC Bayern’s partnership with Audi started in 2002 on a pure sponsorship basis. In 2011, Audi also became a shareholder in FC Bayern München AG. Since then, there have been numerous joint campaigns, initiatives and events. A highlight is undoubtedly the Audi Cup, one of the most prestigious pre-season tournaments in Europe, which has already been staged six times at the Allianz Arena.