Six clubs are reportedly in the race to sign Jadon Sancho this summer - including Liverpool as well as Manchester United and Chelsea. 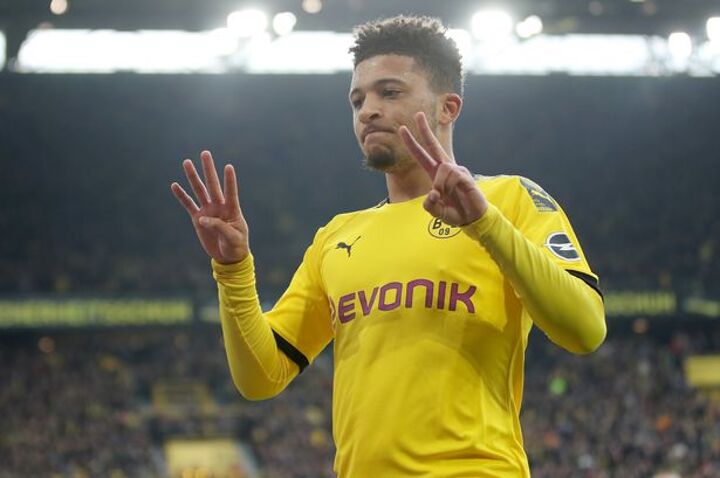 The Mirror claims Manchester City are also contenders for Sancho's signature, as they have the option to match any bids under the terms of the deal that saw him leave their academy for Borussia Dortmund in 2017.

Sancho, 19, has scored 14 goals and provided 16 assists in all competitions for Dortmund this season.

And the winger's form has not only attracted the Premier League's big guns, as Bayern Munich and Barcelona have also now entered the race for the £100million-rated England international, according to Sky Sports.

With Dortmund challenging for the Bundesliga title and preparing to face Paris Saint-Germain in the last 16 of the Champions League, Sancho is currently focused on his team's on-pitch fortunes.

But wherever he ends up next season, he will want to be playing in the Champions League - which means Chelsea and United must secure a top-four spot if they want to have any hope of landing him.

Frank Lampard's Chelsea are currently fourth but will need to snap a run of inconsistent results if they want to maintain that position.

United, meanwhile, are six points off fourth spot so must be ready to capitalise if Chelsea do slip up.