Gareth Southgate believes Raheem Sterling has been close to "unstoppable" after his dazzling display in England's entertaining 5-3 win over Kosovo in Euro 2020 qualifying. 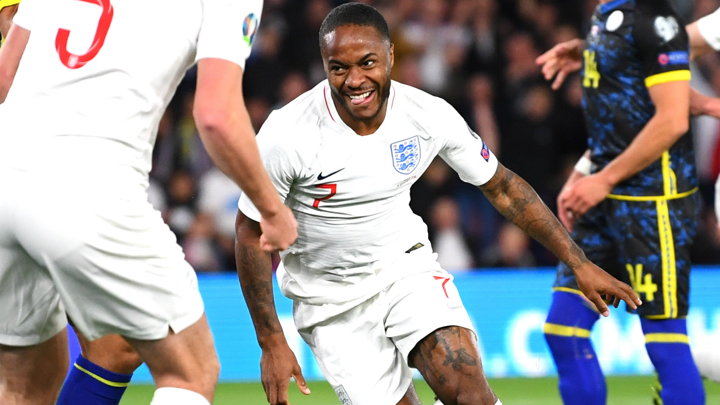 "Our attacking play from Raheem, Jadon and Harry was outstanding," Southgate said. "Raheem's two performances have been of the highest level.

"I think he's been almost unstoppable, his awareness of where defenders were, his ability to ride challenges, his vision and desire to get in on goal, and unselfish play as well, so I couldn't speak highly enough of the way he played."

It was a memorable outing for Sancho in Southampton, where the Borussia Dortmund sensation scored his first England goals.

"Jadon – you know we were talking about the three on Saturday – Jadon's performance was at that level as well. He worked really hard for the team without the ball and showed the ability he has to go past people, to be calm in tight areas," Southgate said.

"So, that part of our game was absolutely outstanding. We continued that threat for most of the game."