As part of their preparation for Euro 2020, Spain will meet Germany first (probably at the Bernabéu) then the Netherlands, in Amsterdam. 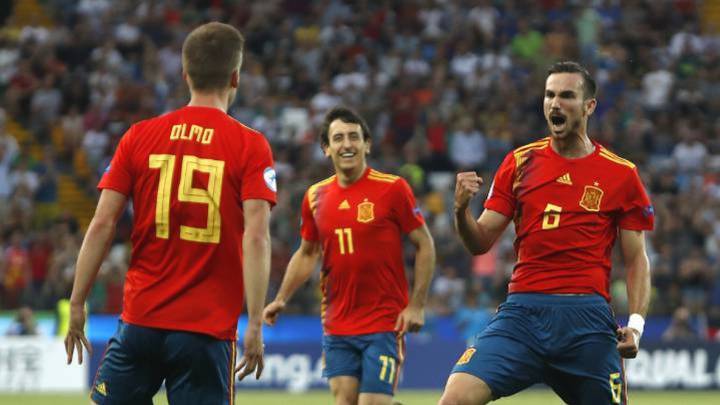 Spain will play two friendlñy matches in March against two top level rivals - Germany and the Netherlands as part of their preparations for next summer's Euro 2020 tournament. The meeting with Germany will take place in Madrid at an undisclosed venue. The first option is the Santiago Bernabéu, because this Monday, 18 March, Spain will be at the Metropolitano for their Euro 2020 qualifier against Romania. However, there is a chance that the Germany friendly could be played at Atlético's stadium as a result of the ongoing work on the Bernabéu. A second friendly has been pencilled in for March, against the Netherlands in Amsterdam.

No dress rehearsals for Spain in Bilbao

In the end, the RFEF rejected the idea of playing a friendly in Bilbao before Euro 2020. The Federation were keen on the idea but haven't received an invitation to do so from the Basque authorities. So Spain won't get the chance to play at San Mamés in Bilbao until the tounament is already underway in mid-June. Robert Moreno's team will play their first two group games on home soil - they will find out who their group stage opponents will be following the draw which takes place at the ROMEXPO Arena in Bucharest on 30 November. Six nations have booked their ticket to Euro 2020 so far - apart from Spain, Belgium, Italy, Poland, Russia and Ukraine have already qualified.