Barcelona great David Villa has heaped praise on the club's new signing Robert Lewandowski. The Poland international joined the Blaugrana this summer from Bayern Munich in a €45 million deal. 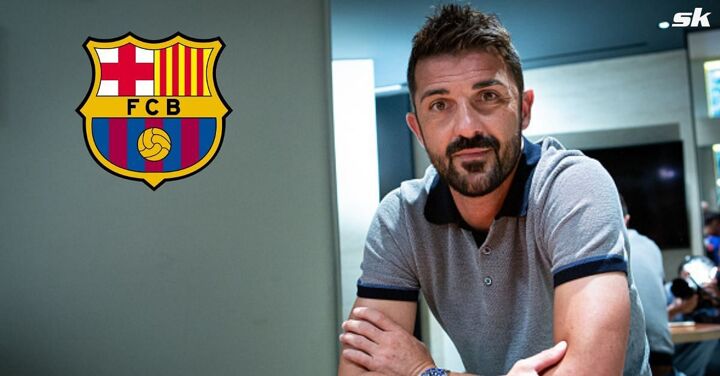 Villa was in conversation with Cadena Ser when he lauded Lewandowski. He claimed that a player like the Pole will continue to give output even during the adaptation period at a new club.

"He is one of the best strikers in recent years. Adaptation is always mandatory, but a talent like him could play anywhere.

"He has so much talent and experience that, regardless of how long the adaptation process lasted, he was going to do it fine," he explained.

Lewandowski hasn't taken any time to settle down at Barcelona. In eight matches for his new side, the striker has scored 11 goals and provided two assists. So far, the 34-year-old has failed to score in just two matches this season.

Barcelona recently faced Bayern Munich in a UEFA Champions League clash at the Allianz Arena. Lewandowski, who made the switch to the Catalan giants this summer, returned to face his former club just two months after leaving them.

The home side eventually emerged victorious with a 2-0 scoreline. The Polish striker, who had scored in six consecutive games leading up to the Bayern match, failed to score.

Lewandowski was later quoted as saying by Barca Blaugranes that the match was a "big challenge" for him and an "emotional" one. He said:

“Of course I wanted to beat Bayern. And I also wanted to score but when you talk about feelings, you can’t completely silence them because it’s not that long since I left Bayern.

“The match was a big challenge for me. It was impossible for me to stop all those feelings. It was more than a sports match for me, it was an emotional match.

“The most emotional moment? As soon as you enter the stadium. Although it was a strange feeling to go to another locker room and warm up in another area."

The forward is currently with the Poland national team, preparing for their Nations League matches against the Netherlands and Wales, to be played on September 22 and September 25, respectively.