Hamburg player Toni Leistner has apologised after climbing into the stands and grabbing a Dynamo Dresden fan after his side's 4-1 defeat in the German Cup on Monday. 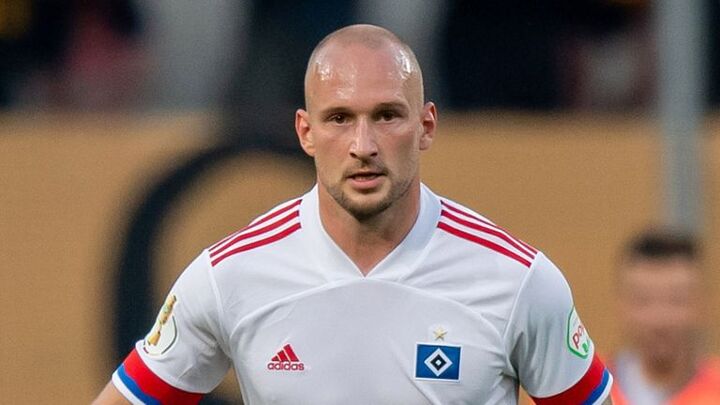 Leistner, who was born in Dresden and played for Dynamo from 2010 to 2014, was due to give an interview to Sky in Germany reporter Jurek Rohrberg after Hamburg crashed out of the DFB Pokal in the first round.

But he climbed into the stands to confront a section of the Dynamo fans, grabbing one of them by the shirt collar and pushing him into the ground after hearing verbal abuse and taunts directed at his family.

The former Queens Park Rangers defender was then pushed away by fans and forced to leave the stand by stewards.

He then resumed his interview looking extremely irritated and later released a statement on his Instagram account, claiming what he heard was "massively below the belt", but apologising unreservedly for his actions.

"I received some massive insults from the stands in my hometown after the game," he said.

"Usually, I can handle that but then it went below the belt against my family, my wife and my daughter. At that moment my fuse blew especially as this was already an extremely emotional game for me. 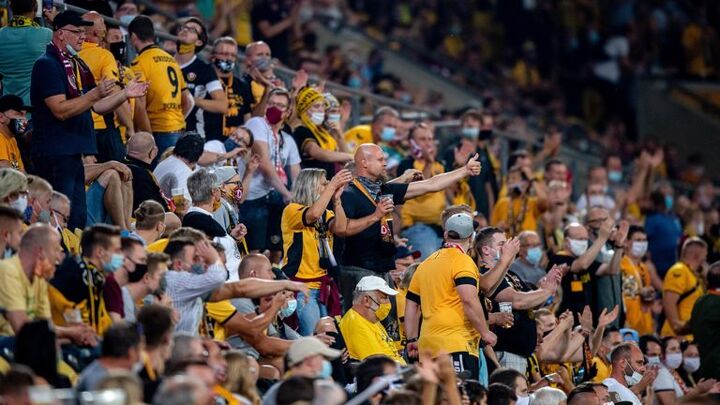 "Something like this should not happen - I am a family man who wants to serve as a role model. I apologise for my behaviour and can only promise that - no matter what insults are thrown at me - something like this will never happen again."

The incident happened with a crowd of 10,053 present at the Rudolf-Harbig-Stadion, the biggest attendance in Germany since the coronavirus lockdown.

His former side Dynamo Dresden condemned the "shameful" incident, and defended their former player, saying they will investigate to find those responsible for the verbal abuse. 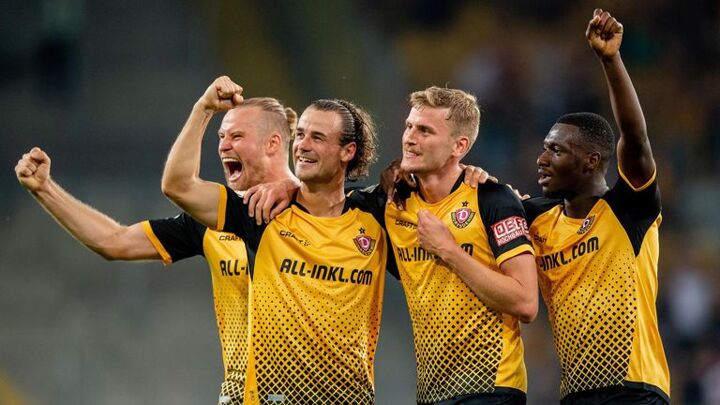 "It's just shameful that Toni Leistner was offended in such a way by a fan of his home club after the game," the club said on Twitter.

"We are looking for the person because we do not want to leave this incident where it is. Thanks to 99.9 per cent of all stadium visitors for your support!"

Later on Monday night, the club added on Instagram that Leistner may have made a mistake but he "has his heart in the right place" and will "always be welcome" in Dresden.

"Especially in times of success, one should show humility, gratitude and greatness. We all love football because it can release great emotions.

"And yes, people make mistakes. Toni Leistner is a Dresden boy who has his heart in the right place and has never forgotten where he comes from. Go on, Toni, you are always welcome here!"

Third-tier side Dynamo Dresden enjoyed a famous cup night as they won 4-1 over their second-division opponents thanks to goals from Yannick Stark, Robin Becker, Christoph Daferner and Sebastian Mai.