Based on value, performances and their overall impact on their new teams, these are the 2018-19 arrivals who have most stood out across Europe 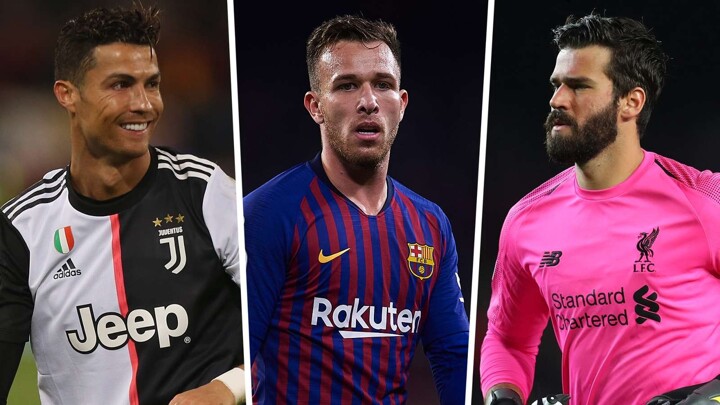 While Espanyol are going to finish mid-table in La Liga, their star striker Borja Iglesias has caught the eye since joining from Celta, banging in 17 league goals and attracting interest from Premier League side Everton. 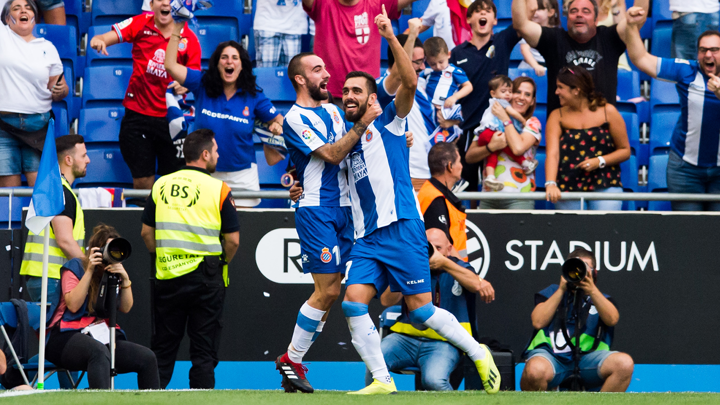 Before this season, the 26-year-old had only ever made one La Liga appearance - for Celta in 2014-15 - but came of age leading the Espanyol line this campaign after years of playing in the lower leagues.

Last season he was plying his trade for Segunda club Real Zaragoza, where he struck 23 times in 43 matches.

The Portuguese full-back's winning goal against Manchester City in December threw a spanner in the Premier League title race that Pep Guardiola's team eventually fought back from.

Pereira was a constant menace down the right flank, combining his defensive duties with providing an attacking outlet - contributing seven assists.

The 25-year-old will form a crucial cog in Brendan Rodgers' plans to get Leicester further up the table next season. 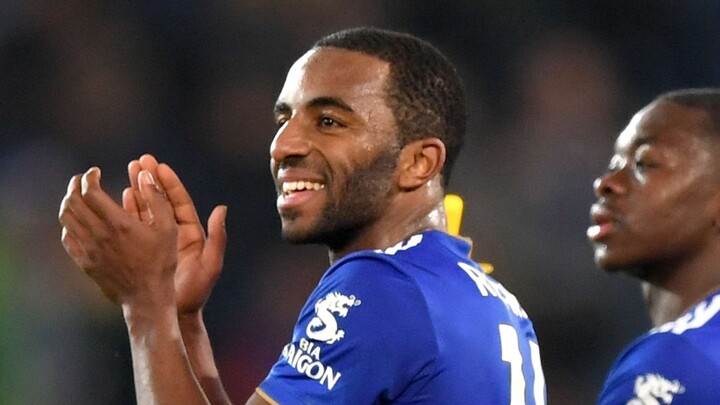 Fears were raised by supporters when the Brazilian midfielder had yet to play a Premier League game as mid-October rolled around.

But Reds coach Jurgen Klopp was letting the 25-year-old get his fitness up and settle into Anfield before unleashing him on opponents.

Fabinho became an indispensable part of the team once he made his debut and even filled in at right-back and centre-half when called upon. 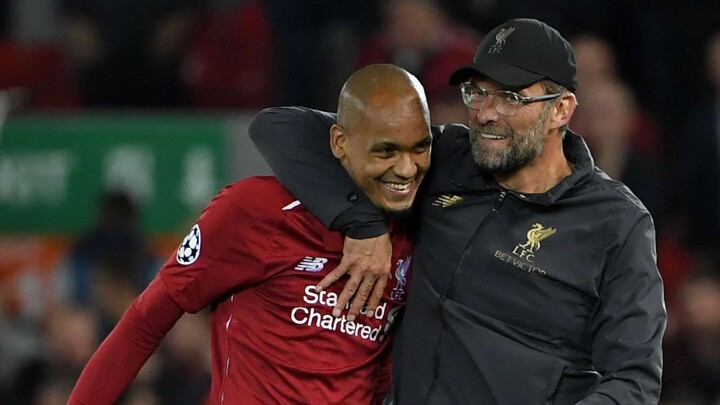 After struggling to be prolific in front of goal during his career, the 28-year-old found his best form while on loan at Wolves, scoring 13 goals and getting eight assists in 38 Premier League matches. 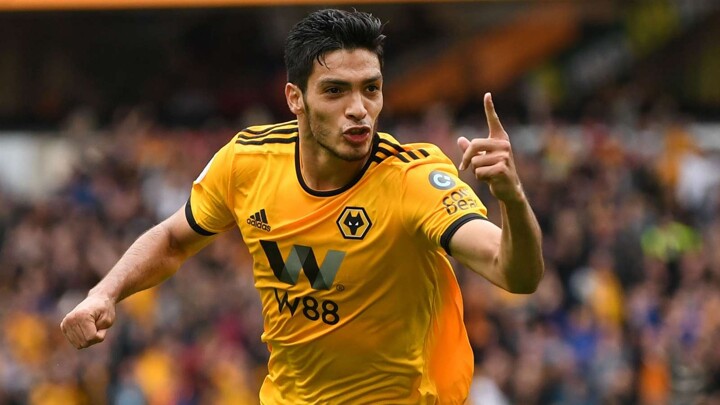 The Spanish striker joined the German club on loan at the start of the season and then proceeded to become the first player in Bundesliga history to score as a substitute in 10 games - a record achieved in December with more than half the season to play. 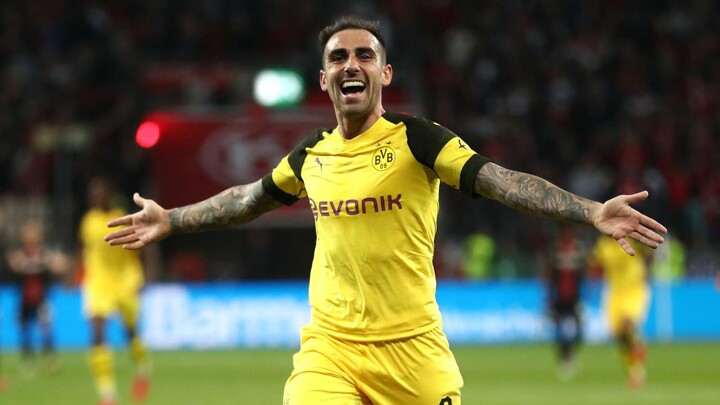 Alcacer's 18 league goals for the entire campaign came at an incredible rate of a strike every 66 minutes.

Dortmund decided to purchase the 25-year-old on a permanent deal in November after his start to the season, with the contract officially commencing on July 1.

Inter’s signing of Radja Nainggolan last summer could go down as one of their biggest mistakes in recent years.

The Nerazzurri paid €24 million for the 30-year-old but also additionally handed over youngster Zaniolo as part of the exchange. 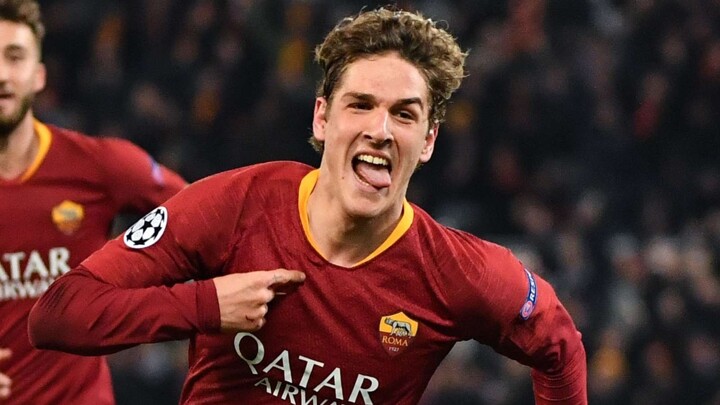 While Nainggolan has been average at best, Zaniolo has exploded into one of the best wonderkids in European football.

The complete 19-year-old memorably scored two goals in the Champions League win over Porto, earning himself a call-up for the Italy national team and 38 minutes in the Euro 2020 qualifiers against Finland and Liechtenstein.

A veteran of four Serie A clubs, Zapata hit the form of his career after being loaned to Atalanta. He has scored 22 goals in the league and is currently second in the scoring charts behind Fabio Quagliarella (26) and ahead of Cristiano Ronaldo (21). 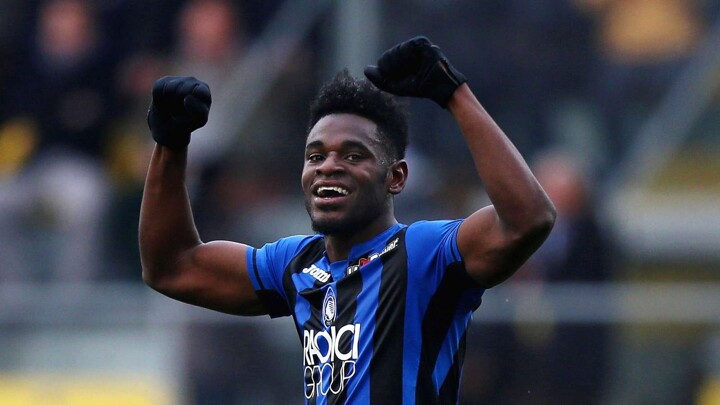 The Colombian striker's goals have Atalanta on the brink of qualifying for their first ever Champions League campaign, with the club currently in fourth place, three points ahead of AC Milan and AS Roma.

Zapata is contracted to spend next season on loan with Atalanta but has been linked with a move to bigger clubs in Italy and England.

After impressing for Uruguay during the 2018 World Cup, new Arsenal manager Unai Emery decided to purchase Torreira to play at the base of his Gunners midfield. 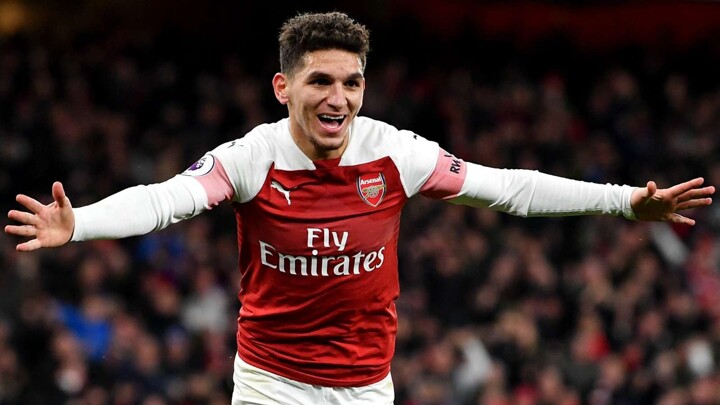 The 23-year-old took his time to settle at the Emirates but Arsenal fans quickly got used to the sight of the defensive midfielder tearing around the pitch preventing attacks.

Torreira contributed two goals from his deep-lying midfield position - one of them being the sealing strike in a 4-2 victory over derby rivals Tottenham. 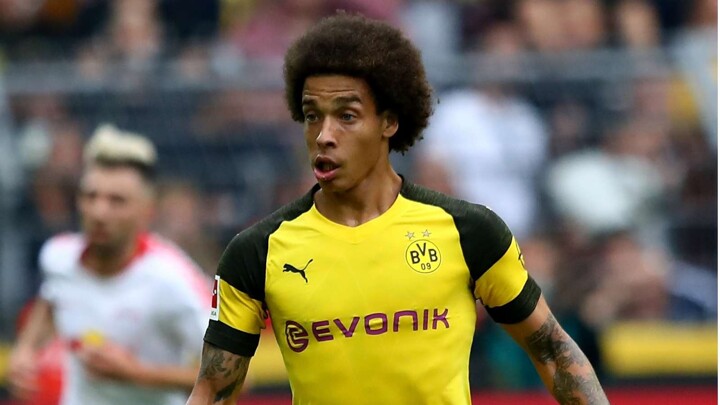 The Belgium international arrived in the Bundesliga on the back of a very successful World Cup, but there were still some doubts over whether the former Zenit midfielder could make the step up to the Bundesliga.

However, he hit the ground running for Dortmund, scoring on his cup debut before repeating the feat a week later with a goal on his league debut in Germany.

Witsel may only have three league goals in total, but he provided much more than that as he added stability to the Dortmund midfield and helped them challenge Bayern Munich for the title. 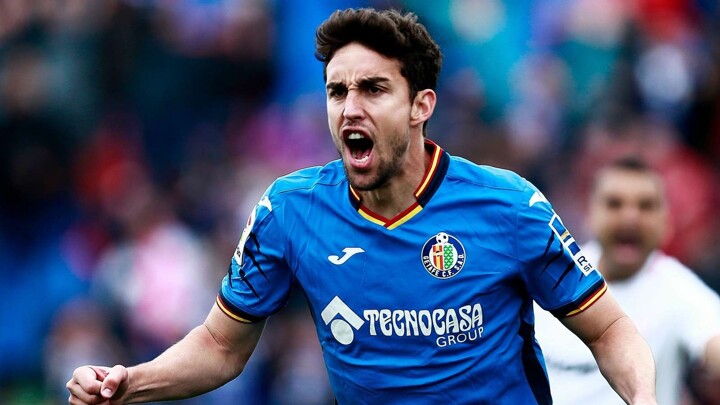 The 30-year-old striker has spent his career in the Spanish lower leagues but seized his chance with Getafe after a stunning 33 goals in 39 Segunda appearances for Real Valladolid last season.

Joining Getafe on a free transfer, Mata has spearheaded the Madrid-based minnows to the brink of a historic first-ever Champions League qualification with his 17 league goals in his debut La Liga campaign.

His hottest run of form came between February and March, when he scored seven goals in five matches. 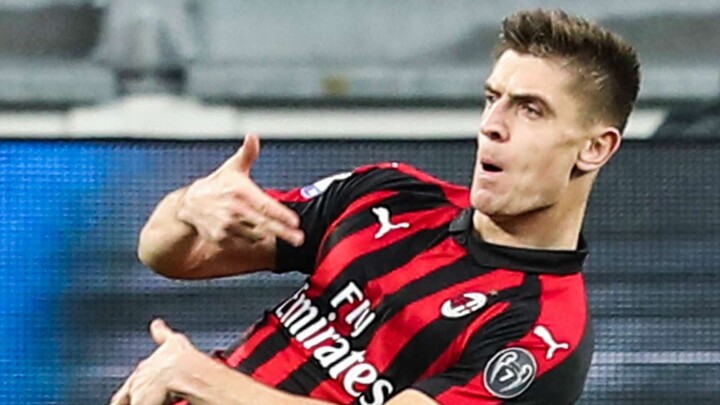 Krzysztof Piatek was completely unknown in Italy when he joined Genoa from Cracovia for just €4.5m last summer.

However, he quickly became a household name by netting in each of his first seven Serie A games, scoring nine goals in total.

Piatek's sensational start to the season not only earned him a first Poland cap, it also secured him a €35.7m January move to AC Milan, ensuring a tidy profit for Genoa in the process.

The 23-year-old has since gone on to strike eight times for the Rossoneri, putting himself in contention for the topscorer award with a couple of rounds remaining. 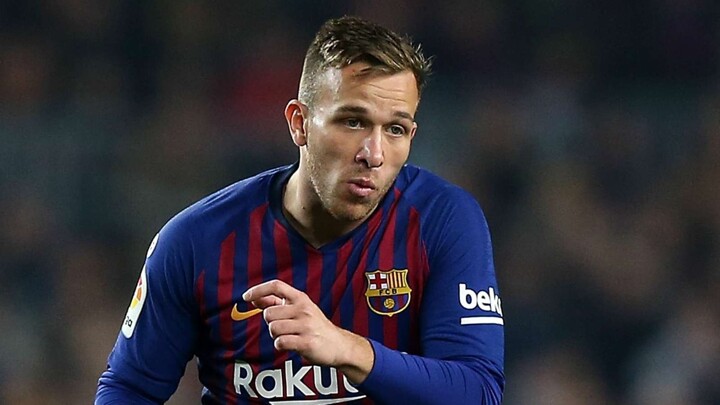 With the departure of maestro Andres Iniesta, the Catalans turned to Brazilian playmaker Arthur to fill the breach.

In his first season at Camp Nou, the 22-year-old has slotted in seamlessly, with an extraordinary 94.2 per cent pass success rate in the Champions League and 93.5 per cent in La Liga.

While he is yet to score and only has one assist, his presence in the team is crucial to the structure of the midfield and tempo of the match. 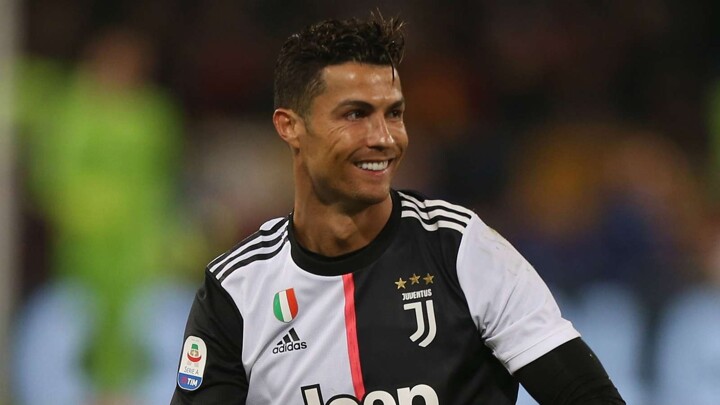 The Portuguese superstar helped the Old Lady clinch their eighth consecutive Serie A title with 21 goals and 11 assists in his 30 league matches.

While the 34-year-old didn't spearhead the team to Champions League glory, he scored five goals in the knockout stages and singlehandledy dragged Juventus to victory with a hat-trick in the round-of-16 win against Atletico Madrid.

Ronaldo still managed to score twice across both legs as the Bianconeri were upset by Ajax at the quarter-final stage.

It's been a remarkable season for Dusan Tadic, who is set to win a domestic double with Ajax after arriving from Southampton last summer.

The Serbian had spent four largely underwhelming seasons at St Mary's, impressing only sporadically, but he has been consistently brilliant in Amsterdam, racking up 36 goals in all competitions.

Tadic was one of the driving forces behind Ajax's thrilling run to the semi-finals of the Champions League, with his stunning display in the last-16 second-leg win over Real Madrid arguably the best individual performance in this season's tournament.

Indeed, Tadic, who scored six goals and created four others, was even awarded a rare 10 out of 10 mark by L'Equipe for his Bernabeu masterclass! 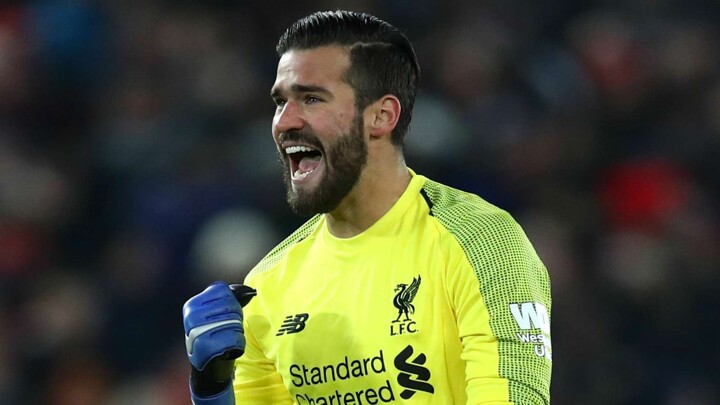 After the unsteady goalkeeping of Simon Mignolet and Loris Karius, Liverpool opted to splash a world-record fee (at the time) on a shot-stopper for the Brazilian No.1.

And the club was rewarded with a brilliant debut season from the 26-year-old, who clinched the Premier League Golden Glove with 21 clean sheets - which was one more than his Manchester City compatriot Ederson.

Alisson only conceded 22 goals in 38 matches as the Reds only lost one match for the season and compiled a club record 97 points.