Union Berlin will invite local rivals Hertha Berlin to the Stadion An der Alten Försterei in their 2022-23 Bundesliga opener on Saturday. 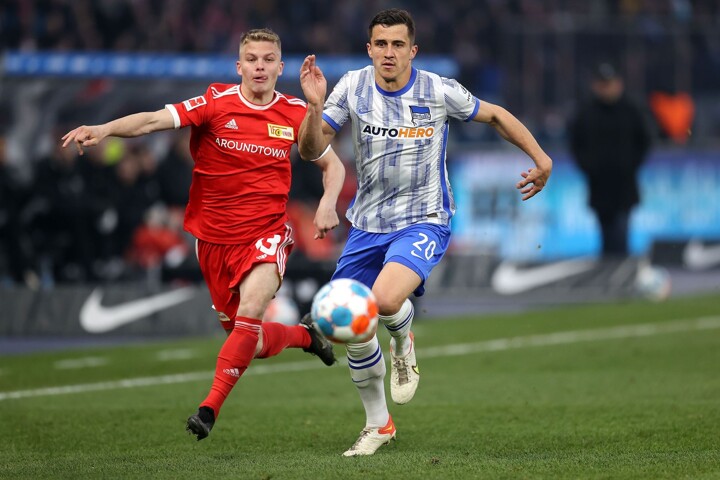 This will be a memorable occasion, as it will be the first opening-day city derby in the Bundesliga since 1965 when 1860 Munich beat promoted Bayern Munich 1-0 at home.

Union Berlin finished fifth in the league last season, winning six of their last seven games. Hertha, meanwhile, had to go through the Bundesliga relegation playoffs, overcoming Hamburg 2-1 on aggregate to retain their top-flight status.

Both teams took part in the first round of the DFP-Pokal on Sunday, where they endured contrasting fortunes. Union Berlin secured a 2-1 win over Chemnitzer, while Hertha fell to a 6-5 loss on penalties to Eintracht Braunschweig after the game ended 4-4 in regular time.

This will be the 12th edition of the Berlin derby, although the two teams have also met 13 times in friendlies. In competitive fixtures, the hosts enjoy a 5-3 lead in wins, while three games have ended in draws.

Union Berlin are on a three-game winning streak in this fixture and have faced just one defeat at home against Hertha. Union completed a league double over Hertha last season and have the upper hand in this fixture.

Fabio Schneider is out with a knee injury. Timo Baumgartl has just returned from chemotherapy and will play no part here.

Kelian Nsona is out with a ligament injury, while Marco Richter will only be back later this month following his tumour removal in July. Lucas Tousart will serve a suspension carried over from last season. Ngankam Jessic is struggling with a knee injury, while Dong-jun Lee is also injured.

Die Eisernen have been the better team in this fixture and also had a better outing in the pre-season. Hertha have a slightly longer injury list to worry about than their opponents, which might impact their performance. Union Berlin should eke out a narrow win and get their league campaign off to a winning start.