The arrival of Christophe Galtier at the Parc des Princes signals a change in direction at Paris Saint-Germain. 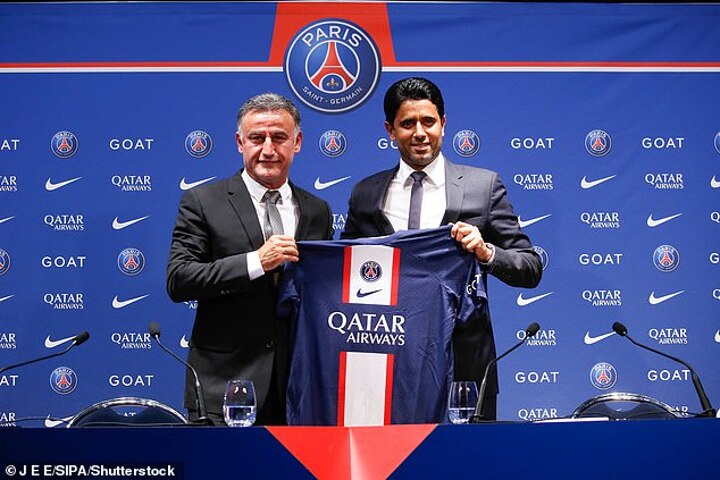 Gone is the clamour for big names with global recognition. The club’s owners, Qatar Sports Investments, have doled out enough cash in the past decade to realise, finally, that the approach isn’t working.

Instead, they want substance. QSI have looked a little closer to home and in Marseille-born Galtier they believe they have an individual capable of leading something of a revolution in the French capital.

It is a move borne out of frustration, with the message from president Nasser Al-Khelaifi clear. For too long the club has been taken advantage of by players who are guided by a sense of entitlement.

There is very much a new broom feel to the appointment, with individuals sure to be shown the door and the ethos around PSG's changing room set for a revamp.

Here, Sportsmail looks at just how Galtier is likely to achieve that...

Christophe Galtier did not muddle his words at his first press conference.

'We must have a common project, with no compromise,' he said when asked about managing PSG. It was a clear message to the dressing room; get onside.

For his predecessors, that hard stance has been lacking. Mauricio Pochettino's approach, while meticulous, was lax when it came to stamping his authority. Unai Emery also struggled to navigate the difference between having the respect of his players and being liked.

Galtier, it is expected, will have no such issue. His brief from the club and the belief they have placed in him stands him in good stead to get on with the job at hand.

Sticking to his guns will be key to his success. It is what brought him previous success at Saint-Etienne and Lille. 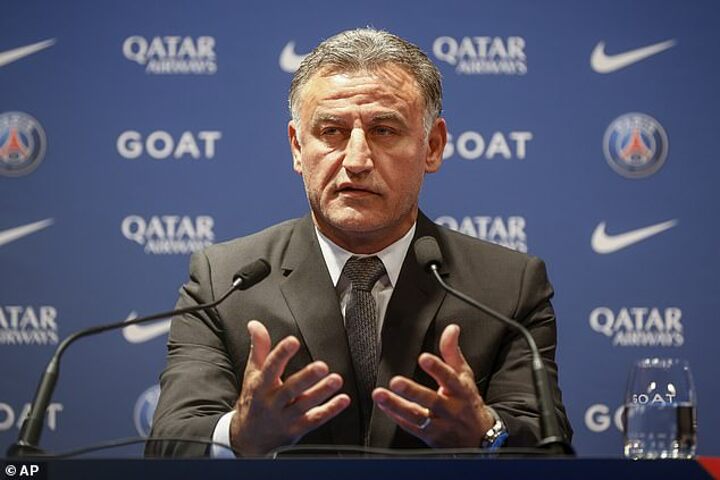 He is a three-time French manager of the year winner and it is this ability that PSG want to tap into.

When David Moyes took the top job at Manchester United, an element of self-doubt crept in. Rio Ferdinand has highlighted this, remarking on the time his new manager asked them to teach him how to become a winner.

That didn't work out, and Galtier, despite the step up in club, must stay true to his own beliefs and methods to deliver.

The 55-year-old seems to understand as much. 'I am aware of the responsibilities I have,' he said on his first day. 'I am prepared. If I accepted this job and this responsibility, it's because I'm capable of it.'

Deal with the Egos

The single biggest issue that has faced PSG and their head coaches during the QSI years have been dealing with dressing room egos.

The Ligue 1 champions boast some of the biggest names on the planet and have a front three renowned the world over.

In Kylian Mbappe, Lionel Messi and Neymar, the club possess three names that any club would be happy to have on their books. As a trio, though, they can cause headaches.

Pochettino found that last season, with the entire campaign overshadowed by the saga of Mbappe's future. The attitude shown towards the Argentine on the touchline also went some way to undermining his authority. 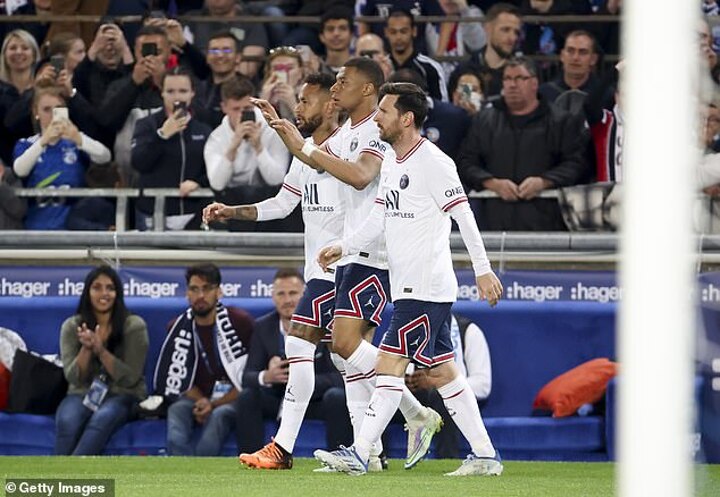 Both Messi and Mbappe threw very public strops over substitutions that they didn't agree with. Pochettino's inability to address these only weakened his position.

Galtier's own man-management skills are regularly praised, and they'll be needed to keep in check a dressing room that is prone to testing boundaries.

He has dealt with his fair share of egos in the past, having got the best out of the likes of Pierre-Emerick Aubameyang and Dmitri Payet at Saint Etienne.

He'll be all too aware, though, that he is now dealing with an entirely different level of elite performers. He's come a long way from his 2005 days of coaching Linvoy Primus and Lomana Lua Lua as Alain Perrin's assistant at Portsmouth. 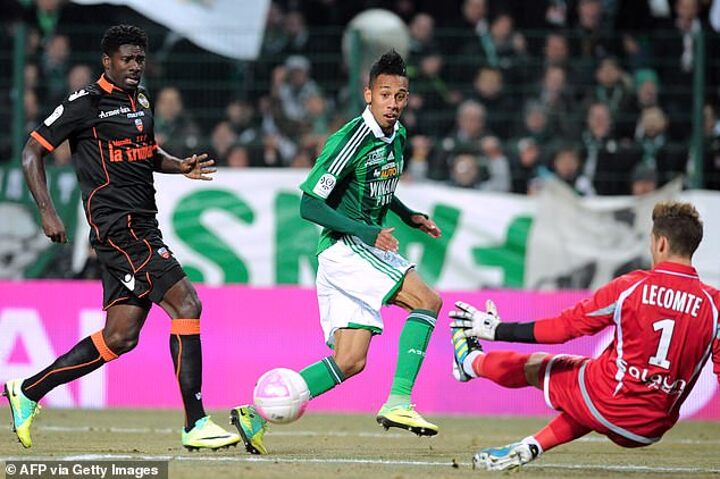 Galtier has already been given the green light to jettison the surplus at the Parc des Princes. In his press conference he couldn't have been clearer.

'There is no great performance without happy players,' he said. 'For that, I think the workforce must be reduced. You can't have players in the locker room all season who hardly play.'

Pochettino used no fewer than 40 players last season. Galtier will have nowhere near that amount hovering around his squad this campaign.

Some players, such as Angel Di Maria, have already been shown the door, the Argentine leaving with the expiry of his deal. Plenty more are expected to follow.

The likes of Ander Herrera and Mauro Icardi played only bit parts last season, while Layzin Kurzawa, Leandro Paredes and Julian Draxler could also be in line for a departure - names that will have no issue finding offers from elsewhere. 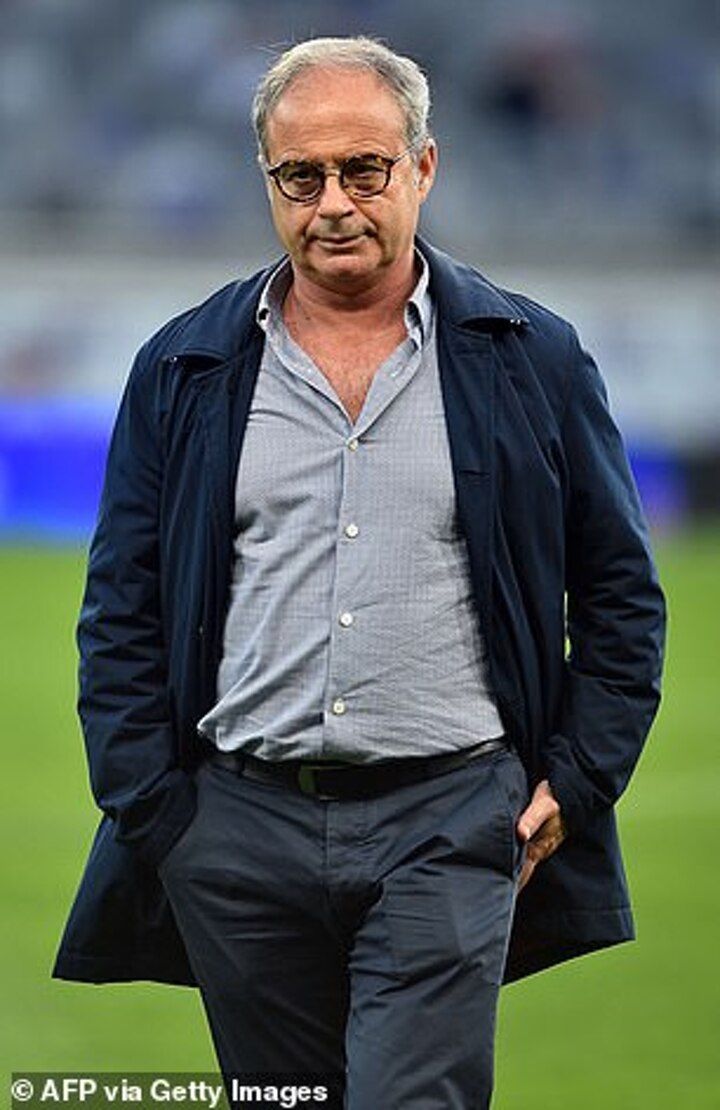 One of the most exciting additions at the Parc des Princes isn't on the pitch. Luis Campos's arrival as a football advisor is a coup considering his work with French teams previously.

Revered for his work with Monaco in helping to build a team that won Ligue 1 in 2017, Campos was responsible for a team that boasted the likes of Fabinho, Joao Moutinho, Bernardo Silva and a young Mbappe.

Indeed, after winning the title with Lille in 2021, Galtier was swift to praise the impact Campos had in building the championship-winning squad, describing the Portuguese as 'the architect of this team'.

The pair hold a great mutual respect for one another, and working together once again, with substantially increased resources, could be the key to sustainability the club have been craving.

There has been one constant criticism levelled at QSI by PSG's hardcore fans since their arrival - the lack of Parisians that make it through the clubs academy.

The Collectif Ultras Paris have consistently voiced their frustration at the direction of the club - both on and off the pitch - which they claim to be drifting further and further from their roots in the country's capital.

Their frustration was illustrated earlier this summer, when a France side lined up with six Paris Saint-Germain graduates against Croatia, yet only one still played for the club.

Among those discarded included Mike Maignan, Matteo Guendouzi, Moussa Diaby, Christopher Nkunku and Adrien Rabiot. The group were sold by the capital outfit for a combined fee of just £25m (€29m). 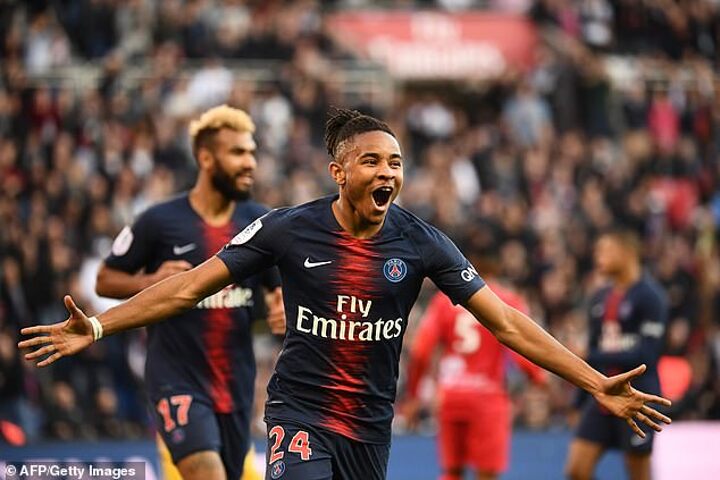 With Nkunku now one of the continent's most sought after forwards and Diaby the subject of serious interest from Saudi-backed Newcastle United,  it is clear the club have let some of Europe's top talent slip through the net.

By placing his trust in local talent and promoting it where possible, Galtier has an avenue in which he can mend the rift between fans and club, which has been stretched to breaking point in recent seasons.

With the completion of the club's new training complex in 2023, new facilities should further facilitate the club in capturing the best young talents in Europe's most intensely populated talent pool.

If there is one thing that PSG crave, it is glory in Europe. The Champions League is the only measure of success the club's owners appear interested in.

Pochettino's first-ever title as a manager meant nothing to those on high following the disastrous exit in the last-16 of Europe's top competition, his tenure fatally wounded by Karim Benzema's late heroics at the Bernabeu.

It has proved the same for predecessors - Unai Emery never recovered from the Barcelona debacle in 2017 when his team surrendered three goals in the final throes of their Champions League clash to crash out 6-5 on aggregate. 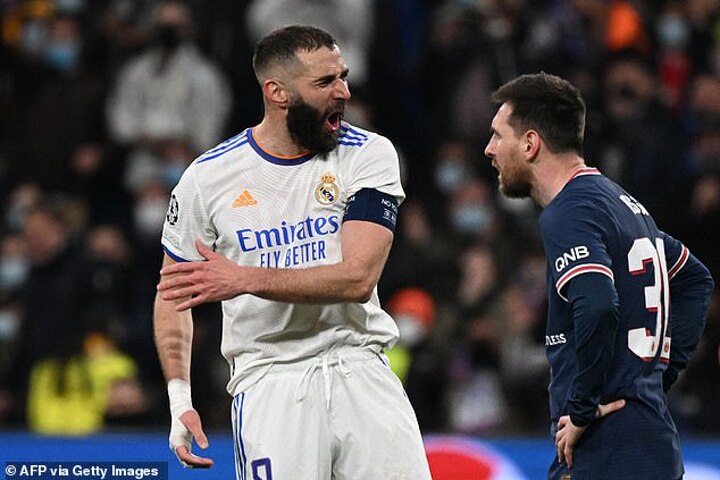 For Galtier, Europe will have to be a very steep learning curve.

His one Champions League foray with Lille saw Les Dogues finish dead last in their group, picking up a solitary point.

His record in Europe only serves to emphasise the trust PSG's owners have placed in him. Their previous method of targeting coaches with proven continental pedigree has backfired.

Now they've taken a different approach, and there will be no compromises.