Bayern Munich director Oliver Kahn has reiterated his earlier stance that the German club are not interested in making a bid for Manchester United forward Cristiano Ronaldo. 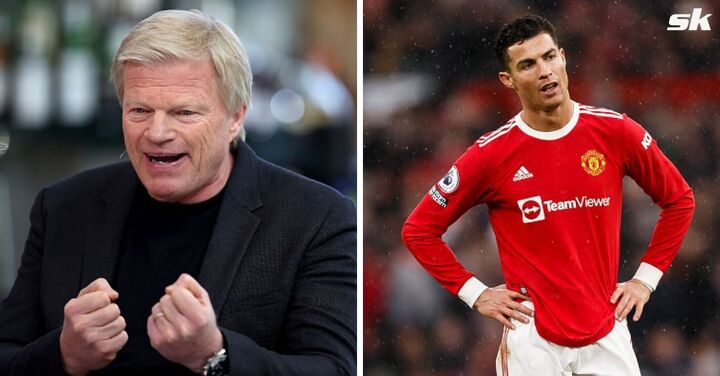 Kahn believes that the 37-year-old Portugal international does not fit into the philosophy of the club, according to journalist Fabrizio Romano.

''As much as I appreciate Cristiano Ronaldo as one of the greatest players, a move would not fit into our philosophy”.

The five-time Ballon d'Or winner rejoined Manchester United after the Premier League club agreed to a two-year deal with his former Italian club, Juventus. Ronaldo was the highest goal scorer for the Red Devils last season, which saw them finish sixth in the table. He scored 24 goals in 38 appearances across competitions as United finished trophyless.

Ole Gunnar Solskjaer was fired from his managerial position mid-way through last season. Ralf Rangnick was handed the role of interim manager.

The English club roped in former Ajax manager Erik ten Hag as their new full-time manager from the 2022-23 season onwards in a bid to overhaul the entire squad.

Despite the presumed apprehensions of several football pundits, the Dutch manager clarified that Ronaldo fits into his plans at Old Trafford and will be a key player in the new season.

Meanwhile, Cristiano Ronaldo is believed to be unhappy with United's ambitions and their inability to sign key players in the transfer window ahead of the new season. He has reportedly told the club to let him leave if a suitable offer comes along.

Chelsea, Sporting Lisbon and Bayern Munich are believed to be the new destinations for Ronaldo, according to The Express. Chelsea want a seasoned striker who can score goals week in and week out, while Bayern Munich will look to replace Robert Lewandowski if and when the Polish superstar decides to leave.

Manchester United have submitted a £51 million bid to Dutch club Ajax for their 22-year-old Brazilian winger Antony. Erik ten Hag is said to be one behind the club's pursuit of the young winger as he begins his EPL managerial career soon.

The former Ajax manager is also looking to bring in Frenkie de Jong from Barcelona to build a formidable squad at Old Trafford.

Goal Manchester United correspondent James Robson has confirmed the new bid presented by the English club to bring in Anthony ahead of the new season. However, the new deal made by the club is £20 million short of what the Dutch club is looking to get for the Brazilian youth.