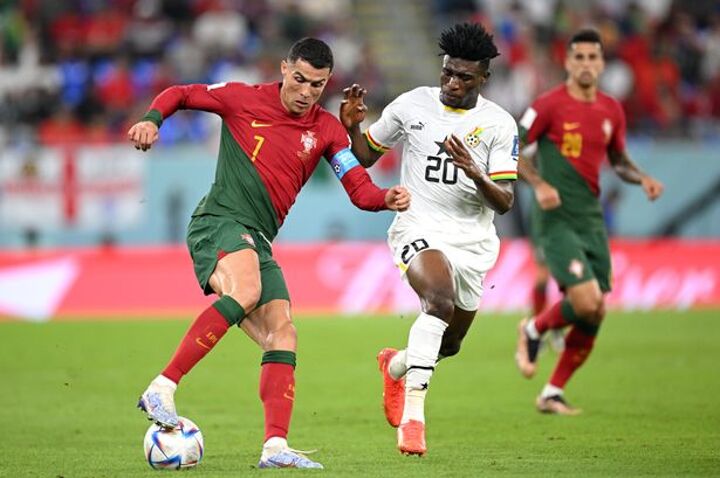 The 22-year-old looked bright despite the loss and has enjoyed a promising start to the season in the Netherlands. The youngster has scored 10 times this year, one of which came in the form of a thunderbolt against Liverpool in the Champions League.

United will likely be looking for attacking reinforcement in January following the exit of Cristiano Ronaldo upon his contract termination. The Reds are left with two attackers in injury-prone Anthony Martial and top scorer Marcus Rashford, whose eight goals have come either as a left winger or attacking midfielder.

Kudus can play on the flank but is most comfortable leading the line. Erik ten Hag tends to favour versatile players and he is straight from the United manager’s playbook.

The starlet is attracting interest from several European clubs as a result of his start to the season. Kudus joined Ajax from Danish outfit Nordsjaelland in 2020 and his contract doesn’t expire until 2025.

But that hasn’t stopped some United fans from dreaming of a potential arrival at Old Trafford. After Ghana's World Cup opener, some on Twitter urged Ten Hag to consider a move for the forward, who worked under the Dutchman during his reign in Amsterdam.