Manchester City legend Vincent Kompany has been criticised by former Anderlecht boss Johan Boskamp as he prepares to begin work at Burnley. 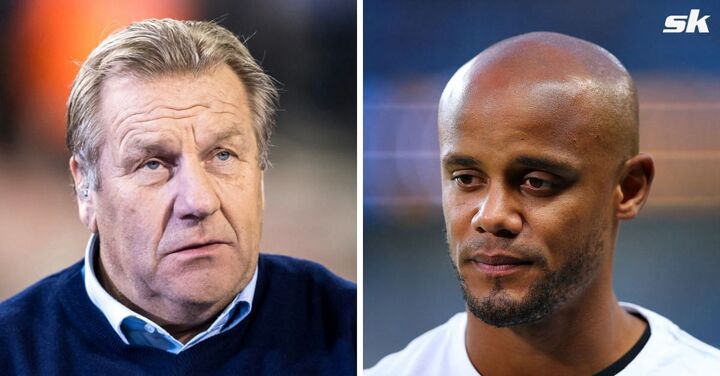 Kompany was announced as the new Clarets boss earlier in the month after three years at the Belgian giants in which they failed to win the Jupiler Pro League.

The former Manchester City captain failed to bring Anderlecht back to the top of Belgian football. He was mocked by the press for his continuous "trust the process" message.

Boskamp, who led the side to three Belgian titles in 1990s, said of Kompany's spell in charge as per The Sun:

"Kompany's style of play was a breath of fresh air - but his bull***t stories about 'The Process' certainly weren't. They drove me crazy. Whoever becomes Anderlecht coach knows that he has to win the league title - end of story. If you still haven't done it after three years in charge, it is normal for people to lose patience with you.

"That 'Trust the Process' phrase scared the s**t out of me. Ditto for that c**p data they now use as a basis for scouting. True football experts recognise talent with the naked eye. They don't rely on numbers in a computer to scout players. All that nonsense drives me mad."

Kompany, who has a statue built in his honour at Manchester City, faces a difficult task to take Burnley out of the Championship. They are reportedly in deep financial trouble following their relegation from the Premier League on the final day of last season (via the Daily Mail).

Kompany made 360 appearances for the Cityzens across 12 incredible seasons, in which he won four Premier League titles, two FA Cups and four League Cups.

The retired Belgian international has played for some of the greatest managers in the modern game, including Pep Guardiola, Roberto Mancini and Manuel Pellegrini.

In an official interview with the club, he was asked if he has learned much under the bosses he has played with. The 36-year-old replied, as per Burnley's official website:

"I’ve learned from every coach I’ve ever had in my life. Some of them you learn what not to do but when you mention those great coaches like Pep, Mancini, Pellegrini and Roberto Martinez, there are a lot of coaches who are very different in many ways.

"You can take a lot from them but the main thing I have taken – and I think that this is where the passion came from for me to become a coach – is the simple aspect of making players better. It’s about believing that if you make players better, then you win more games."