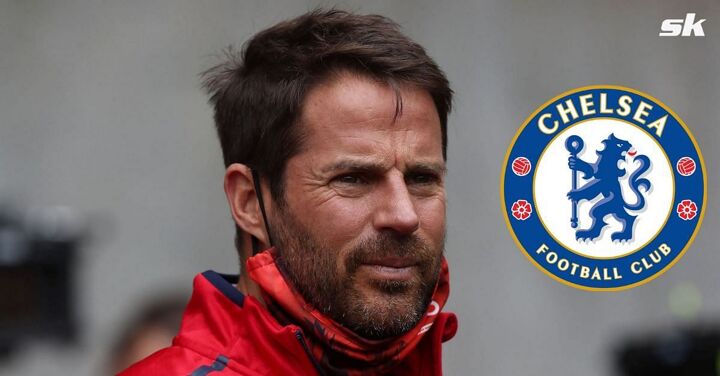 The 31-year-old's most recent outing for the Blues was in the 1-1 Premier League draw against Manchester United on April 29. Alonso scored a fabulous close-range volley to put his side in front before United's Cristiano Ronaldo equalised two minutes later.

The former Fiorentina defender now has four goals and five assists across competitions this season. Redknapp was full of admiration for the Blues left-back, who continues to have an impact as he approaches the twilight of his career.

“He’s an incredible player Alonso because he finds himself in so many unusual positions, I know he’s got the licence because he’s a left wing-back.”

Redknapp then spoke about Alonso's strike in the United draw, adding:

“That is a brilliant piece of play. It’s a goal that we’d expect Ronaldo to score not a left wing-back… That’s a really tough technique, and he just guides it into the corner. A brilliant, brilliant goal.”

Marcos Alonso is vying with Ben Chilwell for the starting berth on the left side of Thomas Tuchel's defence. Chilwell has sat out the most of the season through an anterior cruciate ligament injury picked up in November against Juventus in the UEFA Champions League.

Since then, he has been given the opportunity to prove he deserves to get more game time. Alonso has taken his chances with aplomb, with his attacking contributions for the Blues being particularly impressive this season.

Marcos Alonso wants to stay at Chelsea beyond current deal

When Chelsea players reach their thirties, the club's policy is to only offer them one-year extensions. Alonso's current deal runs till June 2023, and there had been rumors he could depart Stamford Bridge, with La Liga side Atletico Madrid reportedly interested (per The Sun).

However, the Spaniard is happy in west London and is looking to continue as part of Tuchel's side. Alonso said in February (via Fabrizio Romano):

"I have always had interest from other clubs, but, to be honest, it was never my intention to leave. Why not (stay longer at Chelsea)? For me, I still have another year and a half on my contract."

With Alonso's left-back competition, Ben Chilwell returning to training next week, it will be interesting to see who lines up for the Blues once the Englishman returns.