Liverpool legend Jamie Carragher believes there are up to four places up for grabs in England’s starting eleven for the Three Lions’ opening game of the World Cup in Qatar and the next two matches will be crucial in deciding who fills them. 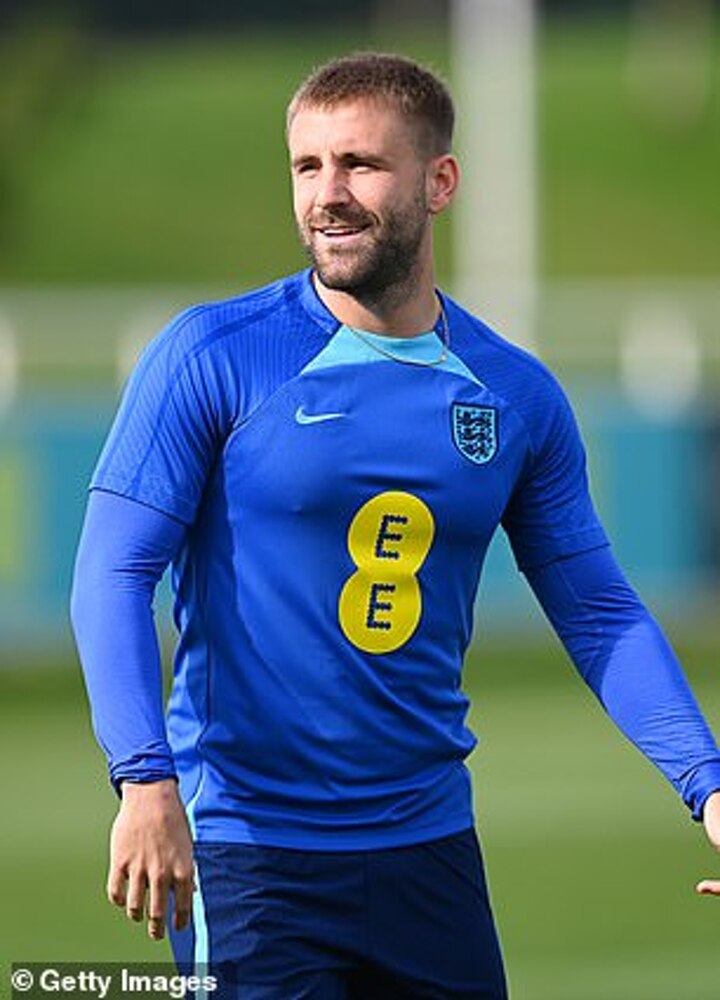 The ex-England international, who earned 38 caps, believes the next UEFA Nations League games, which begin tonight when the Three Lions take on Italy in Milan, before facing Germany on Monday, will be ‘massive’ in deciding who makes the plane.

England meet Iran on November 21 at the Khalifa International Stadium, Al Rayyan, but with the World Cup falling right in the middle of the European season, there will be no time for warm up games after these two intriguing fixtures.

And yet as a result of injuries and poor form, England manager Gareth Southgate has question marks over the defence and midfield, which powered his team to the final of Euro 2020 only 14 months ago.

‘These are massively important games for Gareth Southgate thinking what his team will be going into that World Cup,’ Carragher told Sportsmail. ‘No warm up games [this time], so it is a strange season.

‘I think Southgate will know the seven or eight players who will start in that first game and there will be two or three positions up for grabs and that is for players to seize them.

‘I think centre back is going to be interesting, left back as well and just the fact that Harry Maguire and Luke Shaw have not played an awful lot of football for Manchester United. 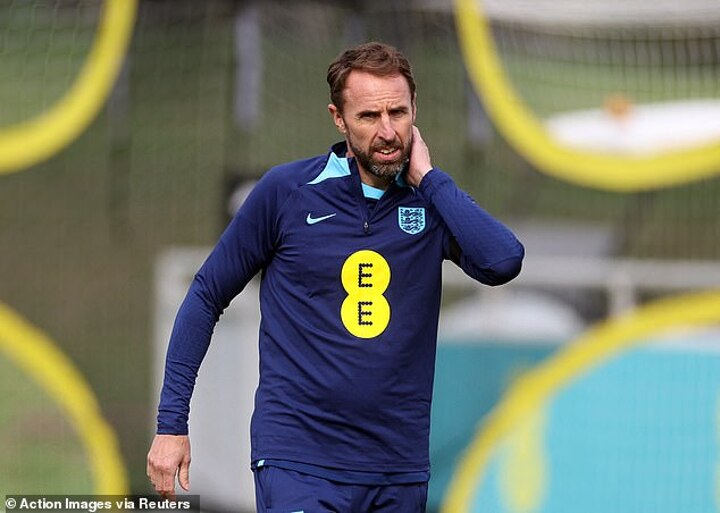 ‘I don’t think we have great cover at centre back, or we haven’t over the last couple of years, and at left back Kieran Trippier has played there, who is a right-footed player, which is never easy. I think those two areas [will be interesting].’

Maguire, who established himself as the first-choice partner for John Stones at Euro 2020, has retained Southgate’s trust despite his difficulties at Manchester United.

Having included the troubled centre-back in the squad, Southgate will be expected to play him, and how Maguire copes with only two Premier League starts under his belt this season is likely to be critical as competition increases.

AC Milan’s Fikayo Tomori is also in the squad after his impressive form in Italy helped his club to the Serie A title last season, the in-form Spurs defender Eric Dier is back in the fold and the ever-present understudy, Conor Coady is also in good form for Everton. 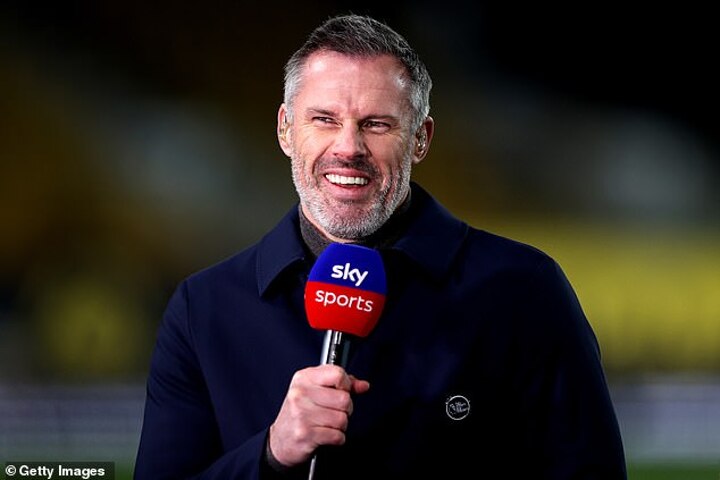 At left back, United’s Luke Shaw and Chelsea’s Ben Chilwell are battling it out. Shaw has not played in the Premier League since August 13, when he was hooked at half-time in the 4-0 demolition-defeat at Brentford. He has lost his place to Tyrell Malacia in Erik Ten Hag’s reset at Old Trafford, while Chilwell is still fighting to re-establish himself after a cruciate ligament injury forced him to miss most of last season.

Yesterday, former Arsenal midfielder, Paul Merson, suggested neither should be picked for England's World Cup opener, instead opting for Trippier to fill in again down the left-hand side and in an interesting selection he put Kyle Walker in at centre-back alongside Stones.

Carragher believes there is also uncertainty in central midfield, where another mainstay of Euro 2020, Kalvin Phillips, has been forced to withdraw from this squad because of a long-standing shoulder injury. 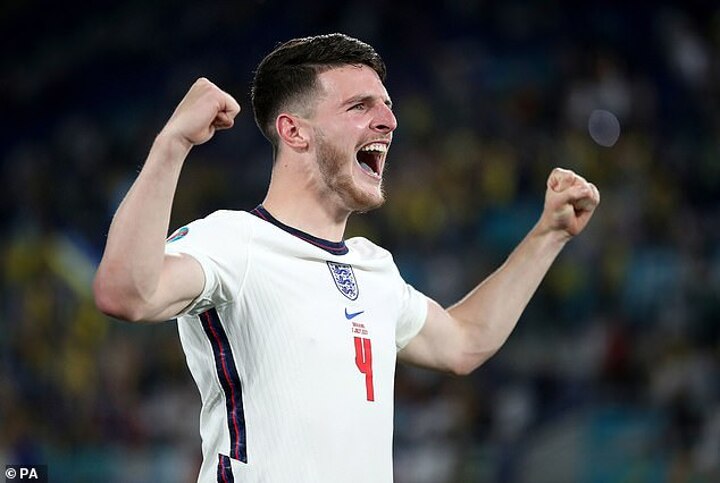 Phillips, alongside Declan Rice, has provided an anchor for Southgate’s teams in recent years, but his injuries and lack of game time at Manchester City means he is now in a race against time to make the plane to Qatar.

Rice has suffered a dip in form after a long period of consistent excellence and Jordan Henderson is recovering from a hamstring injury, but has joined the squad after Phillips departure. Meanwhile, Birmingham City academy graduate, and  Borussia Dortmund ever-present, Jude Bellingham, is pushing all the time to establish himself at international level.

‘Yes, we have some quality in there in terms of [Jordan Henderson, Kalvin Phillips], Declan Rice, and Jude Bellingham, but you would not want to be left with Declan Rice and just Bellingham, who is obviously very inexperienced at this level,’ added Carragher.

And Southampton's James Ward-Prowse will also be looking to stake a claim in the next two fixtures. 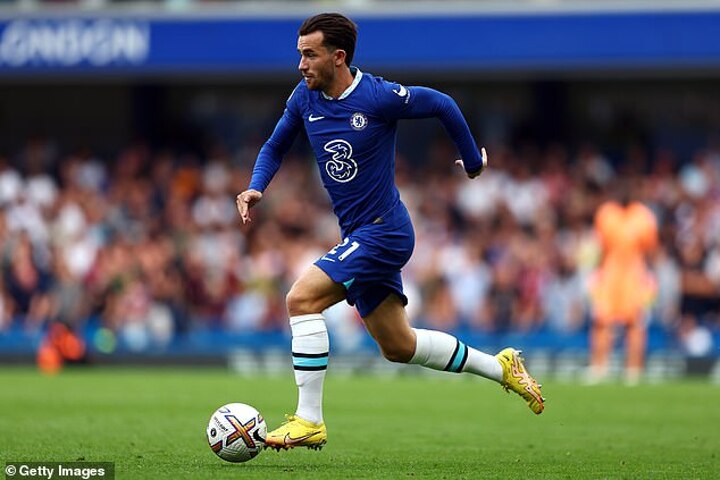 One option, favoured by former England, Liverpool and Real Madrid winger, Steve McManaman, is to dispense with two holding midfield players, which reduces the pressure on that department and Bellingham, too, going into the World Cup.

‘If England play five at the back, I don’t think they necessarily need two sitting midfielders,’ McManaman told Sportsmail.

‘To have five defenders and Declan Rice in the middle… I think that is more than enough and then you can put more forwards on the pitch.

‘You would expect Declan to be in the midfield certainly, Jude is a wonderful player, he is still only a young player, still learning his trade.

‘Of course, he has a lot of plaudits, you just need to have a bit of patience. He is a wonderful player; he is going to be a super star but I don’t like to put too much baggage on young players.

‘He is going to be great, but at the moment, if Gareth wants to play five at the back and he has five defenders and Declan Rice you might as well as well fill the other places with attacking midfielders and forwards.’

*Jamie Carragher and Steve McManaman spoke to Sportsmail at the Football for Change Gala 2022. The charity, chaired by Carragher, raises money to support young people in deprived areas.