A Gaza football referee gave 42 minutes of extra time in yesterday's derby between Shabab Khanyounis and Ittihad Khanyounis, when the match had to be stopped because the lighting on the field was not activated. 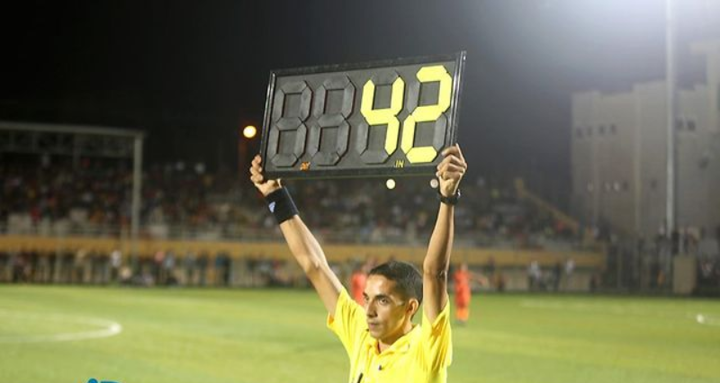 The maintenance personnel searched for the technician in charge of the lights and did not find him, then searched for the keys of the control room of but couldn't find it as well. The game stopped and it took 42 minutes for the lights to be turned on.

The players returned to play for three minutes until the official time of the match was over and then the extension began, one of the longest in football history if not the longest.

The Off-court drama had no effect on what happened on the pitch and the match finished with a disappointing 0-0 to the fans' dismay.