Just off junction 33 of the M1, a short drive from Rotherham, there is a car park. An anonymous patchwork of painted lines but an indelible staging post on the journey of Aaron Ramsdale. Next stop? The Tottenham Hotspur Stadium for derby day. ‘Me and my dad would stay in Travelodge Hotels night after night,’ the 23-year-old recalls. ‘One night, we couldn’t even find a hotel with vacancies. So we both kipped in his van.’

As a youngster, the goalkeeper was used to life on the road. His mother Caroline, who worked at a nearby school, would drive him from Staffordshire to train at Bolton. Up to three-and-a-half hours on the motorway, three or four times a week. 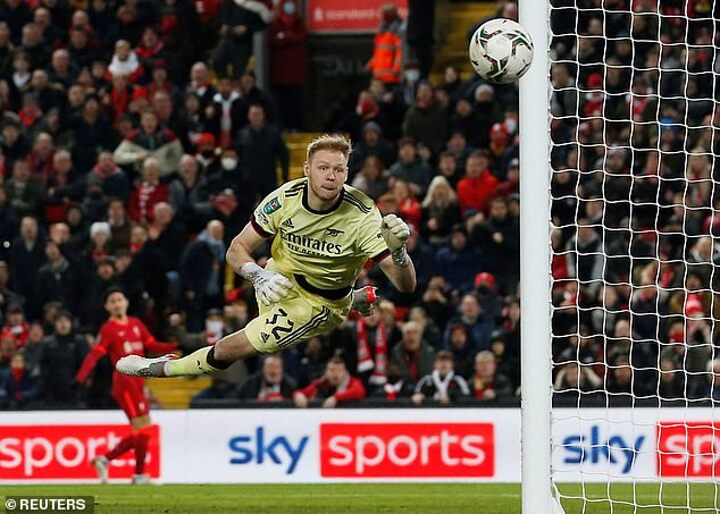 ‘Mum would leave work early to get me to Bolton for 6pm in the middle of rush hour,’ Ramsdale recalls. ‘She’d then do overtime and extra hours just to make sure she didn’t get in trouble.’

Then, aged 15, Bolton pulled up the handbrake. ‘They thought I was too small,’ Ramsdale remembers of being released. ‘It was nothing short of devastating… it would have been easy to give up.’

Instead? ‘Me and dad travelled anywhere and everywhere, up and down the country, just trying to get a trial,’ the Arsenal keeper continues.

‘Leicester also thought I was too small. Rotherham said I didn’t fill my shirt enough. Plenty of others wouldn’t even give me a trial.’ 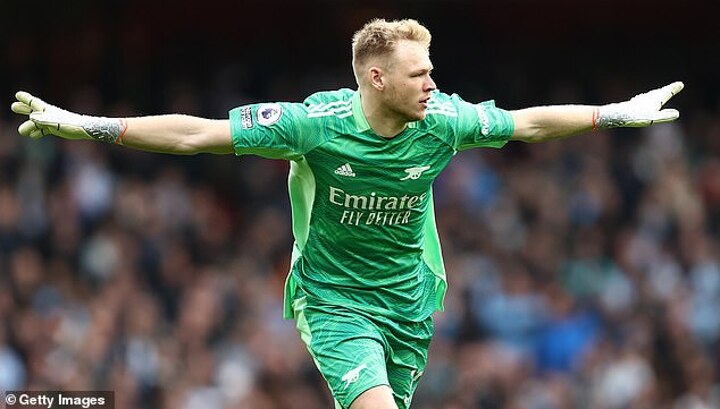 His father Nick, usually a plumber and plasterer, was happy to play chauffeur. ‘So long as my schoolwork didn’t suffer,’ Ramsdale recalls.

Eventually those long drives led to junction 33. To that car park. Eventually visits to Yorkshire became less fleeting. Sheffield United offered him a scholarship. ‘That was a huge turning point,’ Ramsdale says. Now, at Arsenal, Ramsdale is among England’s most promising talents.

Sunday’s north London derby at Tottenham represents another litmus test for him and Mikel Arteta’s young side. But since the goalkeeper’s first Premier League start for the club in September, they have risen from the foot of the table to the top four.

No one doubts his quality now. No one at Leicester considered Ramsdale too small in October, when he tipped James Maddison’s free-kick on to the bar with a stunning diving stop. It was arguably save of the season so far. 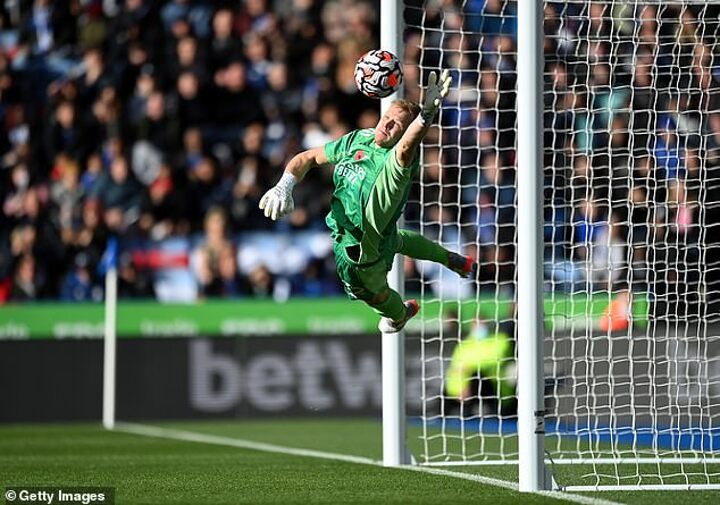 ‘I’ve seen it’s not gone my side and just gone,’ Ramsdale recalls. ‘The photos look so good!’

Now, indisputably Arsenal’s No 1, only Manchester City’s Ederson has more clean sheets in the top flight this season than his nine. A welcome upturn, certainly, from the strife of seasons passed. Ramsdale experienced three relegations in four years — at Chesterfield, Bournemouth and Sheffield United.

‘Chesterfield was easily the most distressing,’ he says. Ramsdale joined on loan in January 2018, shortly before Chesterfield dropped into non-league for the first time in nearly a century.

‘I was only 18 but it really hits home when your friends are packing up their belongings and clearing their desks because they’ve lost their jobs.’ 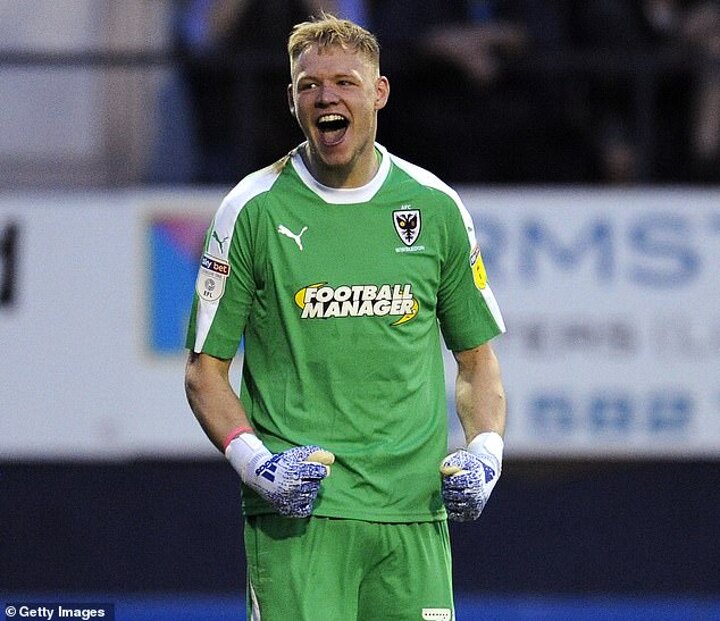 The only survival season in that four-year run came in 2019, when Ramsdale helped AFC Wimbledon finish one place above the drop zone. That education across all of England’s top four divisions provided useful lessons. On and off the pitch.

‘I used to look at social media when I was younger. But after the flak that was flying around when I was at Chesterfield, I realised it wasn’t a great thing to monitor,’ Ramsdale says.

That came in handy last May, when Arsenal called. The prospect of paying £30million for a back-up to Bernd Leno proved a tough sell in north London. ‘I was getting a lot of stick but fortunately I didn’t see it. Thirty million pounds is a lot of money for a No 2,’ he says.

Fortunately, Arteta was unwavering. ‘To have Mikel’s guidance was invaluable. He was adamant he wanted me,’ Ramsdale says. ‘Unlike a lot of managers, Mikel was a top-class player recently and this helps him communicate and understand a player’s needs more than some.’ It was comforting, too, to know that predecessors have come through similar hostility. ‘David Seaman has been a great role model for me,’ Ramsdale says. ‘He explained how he had a similar reaction from the Arsenal fans when he joined from QPR. His advice has been very reassuring.’

Now Ramsdale is settled in London. He is close to Ben White and Bukayo Saka. The man who Ramsdale usurped has made an awkward situation slightly simpler too. ‘Bernd has been amazing,’ he says. ‘He didn’t have to help me settle in and the last few months won’t have been easy for him.’

Ramsdale also has designs on usurping Jordan Pickford as the England No 1. A first cap arrived in November.

‘Working day-in, day-out with the likes of Harry Kane, Kyle Walker and John Stones, you can only become a better player,’ he says. ‘When they come up and sit with you for dinner, that’s incredible.’ 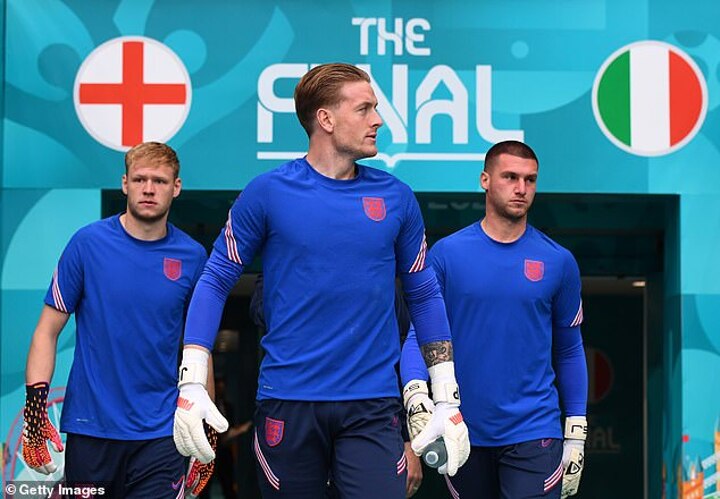 For now, Ramsdale is sticking to what works and that has included keeping to his superstitions.

‘My dad met Bobby Charlton once and dad asked if he could shake his hand. Bobby agreed and took his glove off to shake. That touch of respect stayed with dad for years — now it stays with me.’ Just like that night off the M1.

Aaron Ramsdale was speaking to GK1 magazine, which is published by global management company, World in Motion Ltd. (www.worldinmotion.com)