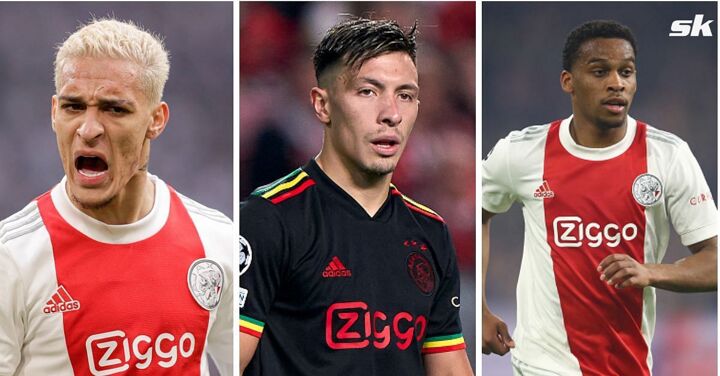 During an interview with De Telegraaf, Dutch journalist Mike Verweij revealed that Ajax are reluctant to part ways with Antony, Lisandro Martinez, and Jurrien Timber. The Eredivise champions have, therefore, set massive price tags for the trio to ward off any potential suitors.

Manchester United are rumored to be keen to sign Antony and Jurrien Timber. The club are set to part ways with Jesse Lingard, Edinson Cavani, and Juan Mata following the expiration of their contracts on June 30.

Antony enjoyed an incredible 2021-22 campaign with Ajax as he scored 12 goals and provided 10 assists in 32 appearances for the club in all competitions. This tally includes two goals and four assists in seven Champions League games.

As per Goal, the 22-year-old is keen to make the move to Old Trafford and reunite with former Ajax boss Erik ten Hag. The Dutch giants are reportedly seeking a fee in the region of €70-80 million for the winger.

The Premier League giants are also eager to sign Jurrien Timber, as per The Express. The Red Devils conceded 57 goals in 38 games last season and are keen to bolster their backline. Timber's ability to play as a centre-back and right-back could prove to be a massive asset. Ajax value the 20-year-old at €50 million.

As per Football.london, Lisandro Martinez has emerged as one of Arsenal's top transfer targets for the summer. The Gunners are preparing themselves for a season in the Europa League and will attempt to improve their strength in depth.

Martinez has made 120 appearances for Ajax and has helped them win two Eredivisie titles and a KNVB Cup. Manchester United are also believed to be interested in signing the centre-back as per the Daily Mail. Ajax have set the asking price at €50 million for the 24-year-old defender. 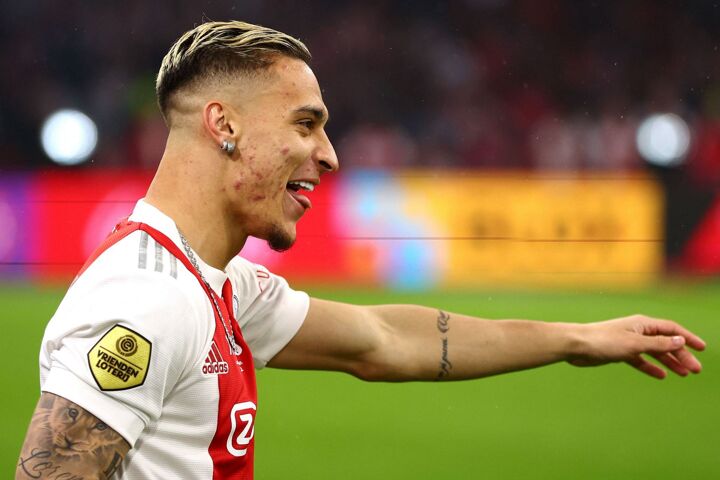 Manchester United and Arsenal are likely to be unwilling to meet Ajax's incredible price tags for Antony, Jurrien Timber, and Lisandro Martinez. The Premier League giants could, however, be forced to move closer to the Dutch giants' asking price for the trio due to their desperate need for reinforcements this summer.

United re expected to undergo a rebuild under Erik ten Hag after they endured a dismal 2021-22 campaign. The Red Devils have had a slow summer transfer window as compared to their top-six rivals as they are yet to make any signings.

Arsenal, on the other hand, were favorites to finish in the top four of last season's Premier League in March. A lack of squad depth and a massive slump in form resulted in them missing out on next season's Champions League.

They will be keen to sign some top-quality players this summer and could opt to match Ajax's valuation of Lisandro Martinez.