One Cup final does not a lifetime’s reputation make. Take Tony Barton, winner of the European Cup final with Aston Villa in 1982.  Or, for readers of a different vintage, take Roberto Di Matteo, winner of the Champions League and the FA Cup with Chelsea in 2012. 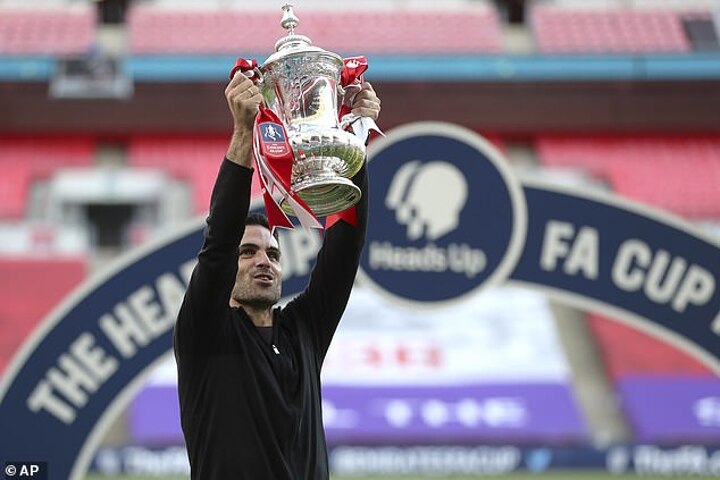 Both shone in their brief moments in the limelight but the former ended up managing Northampton Town, the latter briefly at Aston Villa, in very different times when they were a Championship club. And he didn’t last long there.

Sometimes you inherit something special, you do your bit in nudging them over the line to achieve greatness and so you deserve plaudits. But time is a brutal arbiter of the great and the good.

So, we should pause before festooning Mikel Arteta with praise. His career will be judged in years and decades no doubt rather than the first few months. Nevertheless, it is safe to say that when he took over at Arsenal in December he was not bequeathed a glorious situation which suggested major honours were heading their way.

And there have been times, even in the post lockdown period, when you wondered just what he had walked into, whether he had taken on more than he could manage. That calamitous game at Manchester City to restart the season followed by the collective breakdown at Brighton the following weekend did not bear any of the signs of the collective defiance Arsenal have shown to collect their fourth FA Cup in seven seasons.

Chelsea have developed this knack, though it deserted them on Saturday, of rescuing awful seasons with a major trophy at the end of it. 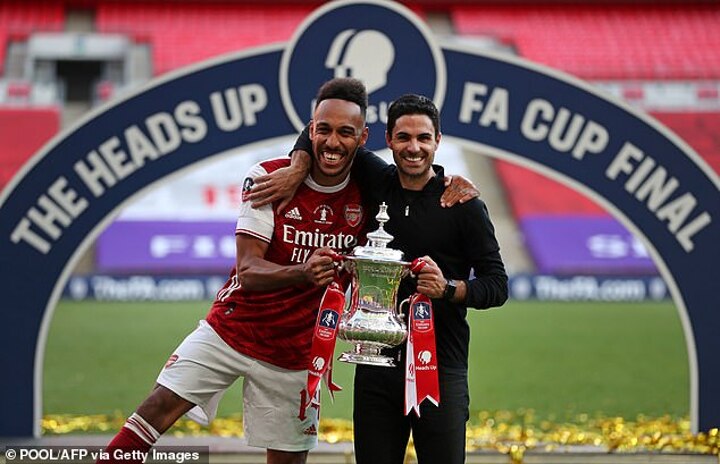 And Arteta in the last few weeks has shown steel, intelligence and a resolution that belies his quietly-spoken demeanour. He has acted on instinct at times – Mesut Ozil, his finest playmaker when engaged with the team, was not in the squad here; nor was Matteo Guendouzi, after the petulance on display at Brighton.

And he has shown himself his own man since breaking free from the Pep Guardiola clan at Manchester City, from whence he came. Schooled at Barcelona as a teenager, Arteta is however perfectly relaxed about eschewing possession. He made the point dumping his former boss out of this competition in the semi-final with 29 per cent of the ball. This is no philosophical purist.

Here, he saw that gap between right-sided defender Cesar Azpilcueta and wing back Reece James early on and pretty soon he was bellowing at Ainsley Maitland Niles to exploit it. The point was enforced at the drinks break and Kieran Tierney was listening attentively. It was he who launched the long ball over the top to catch out Azpilcueta on 28 mintes, which induced the panic and caused him to clamber over Pierre-Emerick Aubameyang and concede the penalty. The late Graham Taylor, who enjoyed an FA Cup final here and was pretty much the antithesis of the Guardiola was, would have approved. 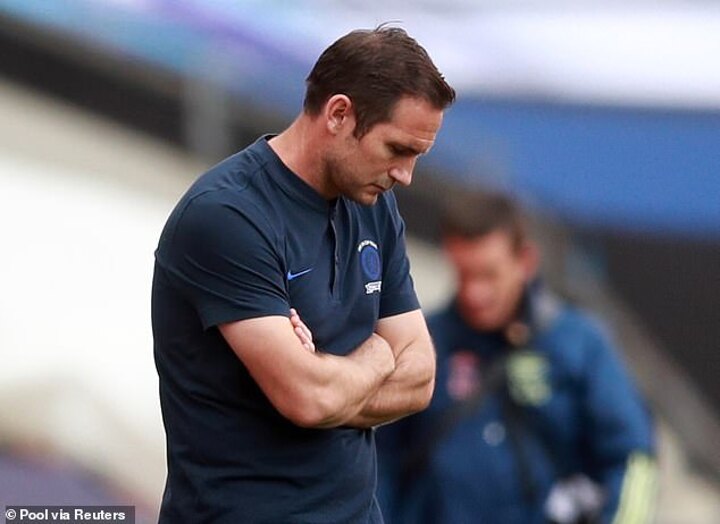 Aubameyang duly converted the penalty and Azpilicueta, asked to turn and sprint into the space behind him one time too many would depart five minutes later, his hamstring not up to the task.

The second Chelsea conceded exposed all the faults that have become so familiar this to Frank Lampard’s team this season. Antonio Rudiger diving in allowed Hecton Bellerin the run at goal. Andreas Christensen at least attempted the tackle but could only direct the ball to Nicolas Pepe, who moved it on to Aubameyang. Kurt Zouma then was wrong footed, slow feet exposed by the quick mind of his opponent.

Chelsea have been busy already in the transfer market but this, and a new goalkeeper, is where they really need to strengthen.

Lampard has had a fine first season but defensively he leaves a lot for opposition coaches to go at. Here, with a back three, it was that chasm of space between James and Azpilicueta. The distance between players in defensive mode is what coaches obsess about. The old school, the likes of Jose Mourinho, Lampard’s mentor, would have been apoplectic about the gaps that were emerging.

But on the flip side, what a start Chelsea made. Mason Mount and Christian Pulisic, both 21, tore into Arsenal. Lampard is a coach for this attacking era, which arguably throws caution to the wind. That sets him apart from Chelsea’s greatest manager, which is an observation rather than a value judgement. Their pressing game assumes the best rather than fears the worst. That has been the tactical culture shift in the last ten years and Lampard is coach of his age. At one point in those barnstorming opening twenty minutes, it was Rudiger pressing on the edge of the Arsenal box retrieving the ball. That kind of play from a defender would wake Mourinho up in the dead of night with a cold sweat.

Arteta at 38 and Lampard at 42 both carry with them innate privilege of a playing career which opens doors shut to so many others. Yet what you can saw is they have both seized their opportunities Lampard has qualified for the Champions League yet this was Arteta’s day.

He has revived Granit Xhaka, who looked to have filed for divorce from the fans, he has perhaps done enough to persuade Aubameyang that this a serious club worth remaining at and he has stuck by David Luiz when we were all howling for the axe. He steadied the ship through the lockdown when the club pressured players into taking pay cuts. He could have lost his team at that point. Yet they seem to love him.

And they will play in Europe next season, the 25th successive season that Arsenal will do so. It will be in the Europa League, a reminder that they are a long way from the top table. But the steps he has made are hugely encouraging. Arsenal have some direction, a purpose. More importantly, they seem to have found a leader.