When Unai Emery was appointed manager on May 23, 2018, it signalled what was meant to be the start of a new dawn at Arsenal following the toxic years that led to Arsene Wenger's departure. 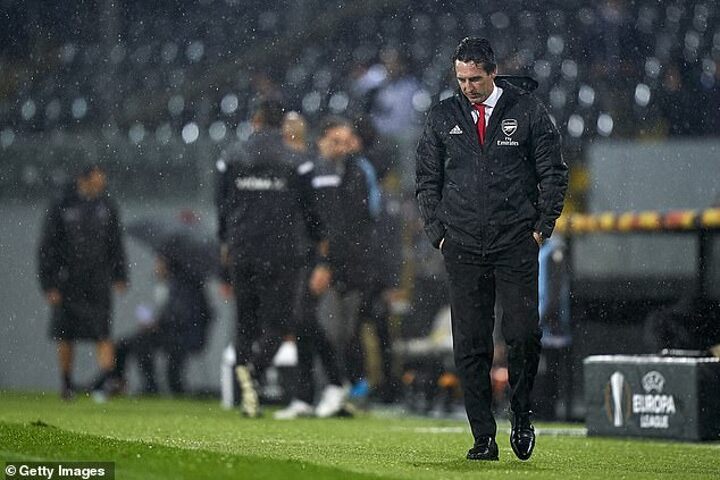 Despite holding the record as Arsenal's most successful ever manager, Wenger was forced to step down at the end of the 2017-18 season after failing to secure Champions League football for a second campaign running.

The atmosphere at the Emirates was poisonous and sadly for Wenger, who was feeling the wrath from supporters, there was no other answer but to go. 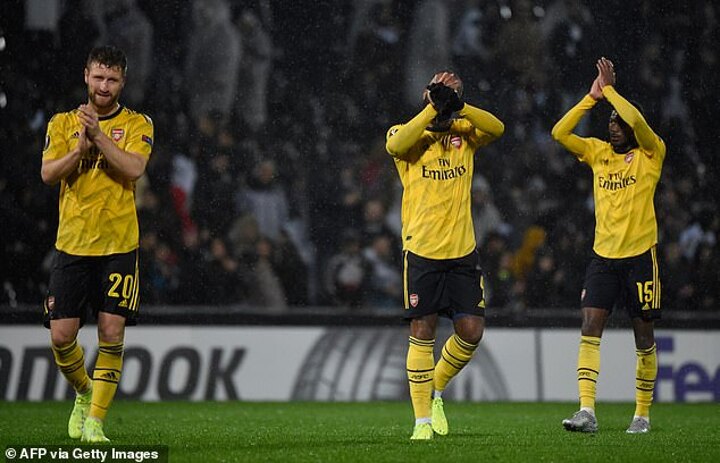 Emery, picked ahead of Manchester City assistant Mikel Arteta, was the man to lead the Gunners forward and tasked with getting them back among Europe's elite while upholding the club's values from Wenger's days.

But fast forward to the present day, and the club are perhaps in an even bigger mess both on the pitch and in the dressing room, exacerbated by the ridiculous and unnecessary drama surrounding Granit Xhaka.

It has to be stated, some Arsenal fans did have their doubts about Emery's appointment - claiming he was too pragmatic and didn't inspire free-flowing football.

But for the majority, they held high hopes and the positive signs started to appear during a 22-match unbeaten run in all competitions - which included an inspired comeback victory over fierce rivals Tottenham and a 5-1 thrashing of Fulham at Craven Cottage.

But that run had to come to an end against Southampton at St Mary's in the pouring rain back in December last year as Arsenal defensive frailties from Wenger's days were notable for all to see again.

However, despite the defeat on the south coast, Arsenal were in control of their own destiny with seven Premier League games to go - largely due to the inconsistency of both top four rivals Chelsea and Manchester United. 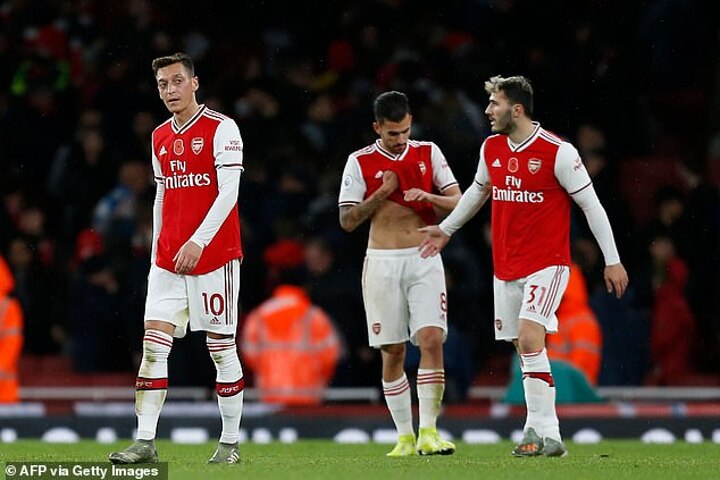 With what was meant to be an easier run-in their rivals in the race for a Champions League spot, Arsenal somehow choked beyond belief and before they knew it, a third consecutive season in the Europa League was to follow.

Arsenal won just two of their last seven, while drawing one and losing four - against Everton, Crystal Palace, Wolves and Leicester - before getting humiliated in the Europa League final to London rivals Chelsea, who had already secured Champions League football.

The capitulation was inexcusable and while many of the players took the blame, including the likes of Shkodran Mustafi, Emery also had to shoulder plenty of responsibility.

But as always with football, the hope always lingers and that was the case in the summer following the £72million arrival of Nicolas Pepe, while Kieran Tierney, David Luiz, Gabriel Martinelli and Dani Ceballos (loan) followed suit. There would be no hiding place for Emery this season. He was given a free pass in his first campaign, but this time round he had to deliver.

But yet again, the team are stuttering and the problems from Wenger's reign are still very evident for all to see. We remain the subject of ridicule from some fanbases and teams continue to read us with ease.

While all is not lost this season, Arsenal already sit six points off Chelsea and Leicester in the Premier League after 11 matches - with the latter up next at the King Power Stadium. Fans are fearing a thrashing and it could perhaps signal the end of our top four hopes so early on. 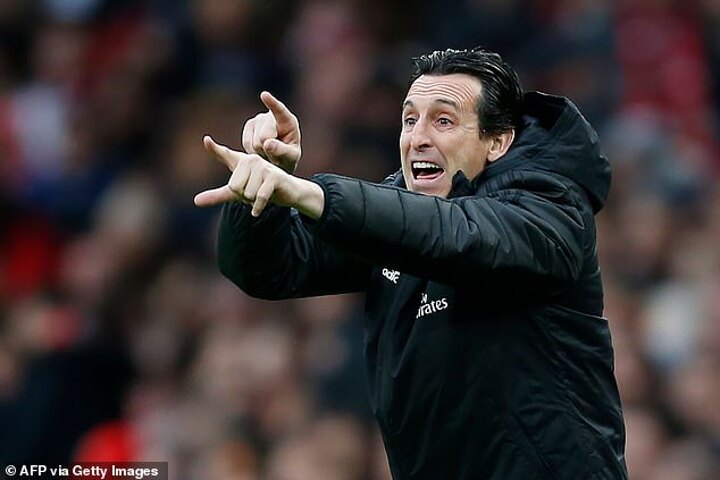 Those doubts some fans had when his appointment was made, have certainly turned into reality. Emery is neither delivering results or good football at present and there are no signs of turning that around.

Wenger built this club into one of Europe's biggest powerhouses, winning a fanbase worldwide thanks to the exhilarating and free-flowing football that would torment opposition defences down the years. But the Spaniard, who continues to change his formation week in week out, is dispelling the club's attacking identity.

In the last four games in all competitions, the side have let four successive leads slip and it is largely down to Emery's ridiculous tactics. Let this sink in, only Aston Villa (213) and Norwich (196) have faced more shots than Arsenal (178) this season. This is Arsenal we're talking about, not a newly-promoted team trying to cling on to survival.

And in the Europa League, a competition in which they remain among the huge favourites to win, only six European minnows have faced more shots per game than Arsenal (17.7).

They were completed outplayed by Wolves at the Emirates, with the visitors registering an astonishing 25 shots compared to Arsenal's 10. Yet after the final whistle, the manager claimed the most bizarre tactical victory. 'It's a bad result, but tactically it worked how we wanted,' he said. Remember who you're in charge of. 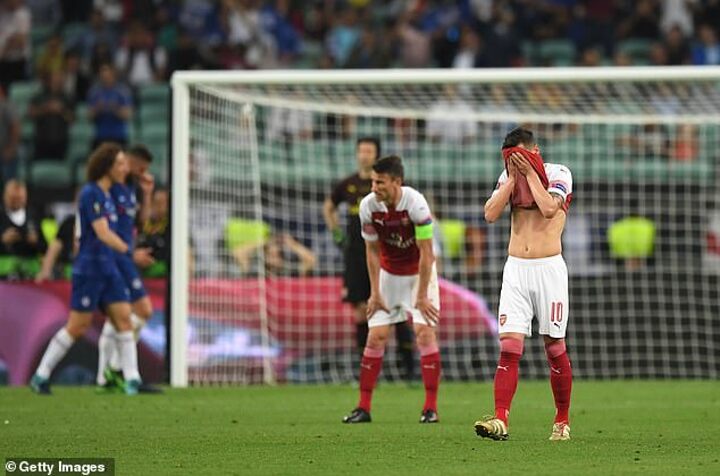 His negative tactics are becoming more evident as the weeks go by. Grab an early lead, which usually comes through a set-piece at present, and then sit back and hold onto the lead while trying to break on the counter. No attacking intent and continuously inviting the pressure on, with the backline retreating deeper as the minutes go by.

It's inevitably going to lead to an equaliser and this is fact when you look at the last four matches - three of which have been against Crystal Palace (home), Wolves (home) and Vitoria (away). These are all teams which Arsenal, on their day, should be outplaying and overcoming.

Emery's tactics have led to Arsenal dropping six points from winning positions, the fifth most in the Premier League behind Villa, Tottenham, West Ham and Manchester United. 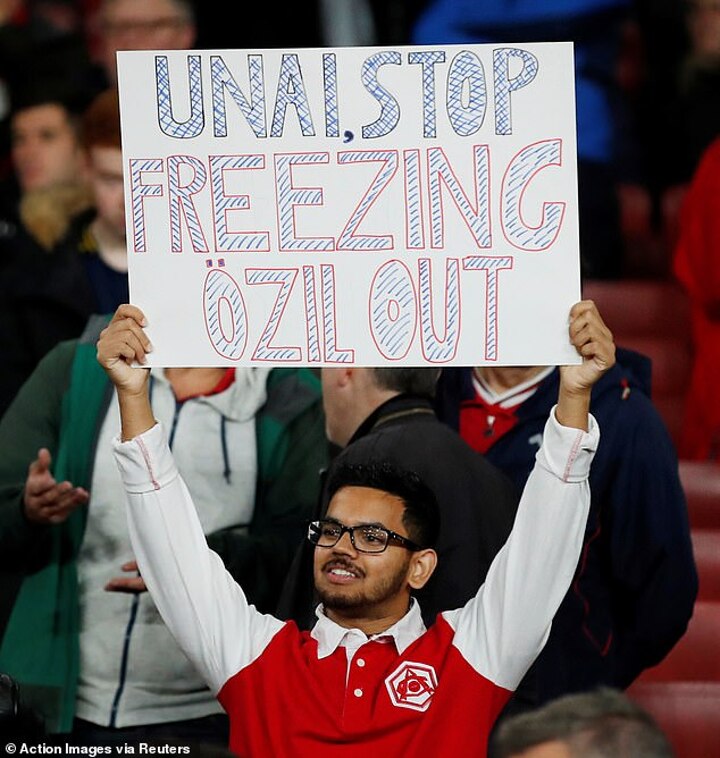 The Spaniard, who decided to freeze out the club's most creative player in Mesut Ozil, has led Arsenal's players to adapting an underdog mindset. If it wasn't for Pierre-Emerick Aubameyang, who knows where the team would sit in the table. The striker has bailed out Emery on plenty of occasions, claiming 10 out of the 17 points on his own from their 11 matches.

The majority of Arsenal fans were more than willing to be patient with Emery, considering the difficult task he had on his hands to replace legendary former manager Wenger.

But the run of form has been dreadful - winning just six of their last 18 Premier League games - and the team are playing dull and defensive football despite the vast amount of attacking threat at Emery's disposal. 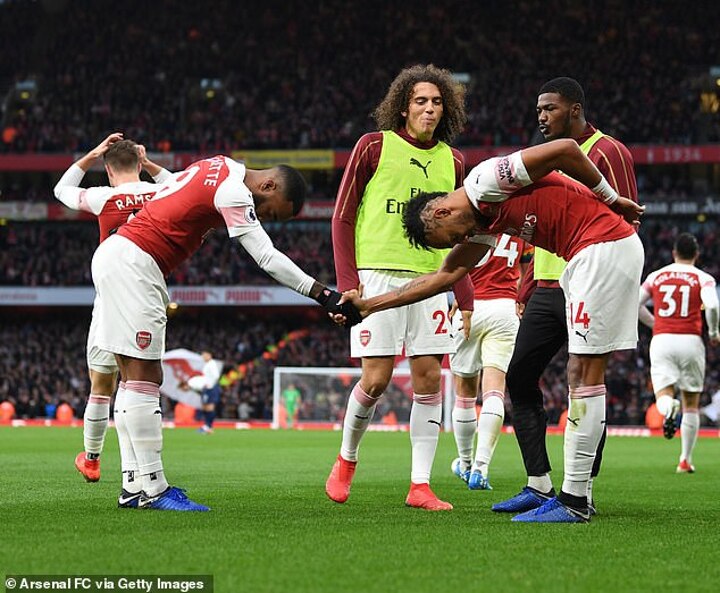 Arsenal have somehow become even more predictable than under Wenger and teams continue to pick them apart with ease.

This club needs a manager who can come in and implement a clear attacking identity onto the team immediately. Someone who can instill the confidence and cockiness into a forward line-up that thrives off goals, while finding that creativity in midfield again.

Unlike Wenger, Arsenal's hierarchy don't owe Emery anything. They certainly shouldn't be afraid to put him into the firing line. Even a victory at Leicester on Saturday would paper over the cracks, they should cut their ties now. 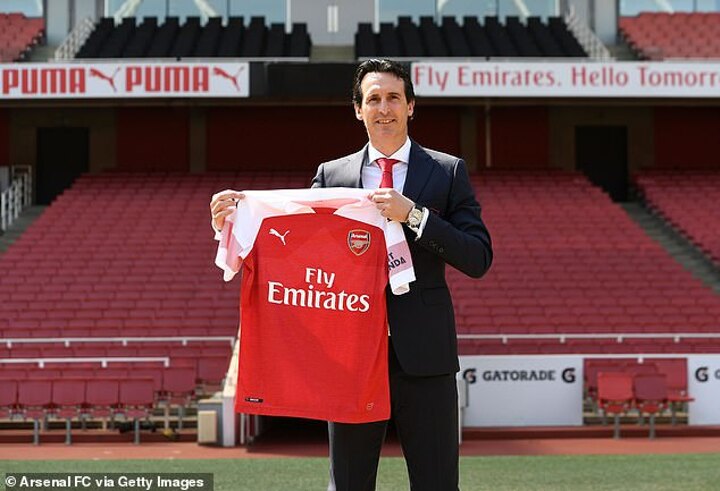 Arsenal must look for a young and fresh manager that can add excitement into the team once again.

If it means giving Freddie Ljungberg the job until the end of the season, then so be it. He knows the club inside out, has a brilliant relationship with the club's exciting youngsters and wouldn't be afraid to play attacking football. If he exceeds expectations, then great. If not, there are plenty of ambitious candidates who can lead us forward in the summer.

Arsenal remain a big club worldwide and they need to act like one both on and off the football pitch, otherwise we could fall further and further into mediocrity.