Arsenal appeared to reveal Eddie Nketiah's next destination by accident on their club website. 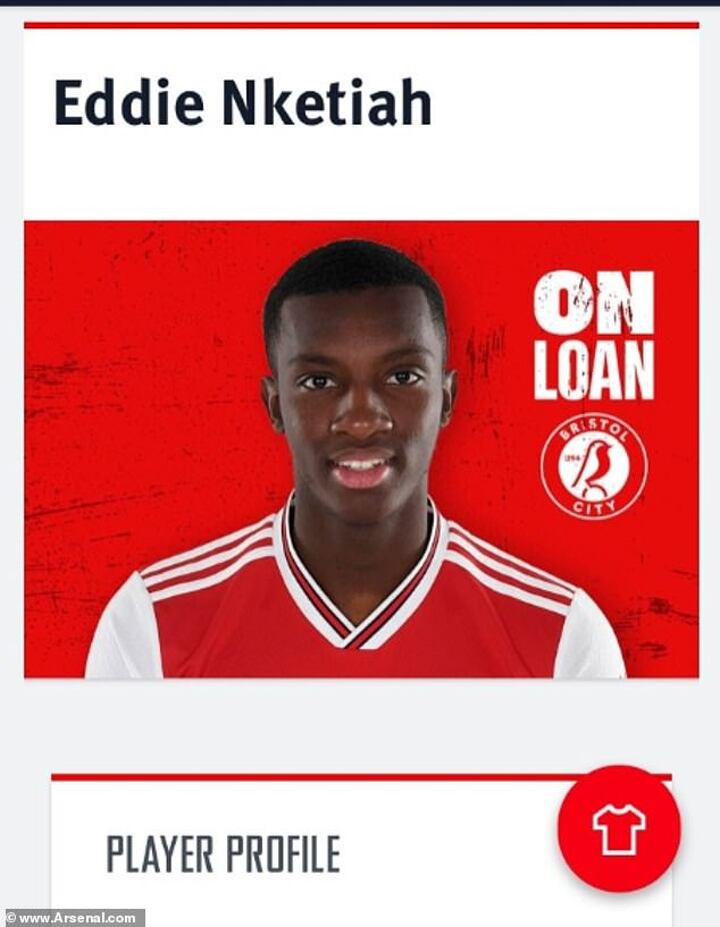 A photo of the starlet's profile on the club website had a Bristol City badge next to his name with the caption 'on loan'.

This is despite no announcement being made by the Gunners at this stage.

Nketiah will pick from Aston Villa, Bristol City, Sheffield Wednesday and Nottingham Forest who all want to borrow Arsenal's young striker for the rest of the season.

Nketiah, 20, has returned to Arsenal after spending the first part of the campaign at Leeds.

He scored five times despite starting just four games with his 15 other appearances coming off the bench. As a result, the game time on offer will play a key part in his next choice of club.

Arsenal suffered a blow on Saturday when captain and top-scorer Pierre-Emerick Aubameyang was red card, leaving him facing a three-game ban although it is being appealed.

Manager Mikel Arteta said Aubameyang's imminent suspension would not have an impact on the club's decision to loan out Nketiah again.

He said: 'It didn't before and at the moment we have to think medium to long term with Eddie, we have to respect his evolution, his development, and we don't have to make decisions just based on two or three games I think.' 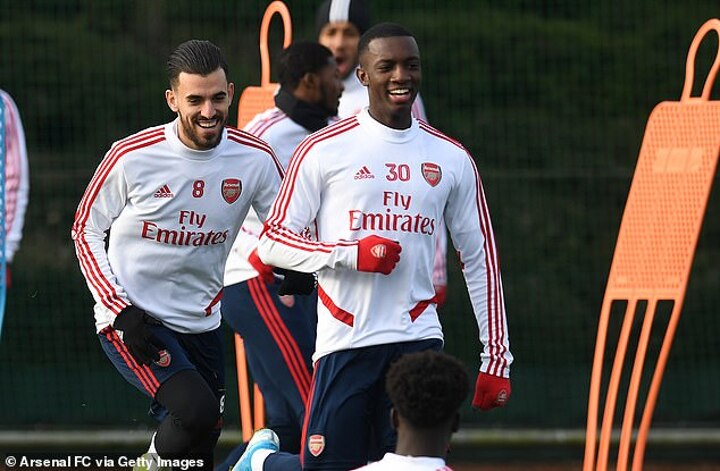