Rafa Benitez has revealed that Everton's hierarchy thought he had lost the passion to manage at the top, due to his time in China, but that was far from the case - with the Spaniard driven by the club's ambitious project. 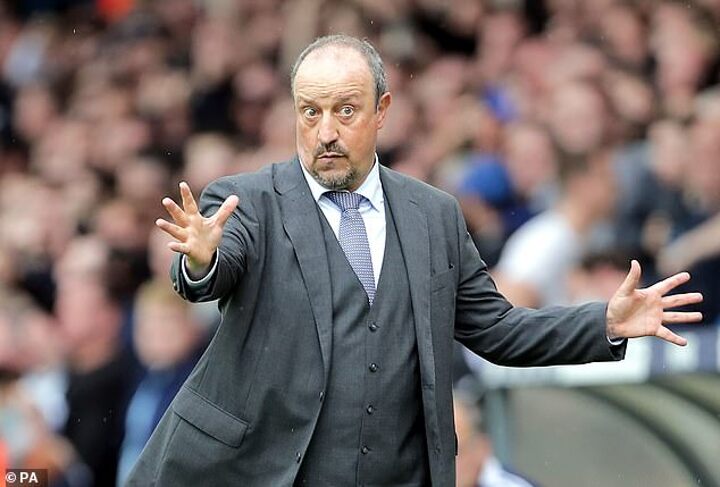 The former Liverpool boss was controversially appointed Toffees manager in June but has quickly swayed the Goodison Park fanbase following their terrific start to the Premier League season, where they sit fifth but just two points off the top.

Benitez had been out of work beforehand since January having left Chinese outfit Dalian Professional after 18 months in charge.

And the Spaniard says it was that spell in the Far East that left his new employers uncertain about his quest to succeed at the elite level which caught him by surprise.

'This [the Everton job] was a great opportunity,' he told the Liverpool Echo. 'The owners have ambition and they want to compete, they want to do well and there is the new stadium so everything was fine. It was just a question of agreeing that this was the right solution for me and for them.

'I spoke to Mr [Farhad] Moshiri [Everton majority shareholder] and then there was a big conference call with lots of people and then it was right.

'They wanted to ask questions and then, this was something which surprised me, they did not know me as a professional.

'They can read the press and maybe the ECHO and say 'he is this and he is that', but they think I have gone to China and then that is it. I went to China because I couldn't compete here and it was a great opportunity.

'It was a project with potential and money, but the pandemic changed everything. So coming here meant I could compete again. Owners with ambition.'

Despite spending just £1.7million in the summer transfer window on six players, Benitez is certainly getting value for money from main signings Andros Townsend (free transfer) and Demarai Gray (£1.7m).

The pair have been a catalyst for Everton's impressive campaign so far with Townsend having provided five goals and three assists across nine games, while Gray has three goals and one assist over the same amount of matches.

Benitez will be hoping to continue Everton's fine form on Sunday when they host West Ham in the league.