THOMAS TUCHEL has made the extraordinary claim that the Chelsea No 9 is 'cursed' and that none of his players want to touch it. 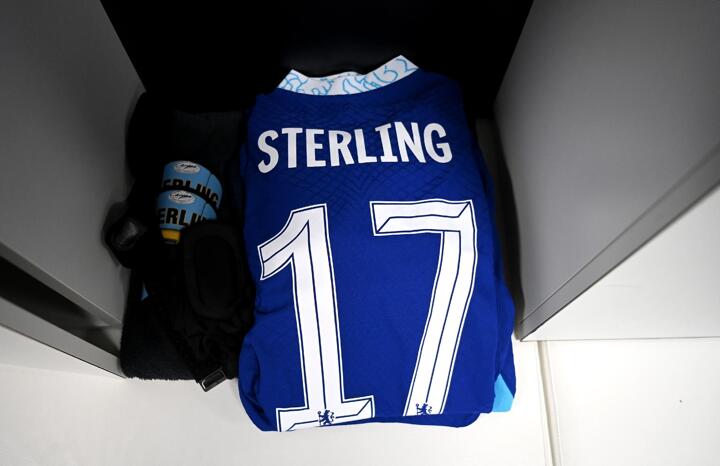 The Blues kick off their season at Everton tonight without any squad member assigned the traditional centre-forward's number and with no plans to bring in a new striker to fill the vacancy. 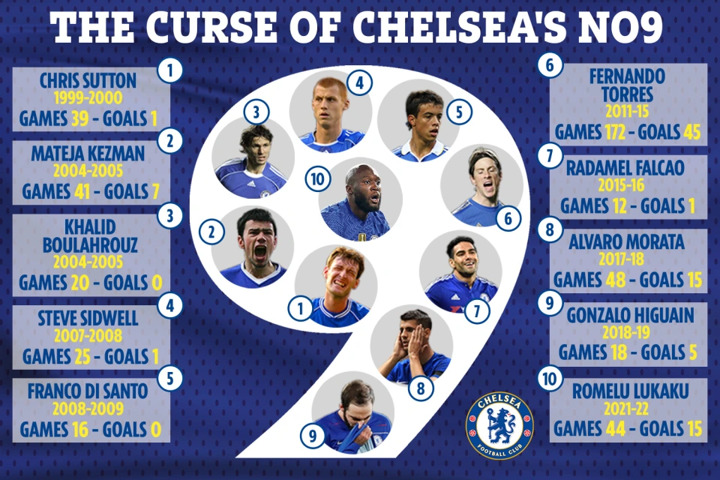 Romelu Lukaku, last year's £97.5million record buy, has been loaned back to Inter Milan after becoming the latest big name to flop in the No 9 shirt, with the Belgian scoring just eight Premier League goals last term.

During Roman Abramovich's 19-year reign at Stamford Bridge, the Blues signed SEVEN big-name strikers who wore nine on their backs — and all of them bombed.

Lukaku, Fernando Torres, Alvaro Morata, Gonzalo Higuain, Radamel Falcao, Hernan Crespo and Mateja Kezman all arrived in West London with glowing reputations, yet all fell foul of the curse which the superstitious German admits he believes in.

“It's not the case we are leaving it open for tactical reasons, for players to come in and take it.

“There was not a big demand for No 9, like when players sometimes want to change numbers. Surprisingly, nobody wants to touch it.

“So we now have a moment where nobody wants to touch the number nine. I'm superstitious, I can understand why players maybe don't touch it and have other preferences.

“It's like this but I think Raheem Sterling will help us a lot and in general it's our responsibility to create more offensive positions to have maybe more players in the box.”

While Manchester City and Liverpool have both recruited traditional centre-forwards in Erling Haaland and Darwin Nunez, Chelsea have gone in the opposite direction — farming out Lukaku and not bringing in a like-for-like replacement.

Kai Havertz and £47.5m new recruit Sterling are likely to play as 'false nines' in a more fluid system.

Although 20-year-old Albanian forward Armando Broja has returned from a loan at Southampton and may force his way into the starting line-up. Tuchel said: “Raheem is one of our offensive players. If we play in the same structure, it will be very fluid.

“(At centre-forward) it can be him, Kai, Timo Werner, also Broja who is now in the squad.

“Different profiles, different types of playing. Liverpool and City showed it is possible to be very successful with a fluid type of offensive player in the nine position.”

Tuchel is concentrating on bolstering his defence, with £55m Marc Cucurella joining from Brighton and Leicester's £85m-rated Wesley Fofana the subject of serious Chelsea interest.

But the manager admits his preferred wing-back system can prove cautious.

He said: “I'm generally confident we are able to win games. We managed to score a lot of goals in this system we play, the 3-4-3.

“The core and strength of the formation is a bit deep with three defenders and two central midfielders.

“So, from this, it's maybe the responsibility for the three attackers to be a bit higher than in other systems.

“So we are relying heavily on our wing-backs and still we think it's a good structure for the characteristics of our players. 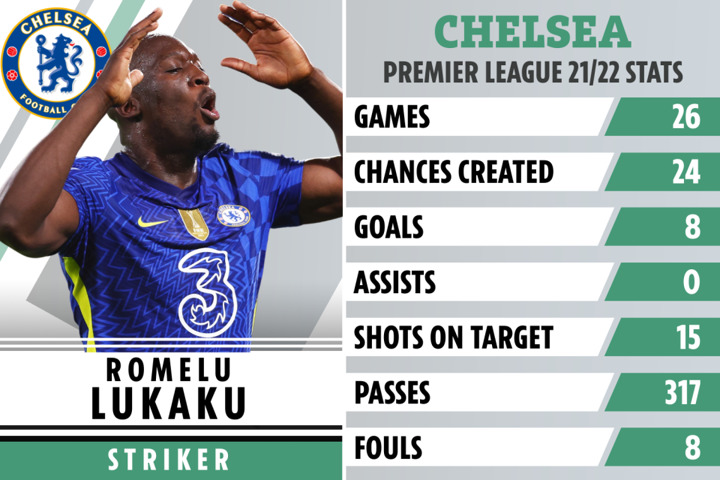 “We will adapt and we've got new quality with Raheem, which helps.”

Tuchel says he has suffered a “turbulent” pre-season, with a more hands-on approach in transfer dealings as new owner Todd Boehly stands in as sporting director.

And the German claims his squad is still in “transition” and that while Boehly is “ambitious”, he is also “patient”.

Tuchel says his side have benefitted from the “wake-up call” of a 4-0 pre-season mauling by Arsenal in the United States.

And as he prepares for this evening's trip to face Everton and Frank Lampard — the Chelsea legend he replaced as boss — Tuchel admits he does not want to pile pressure on his players by talking them up as title contenders.

He said: “My feeling is first of all, a race for top four, and second of all, the title race.

“We are challenging for that and there is no shame in it.”